The two turkeys will be presented at the official White House Turkey Pardon, but until then, they are living it up at the Willard Hotel. 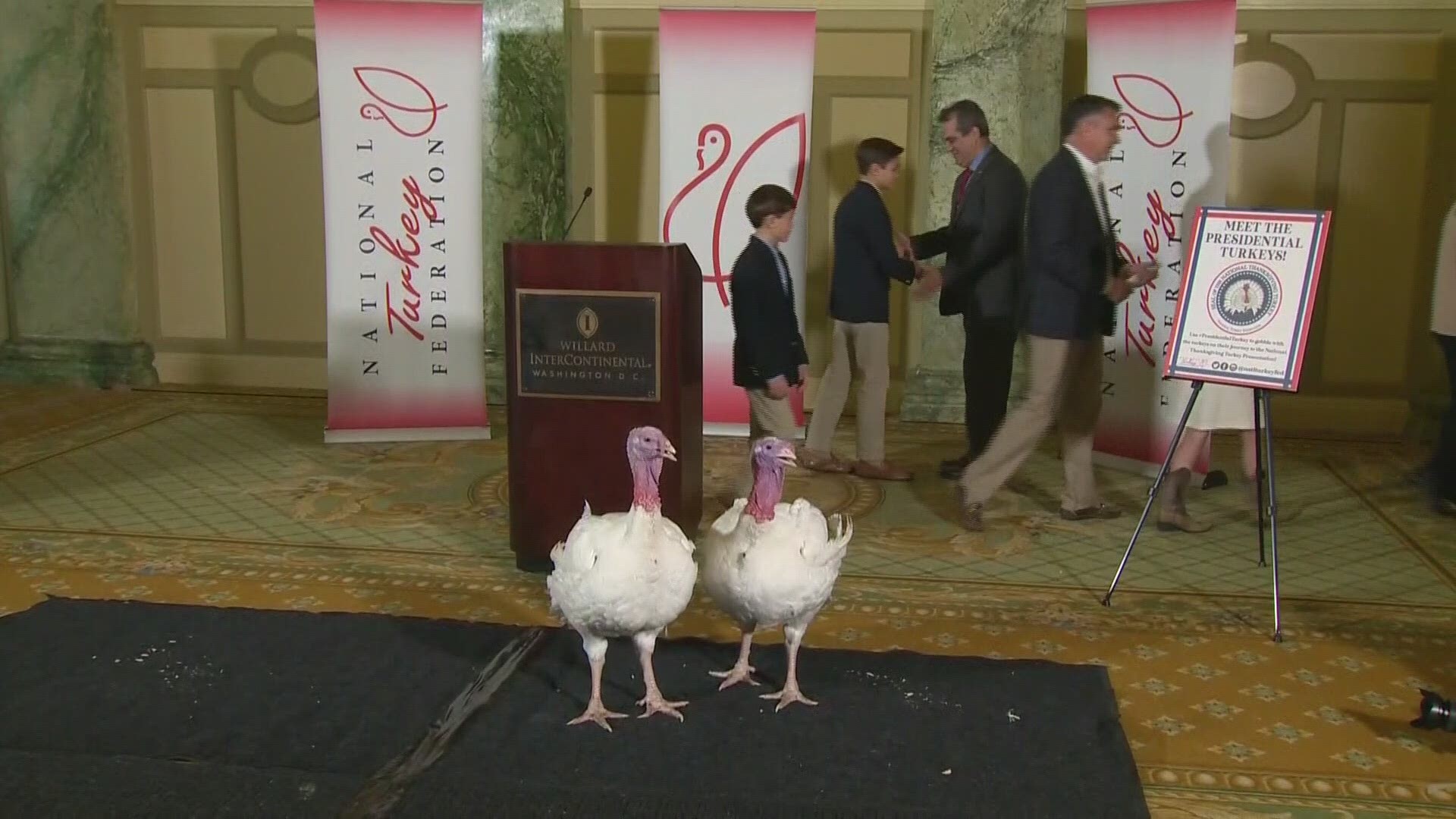 WASHINGTON — The official turkeys for the White House Turkey Pardon arrived in the District, and they arrived in style.

The two birds are currently living it up at the Willard Hotel right by the White House, where they will stay for the night before a press conference tomorrow. The conference is expected to give more information on the annual event, as well as announce their names.

The Chairman of the National Turkey Federation announced the names of the presidential turkeys on Monday morning.

Last year, the turkeys were named Peas and Carrots. After the votes were tallied, Peas got the honor of being the official 2018 Thanksgiving Turkey, but both were pardoned.

The National Thanksgiving Turkey Presentation is a tradition that first took off in 1947, according to the White House. The first president to grant a pardon came much later -- President George H. W. Bush was the first to formally grant the bird a Presidential pardon in 1989.

But the act of gifting a turkey to a president has been around even longer, according to the White House Historical Association.

"While 1947 was the beginning of the official turkey presentation from the poultry industry, the turkey pardon remained a sporadic tradition," a statement from the association read. "In December 1948, Truman accepted two turkeys and remarked that they would "come in handy" for Christmas dinner."

The official pardon is expected to take place on Tuesday.

Thanksgiving, is that you? The Presidential Turkeys have arrived in D.C.

1 / 25
The White House
The 2019 Presidential Turkeys have arrived in Washington, D.C. as they make their way to the National Thanksgiving Turkey Presentation!

RELATED: VERIFY: What you should know about the salmonella outbreak in turkey