Mostly peaceful election night despite fear over unrest in DC

Three arrests were made in DC during election night, but the mostly peaceful crowds dwindled late as the presidential race was still undecided. 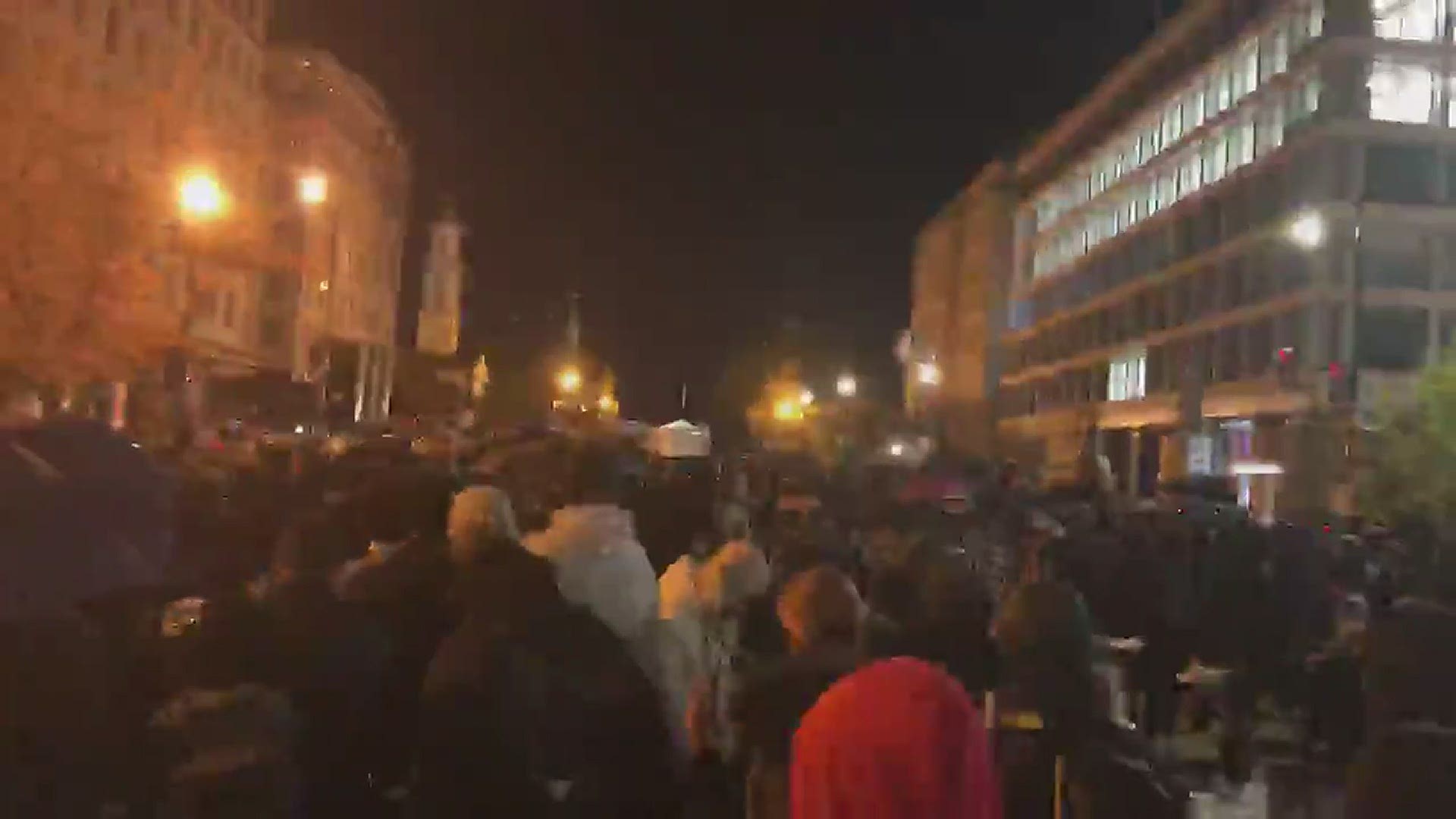 WASHINGTON — Three arrests were made by the Metropolitan Police Department on election night near Black Lives Matter Plaza, but mostly peaceful gatherings were seen throughout the District as election results rolled in.

While a trash can was set on fire, very limited destruction occurred through the night into early Wednesday morning.

Many businesses in downtown D.C. put plywood boards across windows and closed early Tuesday due to fears of protests and civil unrest similar to what was seen at times this summer in the city following the death of George Floyd.

But it wasn't just District businesses that prepared for the worst.

The fence request was made from the U.S. Secret Service as a “need to quickly de-escalate potentially violent encounters," according to the National Park Service's statement to WUSA9.

Fencing will encompass both the Ellipse and Lafayette Park, running down 15th Street to Constitution Avenue and continuing to 17th Street and H Street, until likely November 9.

First unrest of the night. I witnessed a young person in a light up mask made famous by “The Purge” movies chased by @DCPoliceDept before slipping and slamming into a curb where cops got him. He was part of a larger roving group wearing similar masks. One carrying a bat. @wusa9 pic.twitter.com/GZT2eoAKcv

"We have to ask ourselves, how did we get here and where are we going as a country," a D.C. resident wishing to remain anonymous said.

A contractor told WUSA9 that store owners, protecting their businesses are dealing with a shortage now, of plywood.

"Everyone's buying lumber and boarding up," a construction worker downtown said. "It's hard to find materials at this point."

Florida at Connecticut. A trash can set on fire. Something else in the middle of the street. Heading toward Adams Morgan. (@wusa9) #ElectionDay pic.twitter.com/3rssFUKt4a

There has already been fencing added around NPS land following protests in Lafayette Park over the summer after the death of George Floyd, and after some protesters tried to pull down an Andrew Jackson statue in the park.

Some fencing in the Lafayette Park area and around parts of the White House will be up until after the Presidential Inauguration in late February, according to the National Park Service.

The District's emergency operations center will open at 6 a.m. and it'll be online, likely for the entire week. D.C.'s head of DHS and Emergency Management said he does not see the need for a curfew yet, but said the situation can change in an instant, like we saw this summer during ongoing protests.

Calm at #BlackLivesMatterPlaza as the Macarena plays. #ElectionNight @wusa9 pic.twitter.com/mu0AYKLeG0