The game wasn’t decided until Rivera went for 2 after a 22-yard touchdown pass from Kyle Allen to Cam Sims with 36 seconds left in regulation. 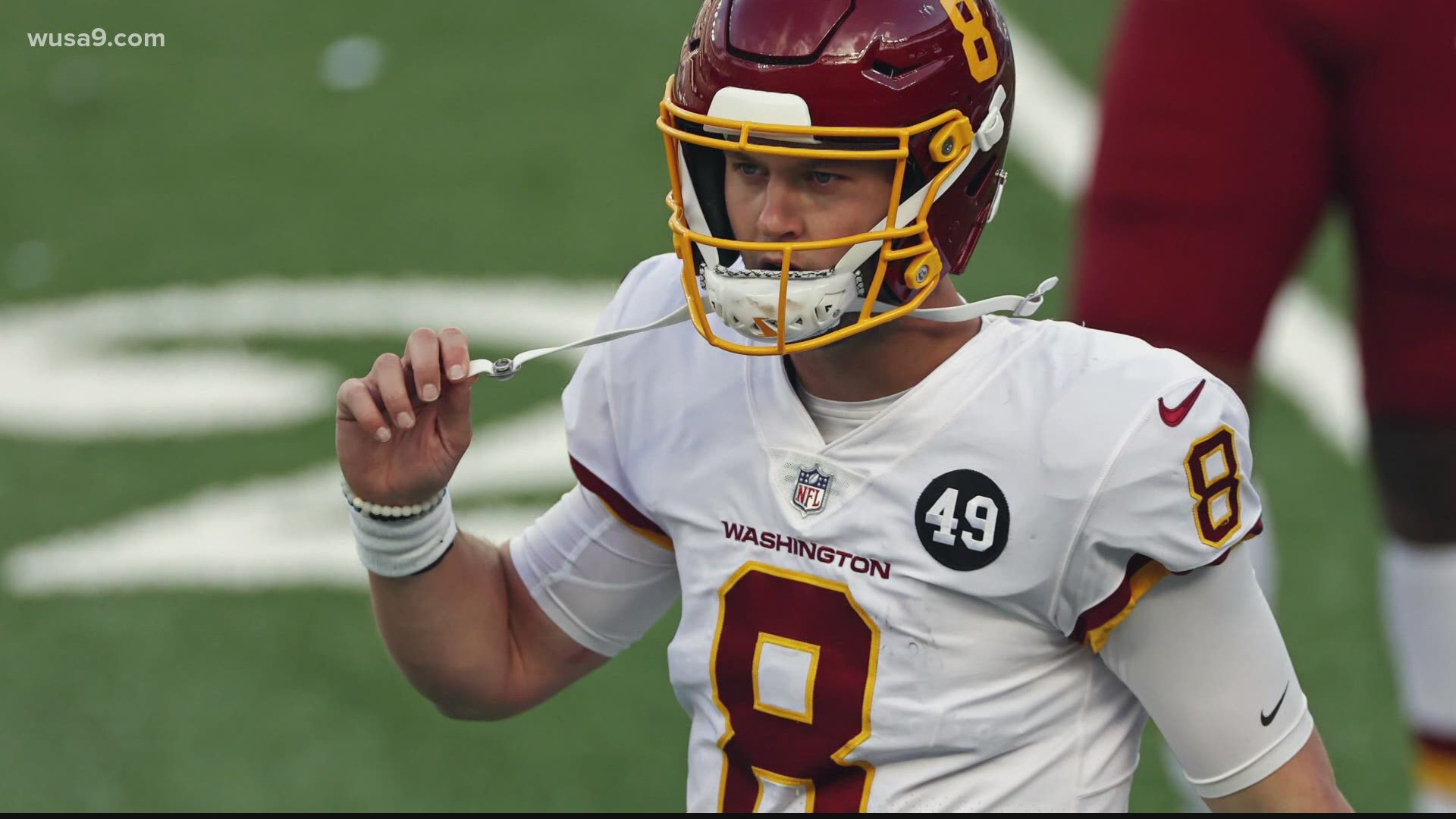 NEW YORK — Joe Judge and the New York Giants have finally won, and they have rookie Tae Crowder and a risky gamble by Washington coach Ron Rivera for making them relevant again.

Crowder, the last player taken in the NFL draft and the current Mr. Irrelevant, scooped up a fumble and ran 43 yards for a touchdown with 3:28 to play to give the Giants a 20-19 victory over Washington on Sunday in a battle of the two of the NFL’s worst teams.

The game wasn’t decided until Rivera went for 2 after a 22-yard touchdown pass from Kyle Allen to Cam Sims with 36 seconds left in regulation. It failed.

Instead of playing for overtime, Rivera had Washington (1-5) go for the win with a 2-point conversion in an attempt to get back in the mediocre NFC East race.

Allen found no one open, scrambled to his left and had his pass under pressure fall incomplete.

Washington rallied from a 10-point deficit to tie the game midway before a rare Giants quarterback pressure turned the game around.

On a third-and-9 from the Giants 45, linebacker Kyler Fackrell strip-sacked Allen for an 8-yard loss. Crowder chased down the bouncing ball, gained possession and ran untouched to the end zone — to the applause of teammates. No fans were allowed at the game at MetLife Stadium.

Allen threw a 5-yard touchdown pass to Logan Thomas, and Dustin Hopkins, who missed from 47 yards on the opening drive, hit two shorter field goals.
Jones, who rushed for a team-high 74 yards, was 12 of 19 for 112 yards and an interception by Kendall Fuller in the back of the end zone that ended a nine-minute-plus drive.

Allen was 31 of 42 for 280 yards and an interception by James Bradberry, which set up the Slayton score.

Washington used a pair of time-consuming 70-yard drives to tie the game at 13-all with 8:56 left in the fourth quarter.

Trailing 13-3 late in the second quarter, Rivera made a gutsy call on fourth-and-4 from the New York 40. Allen hit Dontrelle Inman for 15 yards after scrambling away from pressure. He capped the 13-play drive with a 5-yard rainbow toss to Thomas.

Washington's next game will be next Sunday against the Dallas Cowboys at 1 p.m. from FedEx Field.

#WashingtonFootball has 19 3 and Outs this season, That's the most in the NFL. @wusa9 @WUSA9sports pic.twitter.com/lHiNGVLO4s