Guidance from the Department of Education blocked DACA recipients and some other undocumented students from receiving relief money in the CARES Act. 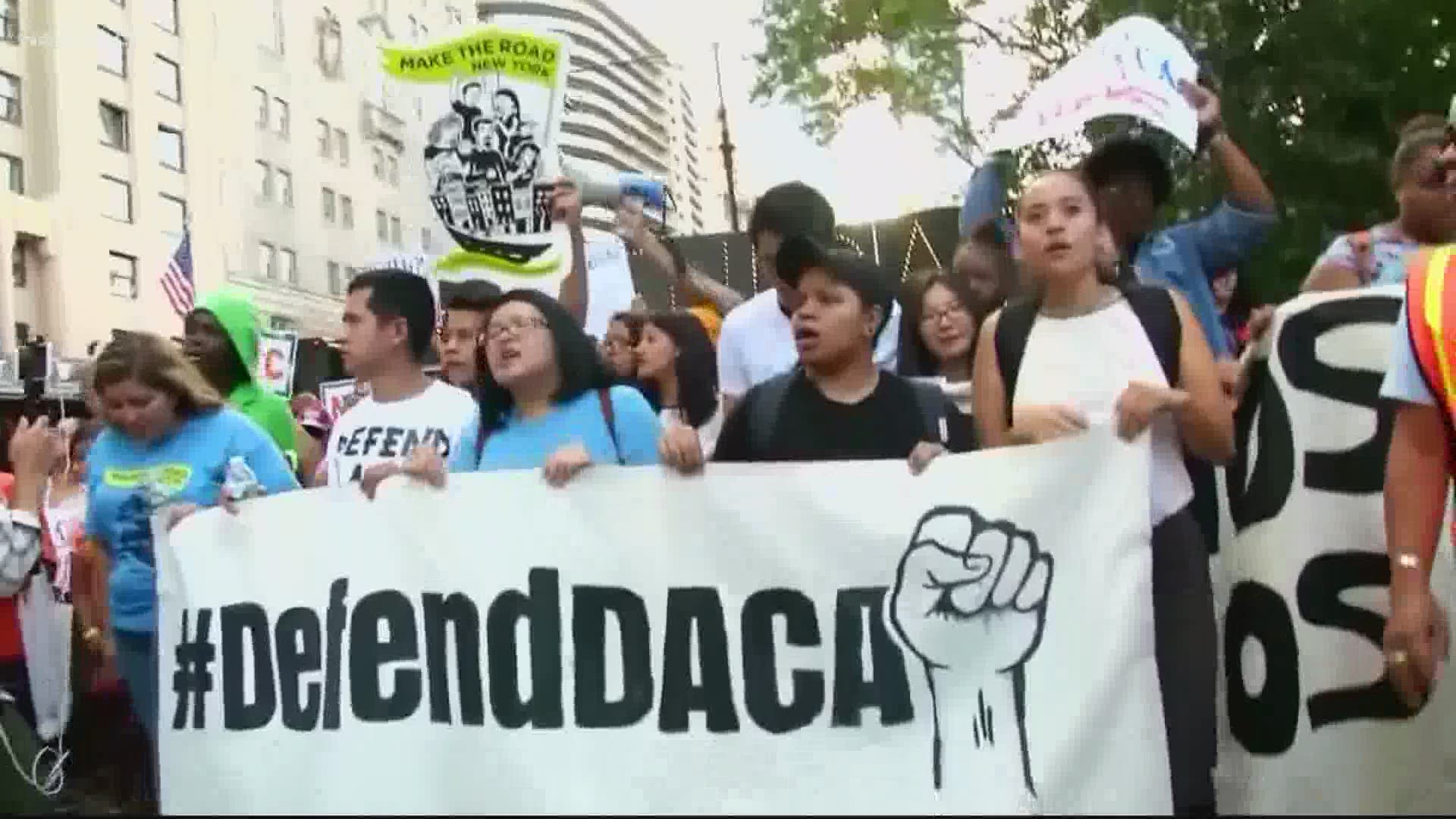 WASHINGTON — As Congress works to pass a second financial aid package during the coronavirus crisis, many undocumented students are hoping to get some relief this time around.

Guidance from the Department of Education blocked Deferred Action for Childhood Arrivals (DACA) recipients and some other undocumented students from receiving relief money in the CARES Act.

Quinonez moved to America with her mom to escape political unrest and an uncertain future in Bolivia.

“My mother didn’t want that for me,” she said. “She wanted me to have a better life – a better future.”

Quinonez is an undocumented immigrant in the DACA program which shields some immigrants from deportation.

She just graduated from Trinity Washington University in May but said the road to get there has been tough.

“This whole time I’ve been working full-time and also going to school full-time to be able to afford basic necessities,” Quinonez told WUSA9.

After the coronavirus pandemic hit the D.C. area, Quinonez’s mom lost her job which made the college student the primary bread-winner in their household.

Quinonez said she was looking forward to getting help from money meant to help students in the CARES Act relief package.

RELATED: Here’s what you need to know if you’re stopped by police during stay-at-home orders

Around $14 billion in aid money was given to college campuses, and nearly half of that money was intended to go directly to students in the form of grants.

“It could have made a difference in my life,” Quinonez said.

“Several weeks after the bill passed, Secretary DeVos released guidance on eligibility for students,” Wesley Whistle, Senior Advisor of Policy and Strategy at New America, said. “In that, she said that students had to be eligible for student aid under Title IV of the Higher Education Act, essentially cutting out DACA recipients and other undocumented students.”

Whistle told WUSA9 the CARES Act did not include the grants under Title IV, but instead, was new money that was created for the unprecedented coronavirus crisis emergency.

A spokesperson for the U.S. Department of Education sent WUSA9 the following statement:

“The CARES Act clearly ties eligibility for this funding to Title IV eligibility. Congress could have chosen to include DACA students and other foreign nationals in the legislation, or granted the Department the authority to send this money to noncitizens, but they did neither of those things. States, colleges, and universities have every right to help their DACA students financially, but they cannot use U.S. federal taxpayer dollars in order to do so.”

Whistle responded, “congress could have also put in a restriction for undocumented students, but they didn’t. Congress didn’t say that it was Title IV eligibility that mattered.”

Quinonez said the university she attended was able to find private funds to assist students during the pandemic, but undocumented students at other schools were not afforded the same opportunities.

If the HEROES Act passes through Congress, the House included new language that would prohibit the education department from imposing the same restrictions.

The act would only require a student to be enrolled in a college or university to be eligible for assistance.