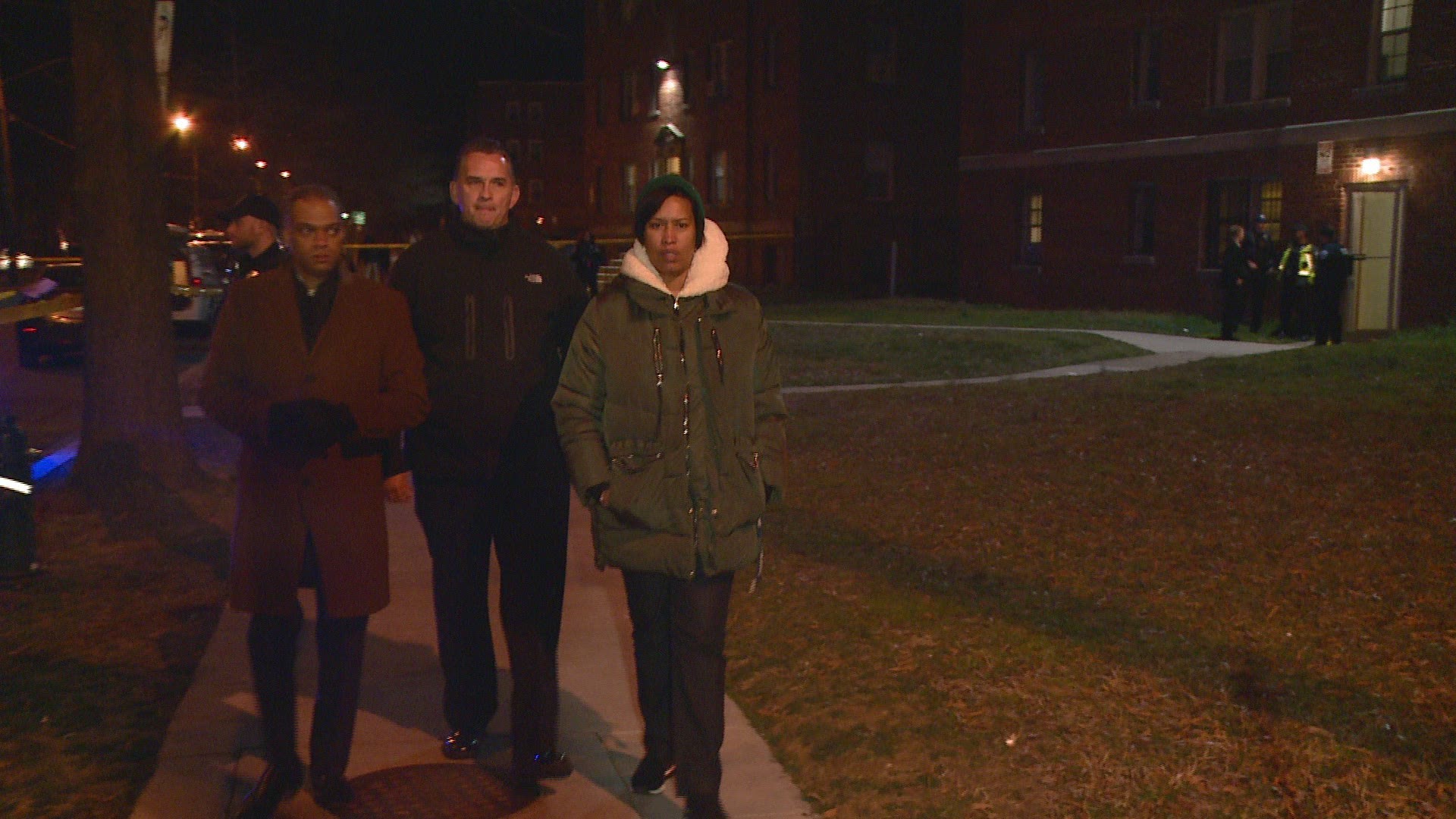 WASHINGTON — D.C. Police are investigating three shootings, one of which left two teens dead and one woman injured inside an apartment building on Saturday in the 6000 block of 13th Street, NW, around 5 p.m.

Police said the Northwest shooting was the third of three shootings that happened in the District between 4:18 and 5:02 p.m. At this time, it is not known if the shootings are related in any way.

Brandon Todd, a D.C. Councilmember, is the one who broke the news on Twitter about the two teens killed. The District's Mayor, Muriel Bowser, also held a news conference to report the information following the deadly shooting in Northwest.

Police identified the teen victims of the shooting as 17-year-old Wilfredo Torres and 16-year-old Jamie Zelaya.

"We're very concerned," said Bowser in her opening statement. "I know the police are going to be aggressively investigating. We need any and all help we can get. We are in a lovely neighborhood, and we know that a lot of people are concerned about what happened here tonight."

Bowser also stressed that those in the community should reach out to D.C. Police if they know anything.

D.C. Police said it's asking the public to be on the lookout for a small black vehicle that was seen fleeing the shooting. They believe the Northwest shooting was a targeted shooting.

RELATED: Police: 2 women unintentionally shot in Southeast, 1 of the bullets hit a woman in her car