“We have decided that we don't want the clubs, that now we don’t want nightlife," Marc Barnes said. 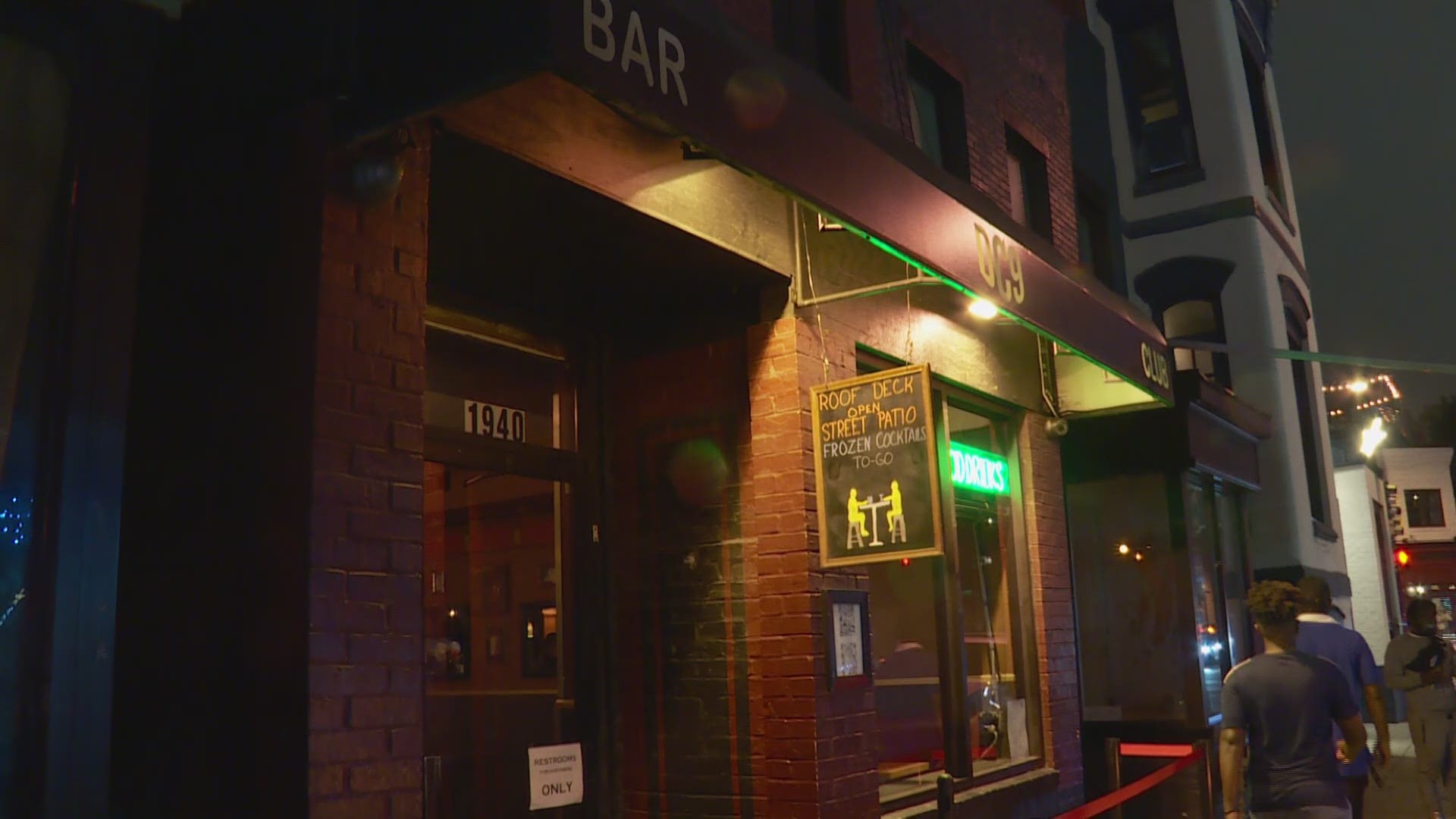 WASHINGTON — The economy is still in recovery mode as the D.C. region reopens from the coronavirus pandemic. Stores, shops, and restaurants are revamping their business models for the new world we’re living in—and that includes how nightlife will look across the District.

The Park at 14th nightclub has been one of the premier destination spots for an upscale club experience in D.C. On a Friday or Saturday night, you’d see lines wrapped around the block to get in, but that’s changing for the foreseeable future.

“We have decided that we don't want the clubs, that now we don’t want nightlife. We want you to do your birthday party, we want to be more speakeasy,” said Marc Barnes, owner of The Park At 14th.

On any given weekend, pre-pandemic, thousands of people flocked in and out of their D.C. location.

“Nightlife has become too much,” Barnes said.

Like many business owners, Barnes had to figure out a way to financially survive the pandemic.

“It was eye-opening,” Barnes said about the reopening of the region.

Their doors were closed for months and the future was unknown until the once crowded club decided to reopen solely as a restaurant.

“People don't dance in clubs, anyway. So, when we did open back up as restaurant only we noticed people were spending more,” Barnes added.

Economically, Barnes said it’s the best decision they can make. He detailed all the money the business is saving by opening only as a restaurant.

“We noticed people were spending more. It was easier. I mean we were spending $15,000 in security $10,000 In DJs, another $6,000 in police outside, insurance was out of control for nightlife,” Barnes added.

#GetUpDC This morning we’re speaking with on DC Nightclub owner who has decided to hang up the hat on the club life. We’ll tell you about what’s next for ⁦@TheParkat14th⁩ on ⁦@wusa9⁩ pic.twitter.com/w4aIWncce1

What’s next for one of the faces of D.C. nightlife is still up in the air. Barnes said he’s not worried about losing patrons.

Nightlife restrictions will be lifted Friday, June 11, 2021, after more than a year and venues will be able to stay open until 3 a.m.

RELATED: 10 Smithsonian museums to open on modified schedule this summer