Judge Lynn Leibovitz previously said the maximum time the teen can be held, even on a murder charge, is until she turns 21. 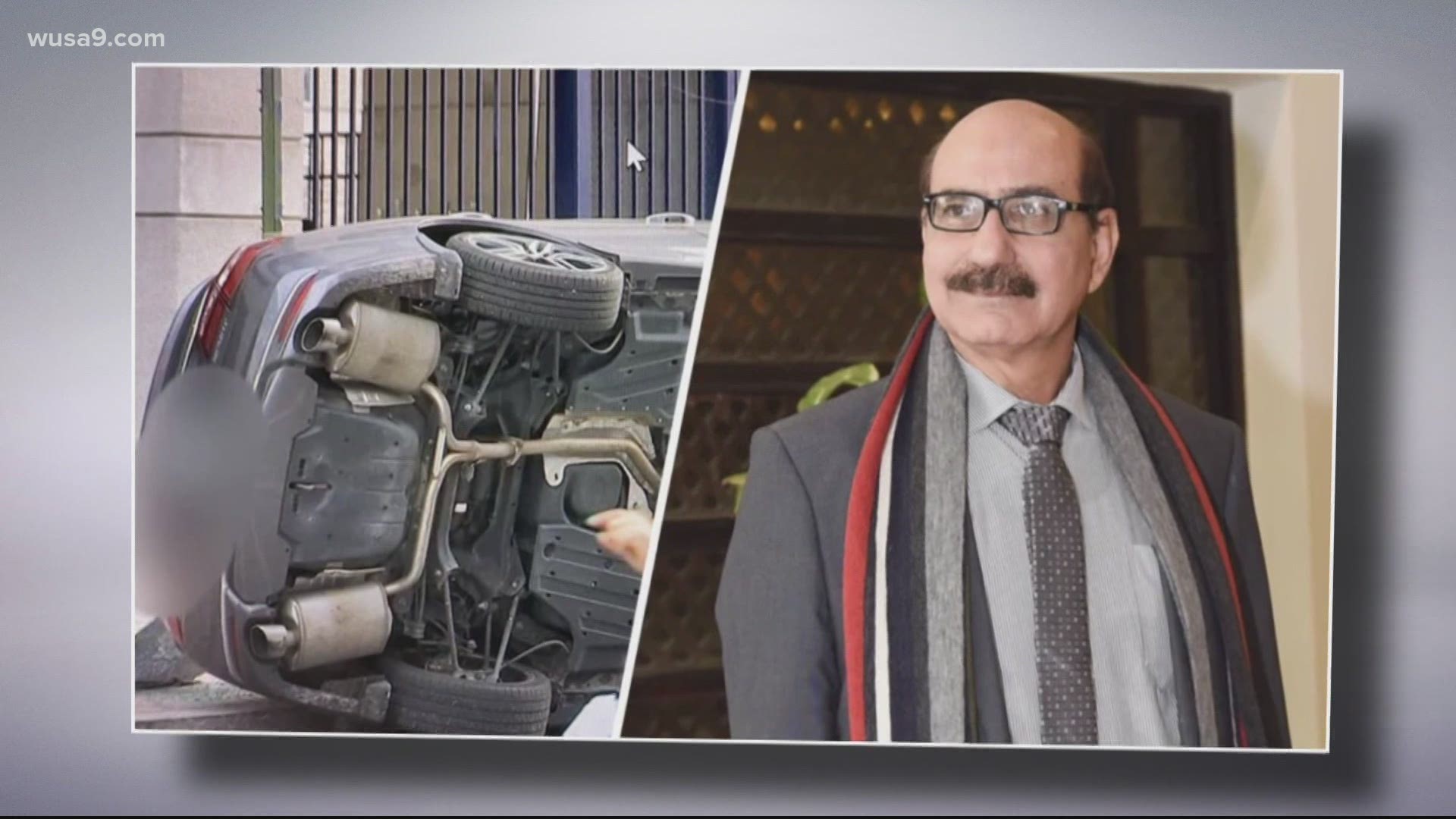 WASHINGTON — A 14-year-old girl who pleaded guilty to second-degree murder in the attack on UberEats driver Mohammad Anwar near Nationals Park in March was committed Tuesday to a youth facility until she turns 21.

D.C. juvenile court judge Lynn Leibovitz gave the girl, who was 13 at the time of the attack, the maximum legally allowable sentence.

The teen was the youngest suspect linked to this fatal carjacking and was detained with another girl, 15, who also pleaded guilty to murdering Anwar, a grandfather and immigrant from Pakistan.

The prosecutor said the girl showed no remorse, allegedly muttering to herself when she thought no one could hear after she was arrested, "If you gave me my f'ing phone, the jacks would have still been alive, but no, you want to put my damn phone in your pocket."

"When Mr. Anwar called out for help and bystanders came, she chose to lie about whose car it was," the prosecutor said. "[She] chose to grab the steering wheel, chose to put the car in gear, chose to repeatedly tell [the other girl] to go."

The girl told the court she was sorry, but her statement beyond that was very hard to hear or understand. The prosecutor said the 14-year-old is still awaiting sentencing for stealing two other cars.

The girls were both charged with felony murder and armed carjacking, and they were prosecuted as juveniles, even though D.C. law allows 15-year-olds who commit the most serious crimes to be tried as adults. There is no provision under D.C. law to try a 13-year-old as an adult, even for murder.

The younger girl's attorney, Coury Muscagni, had asked for her to be committed until she turned 18. He said she has shown remorse and wishes she could take back what she'd done. Muscagni said she has become more thoughtful about her actions and has been a model detainee at youth services.

Prosecutors later agreed to drop armed carjacking and other charges against the 14-year-old girl in exchange for the guilty plea. Leibovitz previously said the maximum time the teen can be held, even on a murder charge, is until she turns 21.

D.C. police said the two teen girls tried to take Anwar's car using a Taser, which resulted in a rollover crash.  Prosecutor Baki Baruwa said Anwar had agreed to give the girls a ride in his Honda Accord, but when they got to a side street near the ballpark, the girls tried to take his car and his belongings.

Baruwa said the youngest girl stayed in the passenger seat, while the 15-year-old girl climbed into the driver's seat. He said Anwar pleaded with passersby for help and asked them to call the police, but the older girl lied to the witnesses, telling them it was her mother's car.

Anwar blocked the older girl from closing the driver's door, but was half-in and half-out of the car as one of the girls screamed, "Go, go, go!" and jammed it into gear, according to Baruwa.

A gruesome video shows the Accord racing down Van Street SE, with the driver's door flapping open and Anwar hanging on. The door slams into a tree and crushes him, then continues speeding down the street until the older girl makes a sharp right on N St. SE and the car flips over, throwing Anwar to the pavement and killing him.

Both girls jump out of the car and try to escape, but are stopped by witnesses.

"All true?" the judge asked the girl in the hearing.

Then the judge asked her to raise her right hand.

"How do you plead?" the judge asked.

"Guilty," she said in a calm, clear voice.

WUSA9 has agreed to withhold the names of the two girls as a precondition for attending hearings. WUSA9 does not typically name juveniles accused of crimes.