MPD said between Saturday and Sunday evening there were ten people shot in six different shootings. 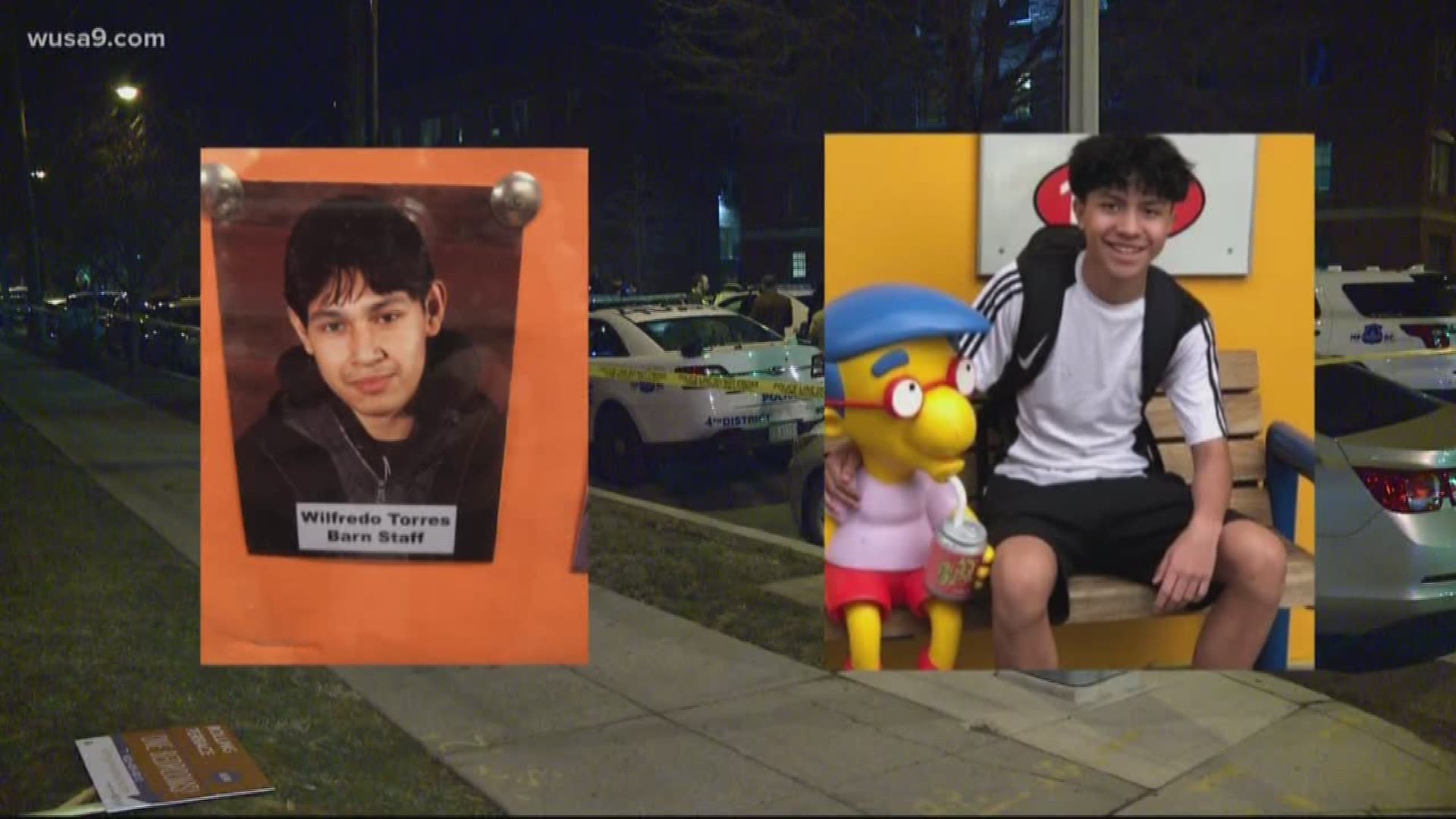 WASHINGTON — What began as a string of shootings in a matter of minutes late Saturday afternoon continued on throughout the weekend into Sunday afternoon. In all, ten people were shot, three of whom died.

According to D.C. Police, there were a total of seven shootings across the District over the weekend. In six of these, someone was hit by bullets.

The worst of the tragic weekend came when two teenagers were killed in a triple shooting in the Brightwood neighborhood of Northwest around 5:02 p.m., Saturday, according to D.C. Police -- who as of Sunday evening said an additional triple shooting left one man dead.

Police identified the teen victims of the Brightwood shooting as 17-year-old Wilfredo Torres and 16-year-old Jamie Zelaya. An adult female was also shot in the Saturday triple shooting and was treated for non-life threatening injuries.

“It’s too much. It’s just too much,” area resident Eric Clark said. Clark lives in Brightwood.

The shooting investigations across D.C. started Saturday when police said a person was shot on Elvans Road in Southeast at 4:18 p.m. It was followed by a shooting where no one was hit by bullets, but a man was shot at, on Minnesota Avenue in Northeast around 4:30 p.m.

These two shootings were followed by the deadly triple shooting in Brightwood in the 6000 block of 13th St, NW.

The last shooting Saturday happened around 8 p.m. on New Hampshire Avenue in Northwest and left one man shot.

The Okie Street shooting is the one that took a third person's life in D.C this weekend. The person's name has not been released.

MPD said they are continuing to investigate are the shootings that happened over the weekend.

Since the beginning of 2020, there have been 26 murders in the District of Columbia. This time last year, there were only 23 murders.

RELATED: Police: 2 women unintentionally shot in Southeast, 1 of the bullets hit a woman in her car

RELATED: Police: Pedestrian killed after being struck by car in Montgomery County