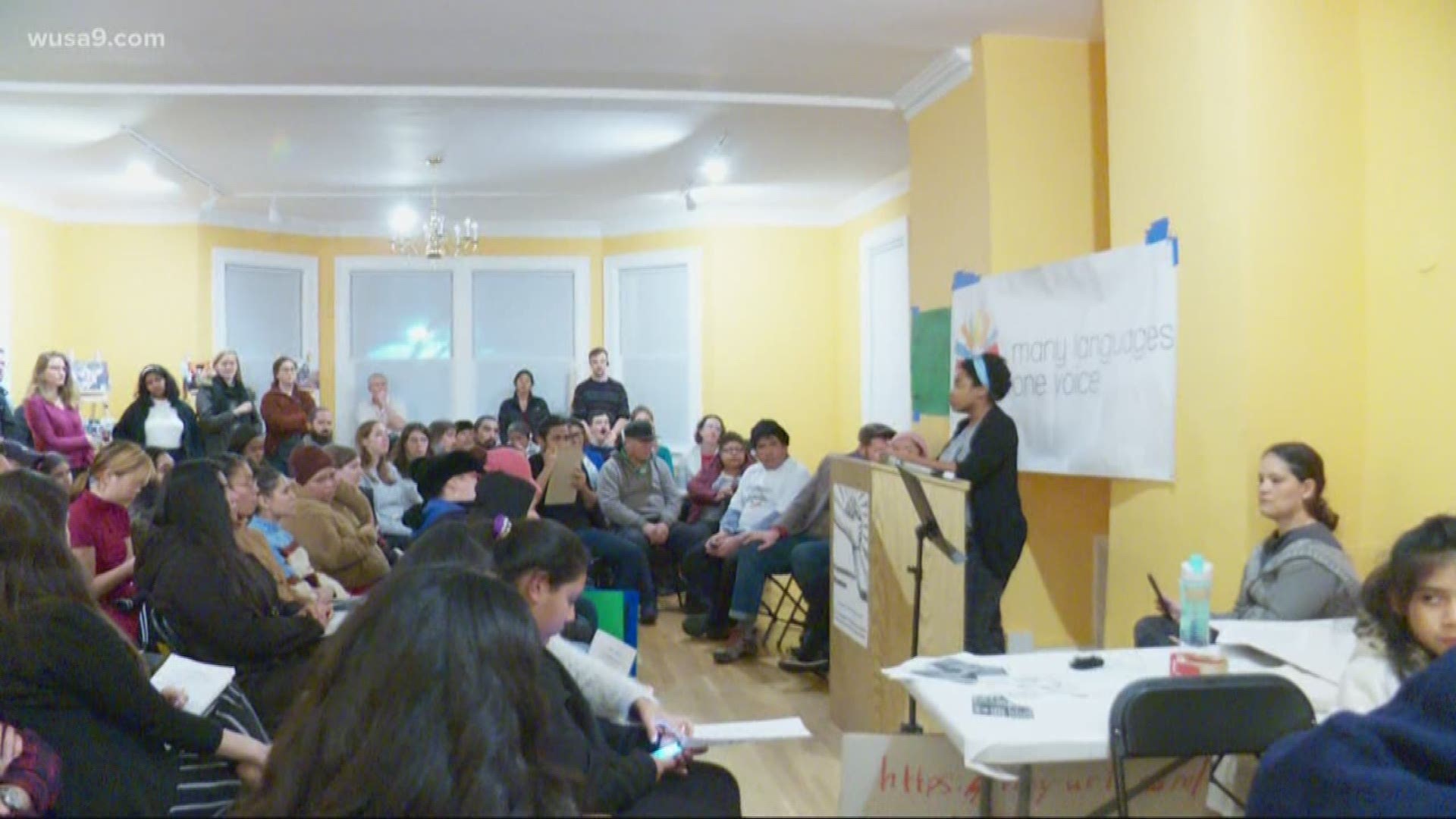 WASHINGTON — Community groups are still pushing for changes to how the D.C. licenses street vendors.

About two weeks ago, street vendor Genesis Lumes, 15, accused DC Police officers of assaulting her near the corner of 14th and Spring Streets in Columbia Heights.

She said the officers were angry that she was selling food on the street without a proper license. MPD has said it is nvestigating the incident.

Lumes' case set off a greater discussion about the restrictive regulations vendors face when they try to obtain a street vending license from the DC Department of Consumer and Regulatory Affairs.

The groups "Vendedores Unidos" and "Many Languages One Voice" held a public forum Monday night to discuss the issue.

"We wanted to hold our Councilmember Brianne Nadeau, the Mayor and all of our city government accountable for the treatment of hardworking people here in the city," Megan Macaraeg, of Many Languages One Voice, said.

Nadeau said she has been working for months to streamline the street vendor licensing process.

"There shouldn't be this much red tape," Nadeau said.

At the meeting, she said her office has identified a commercial space where vendors could possibly sell and cook their food, as D.C. law requires. Nadeau said vendors can also take advantage of free training sessions to become certified by the health department.

Finally, the councilmember said she is looking to identify a space, along 14th Street in Columbia Heights, where vendors can set up shop freely.

"We're going to work with Parks and Rec to get a market license," Nadeau said.

MPD did not attend Monday night's meeting at the Josephine Butler Parks Center.

Macaraeg said organizers disinvited the department before the forum.

"Our community no longer felt safe inviting the police to our events," she said.

WUSA9 reached out to MPD about its invitation and is awaiting a response.