No limits found on turkey purchases. 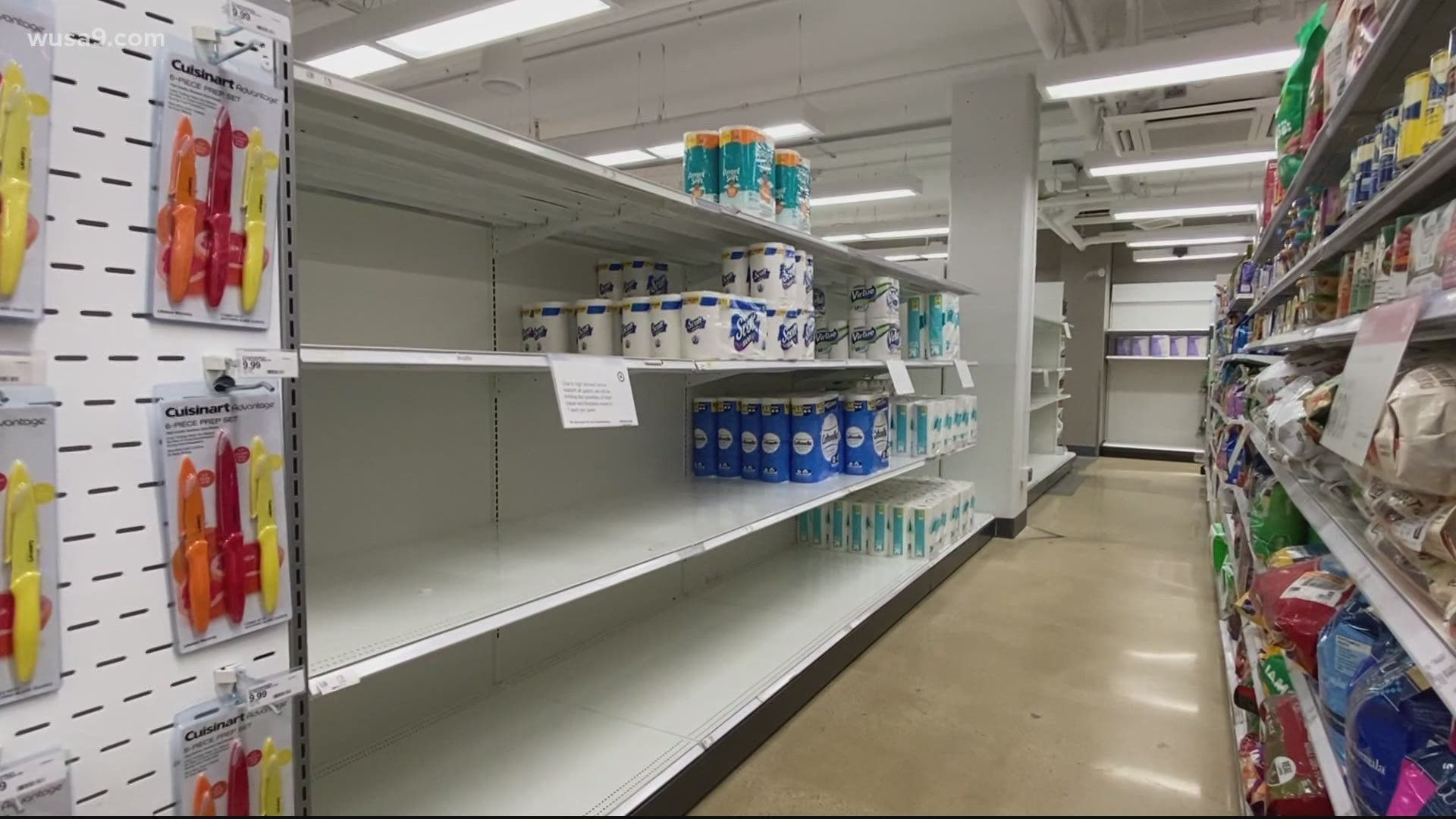 WASHINGTON — If you’ve been shopping, you might have noticed something you haven’t seen since the beginning of the coronavirus pandemic-- wiped out store shelves. This is typically the time of year where we see stores packed as shoppers gear up for the Thanksgiving holiday.

WUSA9 wanted to check in with stores in our area about what the holiday rush is looking like this year, and if there are any limits on certain items you can buy.

If you’ve been in a Target store lately, searching for toilet paper, you’ve probably seen signs limiting how many packs you can buy, the same goes for paper towels.

It’s the common theme around metro area stores. Safeway released a statement saying all their stores are limiting the amount of toilet tissue and paper towels their customers can buy to just one per purchase.

Giant Food stores have also placed limits on such items. Their limit is two per customer.

Thankfully, Safeway said there are no limits on the turkeys. They said those sales have been “robust.”

Empty shelves and purchase limits. We’re talking about what you need to know before you head to the stores to do your Thanksgiving shopping on #GetUpDC @wusa9 pic.twitter.com/6litWUF9wD

Dr. Mary Alvord, a psychologist said, there’s a science behind the extreme purchasing of such items in times of panic.

"The brain is well-equipped to handle a certain amount of anxiety, but then the false alarms, which is a term we use is when the brain goes into overdrive,” said Alvord.

Items like disinfectants have been scarce since March. Giant Food stores have also placed a two-item limit per purchase on those as well. Target also has limits on how much Pepcid and Tylenol you can purchase.

Both grocery chains have seen a steady flow of customers purchasing traditional Thanksgiving items. If you’ve waited until this week to hit the stores, all the fixings for a good Thanksgiving dinner should still be on the shelves waiting for you.

RELATED: You can get a turkey fried at Nats Park this coming week

RELATED: 'This is what the church is about' | Virginia church hosts drive-through food giveaway