Hundreds have written notes and left flowers at the Shaw neighborhood memorial that pays respect to the deceased Supreme Court Justice. 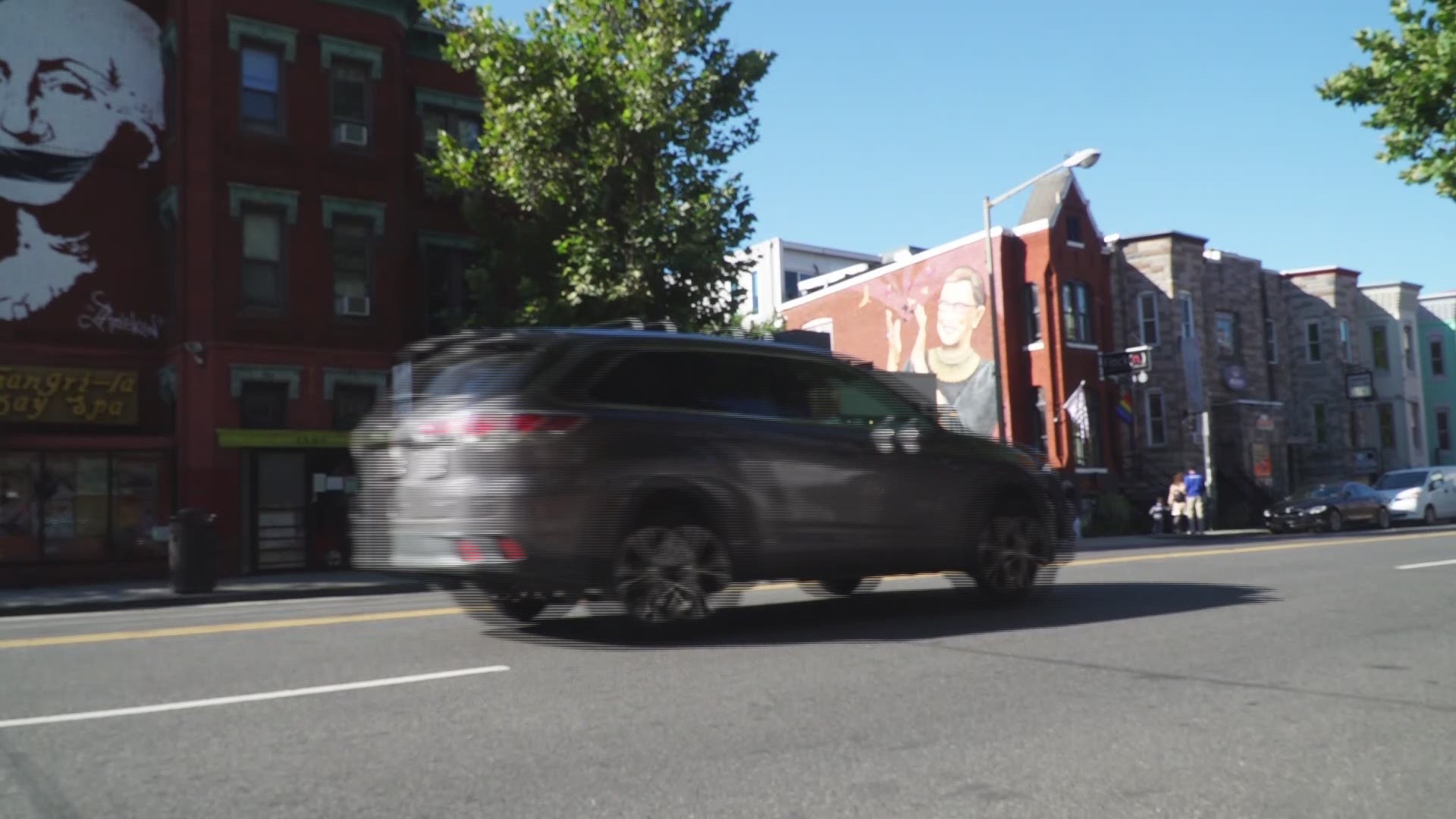 WASHINGTON — A mural of Ruth Bader Ginsburg has long been presiding over and offering inspiration to those in D.C.’s Shaw neighborhood, becoming a gathering place for an outpouring of grief and gratitude to the late Supreme Court Justice.

Artist Rose Jaffe said she felt honored to get the commission to paint the portrait in the first place.

And Sunday morning, as she visited the alley near the intersection of 15th and U streets, Northwest, she said she was moved by the community’s outpouring of love.

“I didn’t know what to expect. And this is just blowing me away. I hope that this lives on as a monument to her," said Jaffe.

The brick wall beneath her portrait has been covered in post-it notes with personal messages of grief.

“It feels like a blow when you’re already kind of down on the ground," said Jaffe.

The post-it notes read of grief and sadness- so many are feeling right now.

Nora Carpenter, said she wanted to come to the site because Ginsburg is a role model she hopes to emulate someday. “Today I set a card in thanks to RBG, because she’s awesome, and I love her," said Carpenter.

Christily St. Sauver also wanted to contribute to the memorial. She wrote a note of gratitude- and held back tears- describing how Ginsburg's life of public service made her own dreams possible. “People like her put in so much work, so that people like me could have it easy- relatively," said St. Sauver.

“My thanks to her is that I was an air force officer and a mother. That being one, I didn’t have to give up the other, because of a case that she argued," said St. Sauver.

One note reads ‘Let her rest in peace. we’ve got it from here.’

It's a sentiment Jaffe said she shares- and hopes others will too.

“I was trying to think what would RBG have wanted for those who really love and respect her and I think she would want people to be galvanized to action. And know that they can really make a difference if they get involved in politics.”