Following the death of Supreme Court Justice Ruth Bader Ginsburg, women attorneys around DC spoke to WUSA9 about the inspiration Ginsburg provided them. 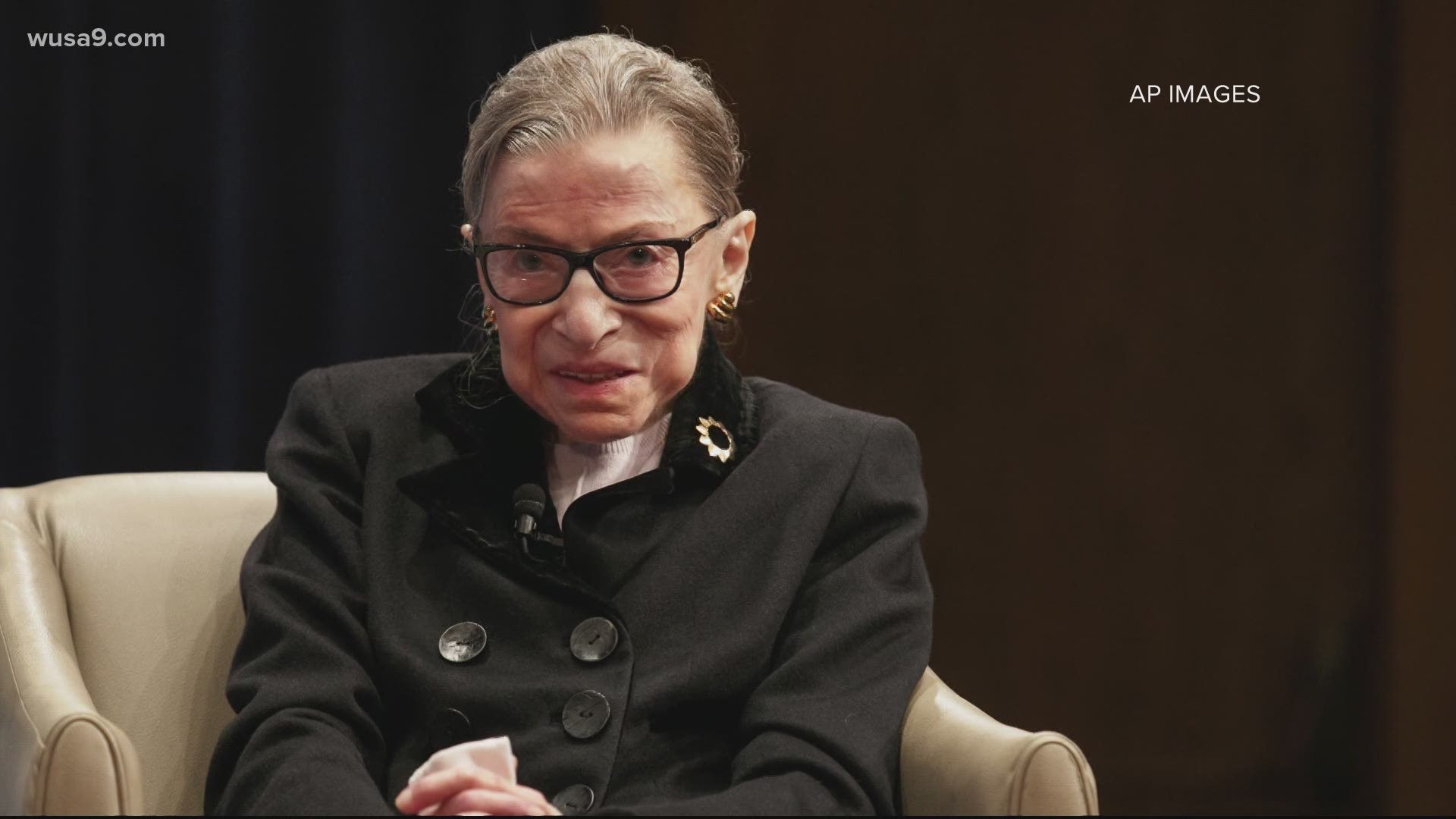 WASHINGTON — Following the death of Supreme Court Justice Ruth Bader Ginsburg, women attorneys around Washington, D.C. spoke on Saturday about the impact Ginsburg had on their careers.

Ginsburg's death led to crowds of people gathering outside the Supreme Court building over the weekend while others posted messages of the inspiration they received from Ginsburg.

National Women's Law Center President and CEO Fatima Goss Graves posted a series of tweets on Saturday and said the Supreme Court justice helped push her toward her profession.

"I became a lawyer because my family had been plaintiffs in a groundbreaking school desegregation case. But I became a women's rights lawyer because of Justice Ginsburg," she tweeted. "Just as she inspired me to fight back then, her legacy inspires us to keep fighting now." 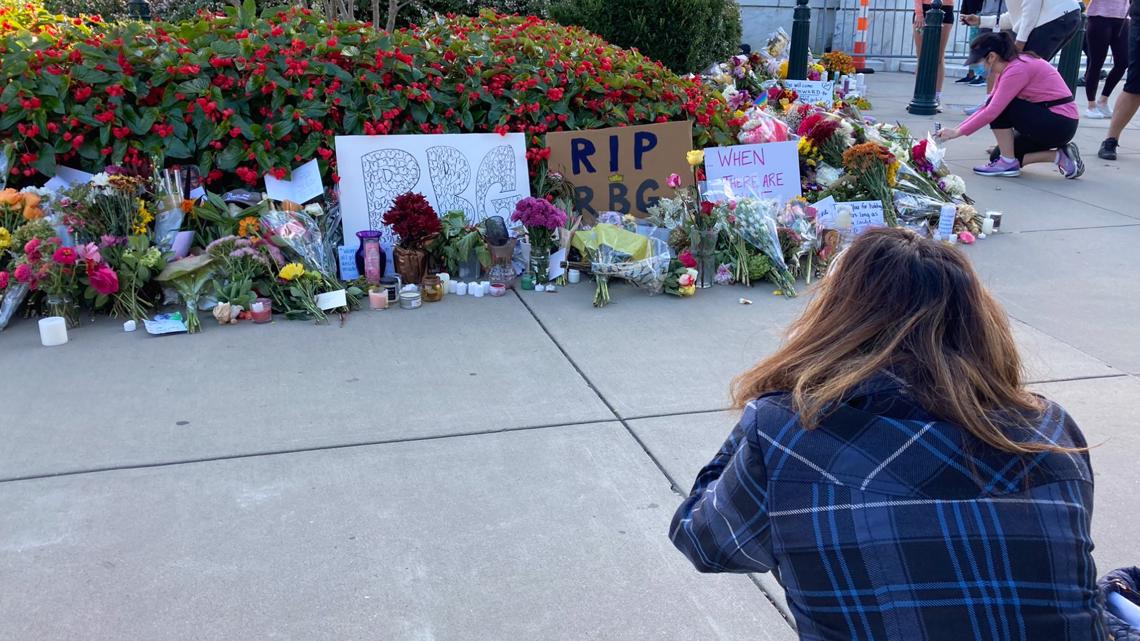 Ruth Bader Ginsburg remembered as a champion for women's rights and shaping career paths
Mourners flocked to the base of the Supreme Court to remember the nation's top litigator for women WASHINGTON - Mourners flooded the steps of the Supreme Court today, many of them women, who say Ruth Bader Ginsburg is the reason they were able to pursue their passions and stand up for themselves in the work arena.

Graves and the National Women's Law Center now push for "gender justice" in the courtroom, legislative matters, and in society.

On Saturday, Graves told WUSA9 that Ginsburg's career still drove her to make a difference on the front lines of women's rights.

"Attorneys like me saw the chance to help to pave the way for others and to help use the law for a force of change," she said. "To see Justice Ginsburg and the way in which she crafted the outlines for what it means to be equal in this country, that is the lawyering work that I wanted to do.”

Sadina Montani, who serves as president of the Women's Bar Association of DC, told WUSA9 that she felt the need to go to the Supreme Court building on Saturday to honor Ginsburg.

"I think we need to take some time to truly mourn what a titan we have lost," she said. "She’s beloved by us and by women lawyers across the country. It’s a terrible loss.”

The Women's Bar Association of DC was founded over 100 years ago and now totals just under 1,000 members.

Over the years, Montani said Ginsburg received awards from the group while also offering inspiration.

"She’s had an incomparable life and an incredible influence on women and women lawyers," she said. "There’s a lot of overlap of her legacy and what the Women’s Bar Association has long strove to do.”

Moving forward, both Montani and Graves said women attorneys could honor Ginsburg's legacy by continuing to strive forward and make a difference.

"Losing her was such a deep reminder of not only her legacy but the charge ahead," Graves said. "Our work could not be more important.”

RELATED: 'I will dearly miss my friend,' 'Loved her to pieces,' | Colleagues say of RBG