High levels of PFAS, known as "forever chemicals," found in tap water in D.C. and Maryland, a report by the Environmental Working Group finds.

WASHINGTON — A new report issued by the Environmental Working Group says that D.C. and Prince George’s County have some of the highest levels of per- and polyfluoroalkyl substances, or PFAS, compared to some major cities across the country.

"New laboratory tests commissioned by EWG have for the first time found the toxic fluorinated chemicals known as PFAS in the drinking water of dozens of U.S. cities, including major metropolitan areas. The results confirm that the number of Americans exposed to PFAS from contaminated tap water has been dramatically underestimated by previous studies, both from the Environmental Protection Agency and EWG’s own research," the report said.

PFAS are known as "forever chemicals" because once they’re released into the environment, they don’t break down, and can build up in our blood and organs.

In response, one of Maryland's largest water utilities announced Friday that it will test for the PFAS in the wake of the independent study.

WSSC Water told WUSA9 it will resume testing its water for the presence of Per-and Polyfluoroalkyl (PFAS) substances at its Potomac and Patuxent Water Filtration Plants.

PFAS is associated with some types of cancer and affect the immune system, according to the US Centers for Disease Control.

The EPA defines the chemical as a group of man-made chemicals that includes PFOA, PFOS, GenX, and many other chemicals.

"Found in many consumer products like cookware, food packaging, and stain repellants. PFAS manufacturing and processing facilities, airports, and military installations that use firefighting foams are some of the main sources of PFAS. PFAS may be released into the air, soil, and water, including sources of drinking water," according to the EPA's website.

According to the EWG, PFAS increase the risk of cancer, harms the development of a fetus, and can reduce the effectiveness of vaccines.

The study found the chemical in cities all across the U.S.; but in D.C. and Prince George’s County, the findings were the highest for the DMV.

In D.C., the EWG found 21.7 parts per trillion, or ppt, and in Prince George’s County, 17.8 ppt in the tap water. One part per trillion is equivalent to one nanogram per kilogram.

So why haven’t you heard about this until now?

It's because PFAS are not regulated. That means that the EPA, or state environmental agencies, are not required to make their results public or report them to state drinking water agencies. As of right now, the EPA has yet to establish a maximum contaminant level.

RELATED: Why water and milk are the only drinks allowed on the Senate floor

Common water filters like Brita and Pur do not remove PFAS because they weren't designed to.

They cost anywhere between $200 to $1,800 ad requires a professional plumber for installation. The second option is an activated carbon filter, which are placed your sink and are a little less expensive.

The report said PFAS has been a concern since the early 2000s and has been the subject of several lawsuits. Meanwhile, there's a bill requiring the EPA to enforce a maximum contaminant level has passed the House and is currently in committee in the Senate.

To read the full report by the EWG. 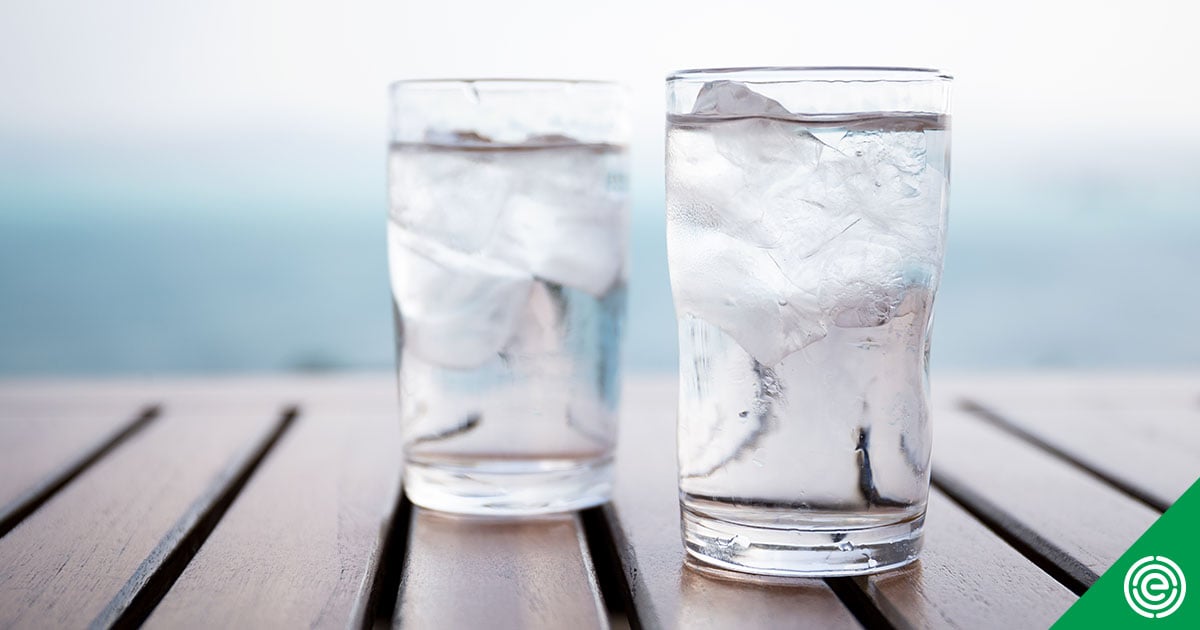