After the Flint Water Crisis, man creates personalized water filters for your area

What if the water quality in your area is prone to more problems than somewhere else? One local company is solving the problem by creating a personalized solution. 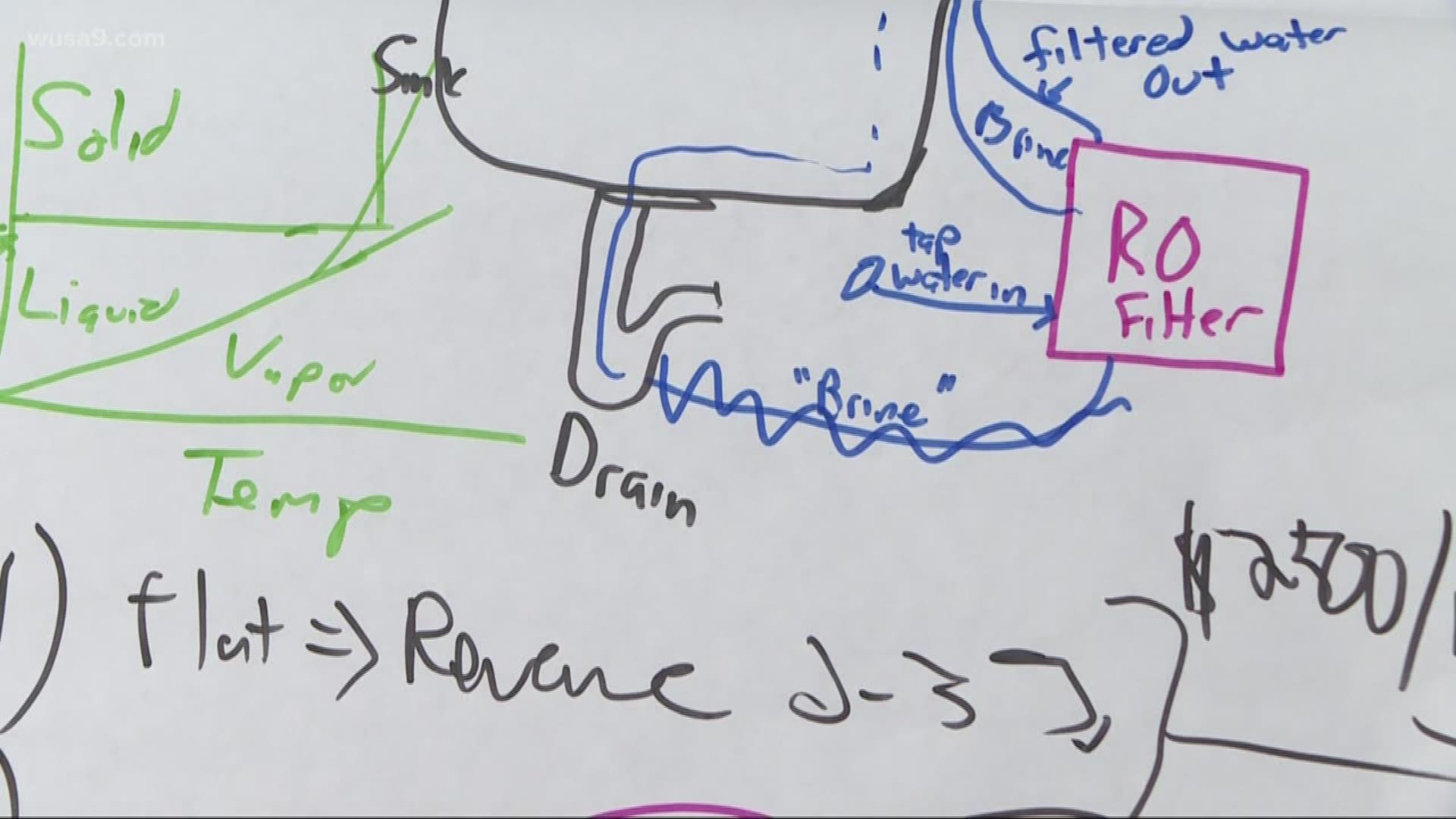 WASHINGTON -- After the start of the Flint, Michigan water crisis – where thousands of people and families were exposed to elevated levels of lead in their drinking water – chemist Eric Roy thought he needed to do more.

Filters were being donated to affected areas, but he could tell they weren’t good enough. The lead levels throughout the area were too high for a typical filter, so something more effective was needed.

“I started working on building high-capacity lead removal filters and we were donating them,” Roy said.

Those donations eventually forced Roy to reconsider the idea of simple donations. Why not take this filter to a national platform and make some money with it?

“We had people in our neighborhood, asking can you build these filters for Washington DC? Yeah, we can do it… Friends were asking for the same in Chicago, Houston, and it took off from there,” Roy said. “We were never supposed to be a company, but the market demanded we become one.”

That’s how Hydroviv was born (Roy is the CEO/Founder). With the headquarters in Washington DC, the company builds personalized water filters based on your shipping address, and the creation of each is a two-step process.

First, an appropriately named “water nerd” digs through data to get a sense of the area’s water quality. That includes searching government agencies, municipalities, academic literature, and local media outlets to figure out the problems in the water.

Second, the filter is specifically created to remove whatever toxins are in your water.

Once made, the filters are shipped directly to the customers, who install it themselves at home (there are videos across the company’s website to help with that process).

As far as the team is concerned – water quality is a math problem, and they’re the ones with a solution.

“If there was no need for our product, we would be totally happy about that because then we’d move on to the next thing,” Roy said. “But as long as there’s a need, we’re going to continue offering a credible voice to that conversation.”

When asked if anyone is more susceptible to water contamination, Roy said -- if your home has lead pipes, it is susceptible to lead contamination. According to the team, Washington DC’s water is not as bad as some other parts of the country, but there is potential for lead problems everywhere in the country because lead comes from your home’s plumbing, not the water supply itself.

Roy explains the variations in water quality across the country as reflective of “differences” between cities and areas.

“I come from Maine, and the ground water in Maine has high levels of arsenic… that’s different than Washington DC, where our water comes from the Potomac river,” he said. “We don’t have arsenic in the Potomac river… there are different problems with the water.”

“We just build the filter to actually address the problem that the customer has so they don’t need to do the research.” 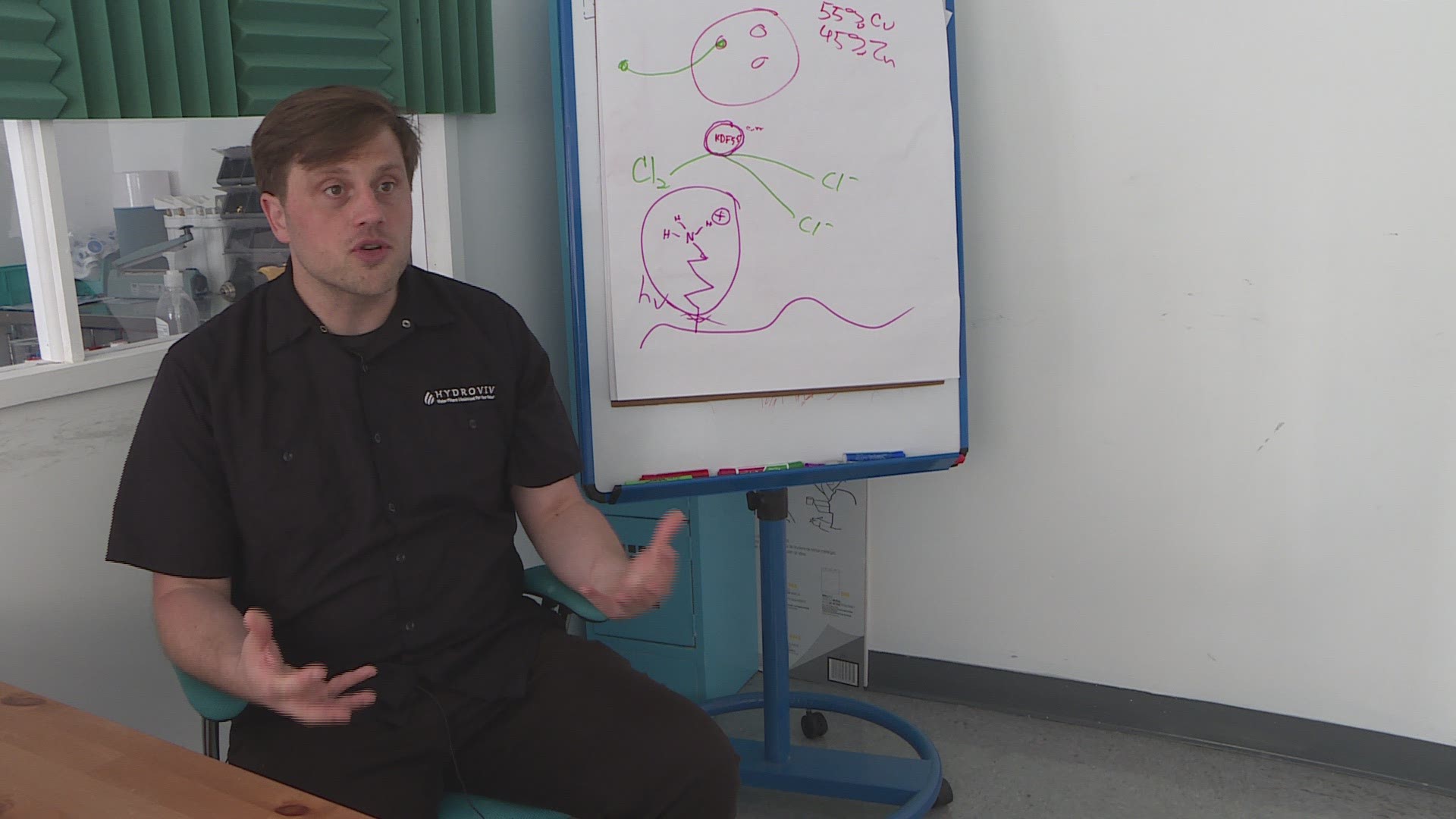 The journey for Hydroviv has been long – starting as a weekend passion for Roy, building word of mouth, and eventually getting a deal on ABC’s “Shark Tank.” The explosion of attention has reinforced the impact they’re making on communities here and across the country.

“When you’re interacting with an individual and you’re making a deep impact on their life, you’re lowering their anxiety, it’s just an incredible feeling.”