Metro said fare evasion is a financial drain. The agency estimates that it loses up to $20 million annually. 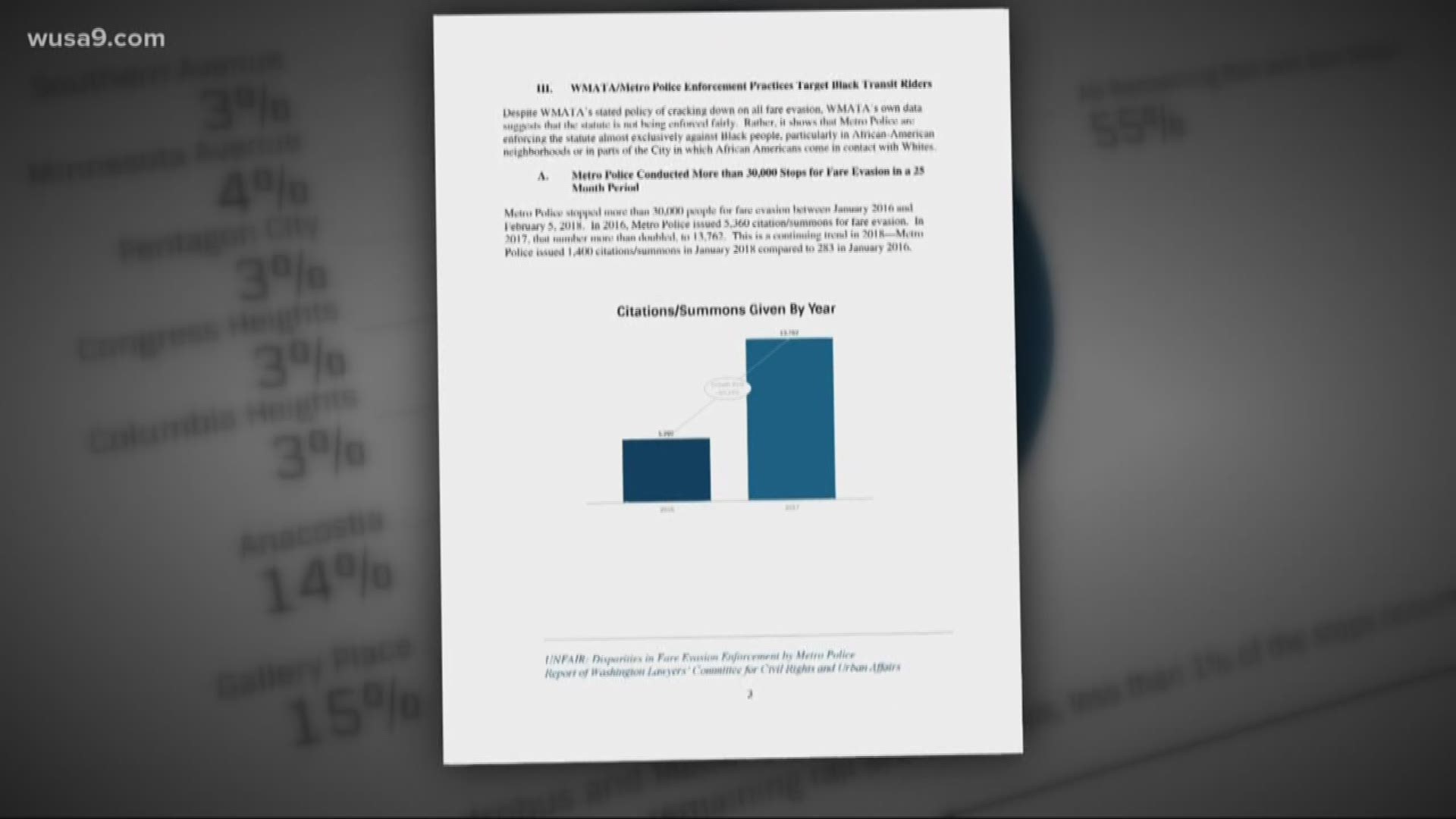 WASHINGTON -- Metro said it's losing millions to those sneaking by its fare gates, but a group of attorneys said data detailing the transit agency's crackdown highlights a racial inequity.

"I think people should be outraged," said Marques Banks of Washington Lawyers' Committee for Civil Rights and Urban Affairs.

"I think those numbers are alarming and we should start to take notice and ask more questions," said Banks, adding that the misdemeanor crime in The District can mean either a fine or prison time.

What's more, almost half of the citations were given to black people younger than 25. Banks said some were as young as seven.

Metro said fare evasion is a financial drain. The agency estimates that it loses up to $20 million annually.

The just-released data found that most fare evasion citations were given out at Gallery Place Metro with Anacostia Metro coming in second. The two stations combined made up one quarter of all citations.