Does gentrification have to mean displacement in the District? 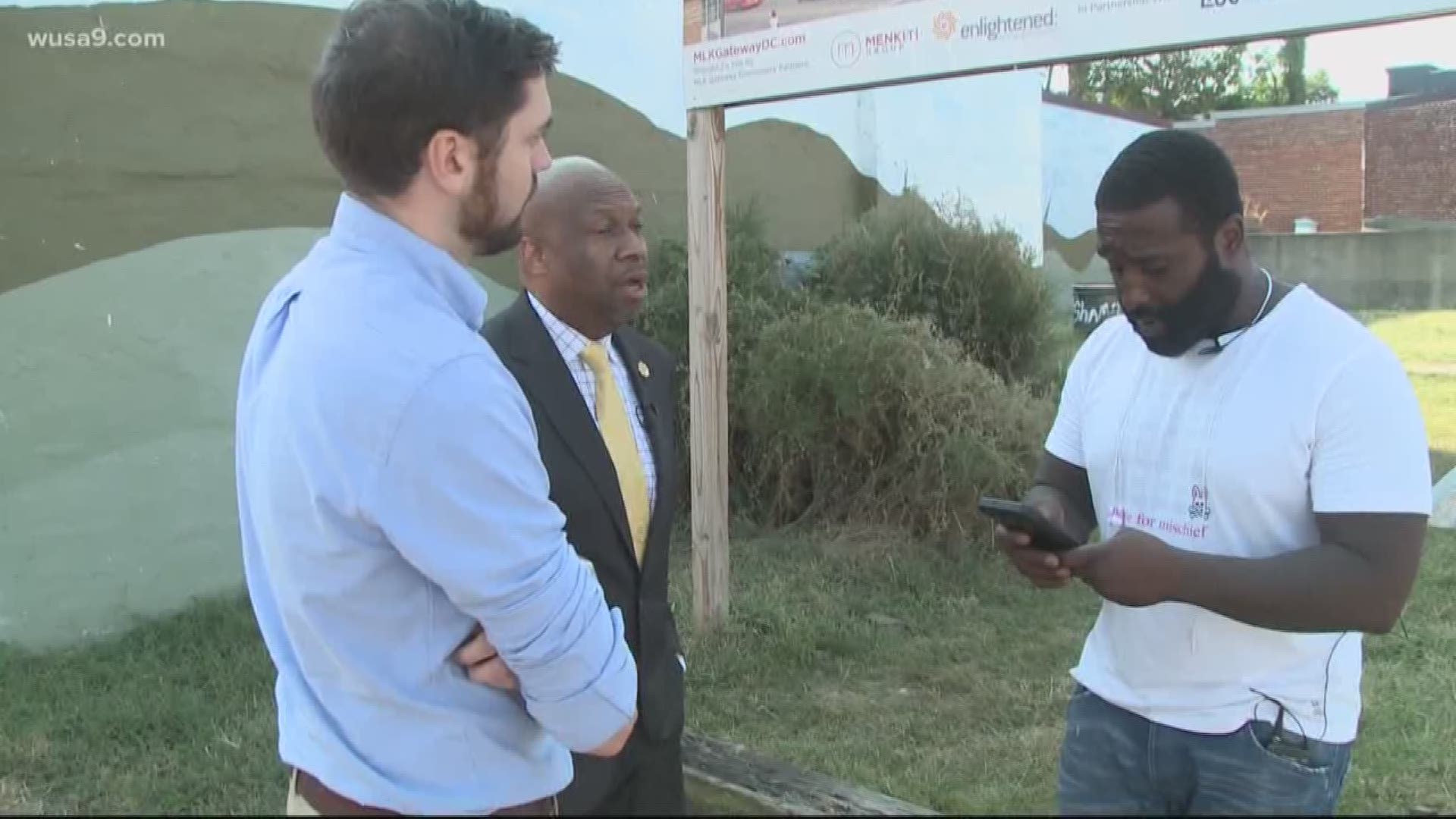 WASHINGTON — Hope is building at the corner of MLK Ave and Good Hope Road in Southeast.

For the first time in more than 50 years, a large company will move across the Anacostia. It is a direct result of a portion of the Tax Cuts and Jobs Act of 2017: Opportunity Zones.

Will it be a boom or a sign of change for the residents of Ward 8? In this project, the hopes of an entrepreneur and community ride together.

Antwanye Ford thinks there is a positive way to redevelop impoverished neighborhoods in D.C. In fact, he is willing to bet on it.

The CEO of tech firm Enlightened is prepared to move his K Street business to the corner of MLK and Good Hope.

"It’s gonna be less convenient because it’s more important for me to be here."

When it comes to development in the city, it brings up obvious fears of displacement. Last year, D.C. was ranked as the most gentrified city in America.

As Ford talked, a man came by and yelled, "Are you pushing us out?"

That is the fear in D.C. neighborhoods.

"I think at the end of the day when they see a suit, it looks like they are not from Washington," Ford said. "I tell them, listen I’m from here, I feel your pain and I know conceptually what this looks like."

"I am paying a lot of rent to work downtown and realized I don’t even own the chips on the wall," he said. "So we started thinking why not invest in something we can own?"

Ford linked up with the Menkiti group a development firm. Together, Enlightened and Menkiti invested in the Opportunity Zone at the corner of Good Hope and MLK in Ward 8.

"My attitude is if I have job in technology, I’m willing to train folks to do it and they are ready to come right here in their own neighborhood to work that should shift the paradigm," Ford said. "Maybe we are [the] important people willing to come to us."

As Ford continued to talk, another man walked over to him. His name is Ronnie Melson and he wants a job.

"I would like to work anywhere," Melson tells Ford. "(Even) if it has gotta be in Virginia, there’s no time to be choice."

Melson tells Ford his story. He spent years behind bars. He got out in 2011 and has struggled to find a stable job ever since.

"I can’t provide and I feel lesser," Melson said as emotions boiled over. "I feel like a deadbeat dad."

This is the type of person Ford wants to help, but there is a big problem. Enlightened won’t be oved to Ward 8 for a few more years.

Melson needs a job now. So Ford gives him his personal cell number and a promise:

“I hear that so much,” Melson looked away.

Melson looked at Ford, shook his hand and walked off with a look of hope on his face.

That is the kind of hope Antwanye Ford wants to offer people in Ward 8.

RELATED: DC called about rats 6,434 times this year. We mapped out all of them