Cost of living contributes to ‘intense’ level of displacement in DC

Forty percent of the city has been gentrified, and 20,000 black residents have been displaced between 2000-13, according to NCRC. 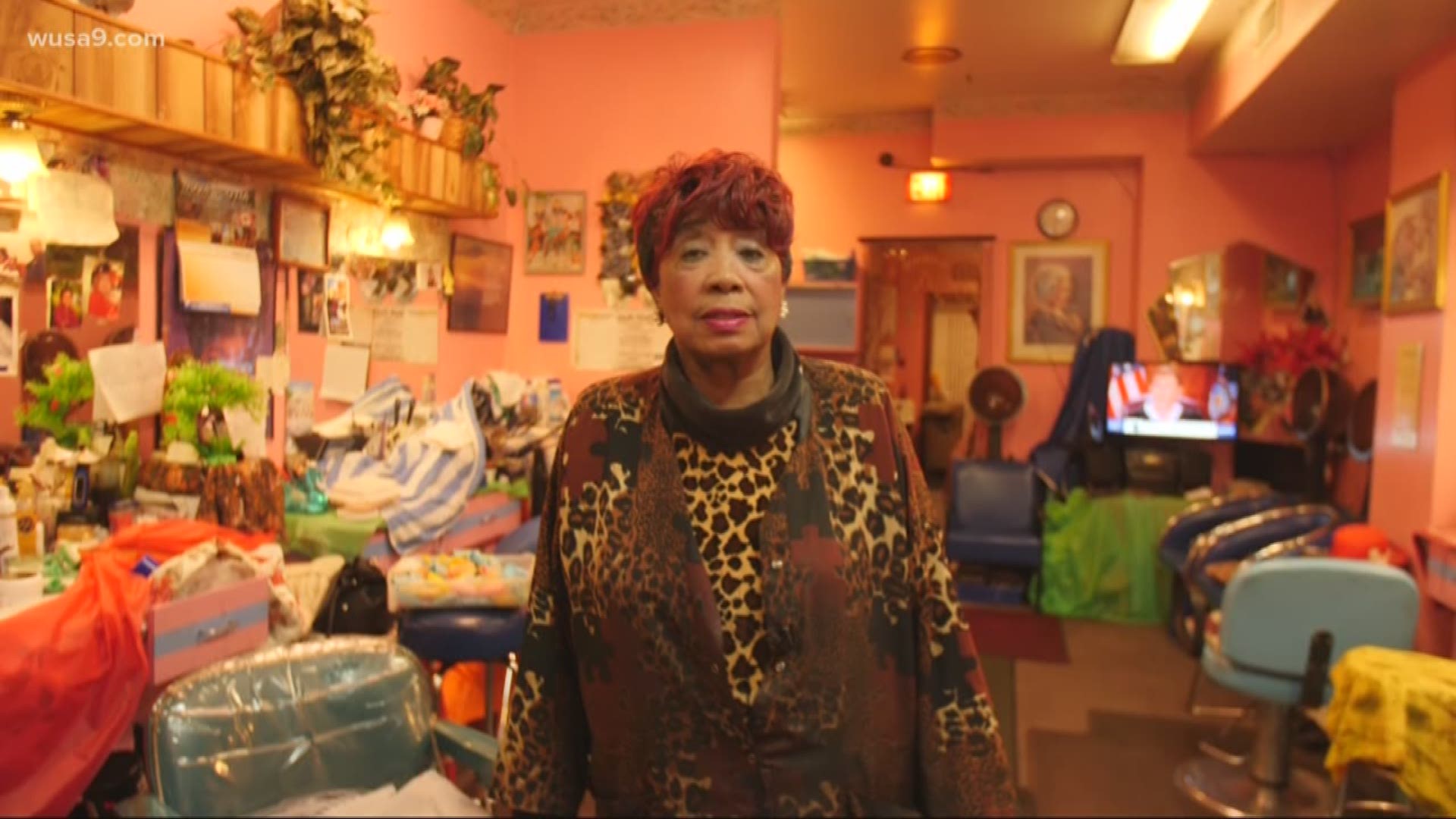 WASHINGTON — The H Street corridor in Northeast D.C. is a window into how the landscape of the nation’s capital is changing for residents.

Inside of a two-story, blue building at H and 6th Streets, Betty Hart has been in business for 35 years. She purchased With These Hands Hair Gallery in the 1980s.

She's been recognized as a living legend in the neighborhood. The walls inside of Hart’s shop are lined with pictures, awards and memories of her life in the corridor.

Hart has watched as new development, new people and more money have come to the area in recent years. She said she's also witnessed a shift in demographics.

As new businesses and residents continue to move into the newly developed neighborhood, many of H Street’s longtime residents and business owners are no longer there.

Hart said she's been approached by developers, offering to buy her property.

By the time Hart opened her business, the community had already seen a lot of history.

RELATED: 'I can't say it's bringing money into my business because it's not'| Mixed reviews of DC's $200 million street car

In the early-to-mid-1900s, the H Street Corridor was booming with entertainment venues, dining and shopping. It became a majority African-American community filled with black-owned businesses.

Then, in 1968, at the height of the civil rights movement, Rev. Martin Luther King Jr. was assassinated.

"Oh, it was rough baby," Hart said, describing what the corridor was like 35 years ago. "It was rough."

There was a crack epidemic happening in cities all over the country, and D.C. was a city under siege.

"It was drugs on every corner," Hart said. "They were shooting and everything."

The H Street Corridor went 30 years without investment until the city made a big push in the early 2000s to revitalize the area.

Since then, H Street has gained hundreds of new businesses, a new trolley car system, and a lot of modern condos and office buildings.

However, the neighborhood has also lost many of its original mom and pop shops.

"It was a lot of black-owned businesses, but now -- if I make no mistake -- it’s not but four black hair salons out here now," Hart said.

Ibijoke Akinbowale is a D.C. native and director of the Housing Counseling Network and Financial Equality Center at the National Community Reinvestment Coalition (NCRC).

"I used to get my hair done just up the street," Akinbowale said.

"Off the main corridor there are residential communities on both sides," Akinbowale said. "So, you saw a lot of black families living and working in this neighborhood. Today, it’s a little different as you can tell."

Akinbowale said the changing demographics of residents in parts of the corridor isn't unique to H Street. There are many parts of D.C. that have changed.

NCRC released a study in 2019 that found the District had the most intense level of gentrification when compared to other cities across the country.

"We recognized that 40% of the city had gentrified and that some 53% of  residents had actually been displaced," Akinbowale said.

So who is most affected by displacement in the District?

"I think we’d be remiss in excluding the District’s nickname and that is Chocolate City," Akinbowale said. "I will say, right now the city is not so chocolate."

Credit: wusa9
A 2019 study from NCRC found that D.C. was the most gentrified city in U.S. by percentage of eligible neighborhoods that experienced gentrification.

"You see traditionally African-American communities becoming well-integrated with a number of white residents moving in," Akinbowale said. "We can make investments in affordable housing. We can add policies to keep some of what we have in terms of the stock available for folks, but it does not change the fact that people‘s families have been affected by this. Their lives look different."

While things may look different around her, Hart said H Street is still home.

"I’m not ready to sell," Hart said. "This is my shop. I bought the building and paid cash for it."

Housing and business equality advocates said people who live in the District should keep an eye on opportunity zones.

"A lot of communities feel like, 'I didn’t know gentrification was coming. I didn’t receive a warning telling me that it would happen,'" Akinbowale said. "Opportunity zones are coming. We don’t know how they may shape our community."

Opportunity zones are a part of a new federal program that provides tax incentives for investments in new businesses and commercial projects in low-income communities. 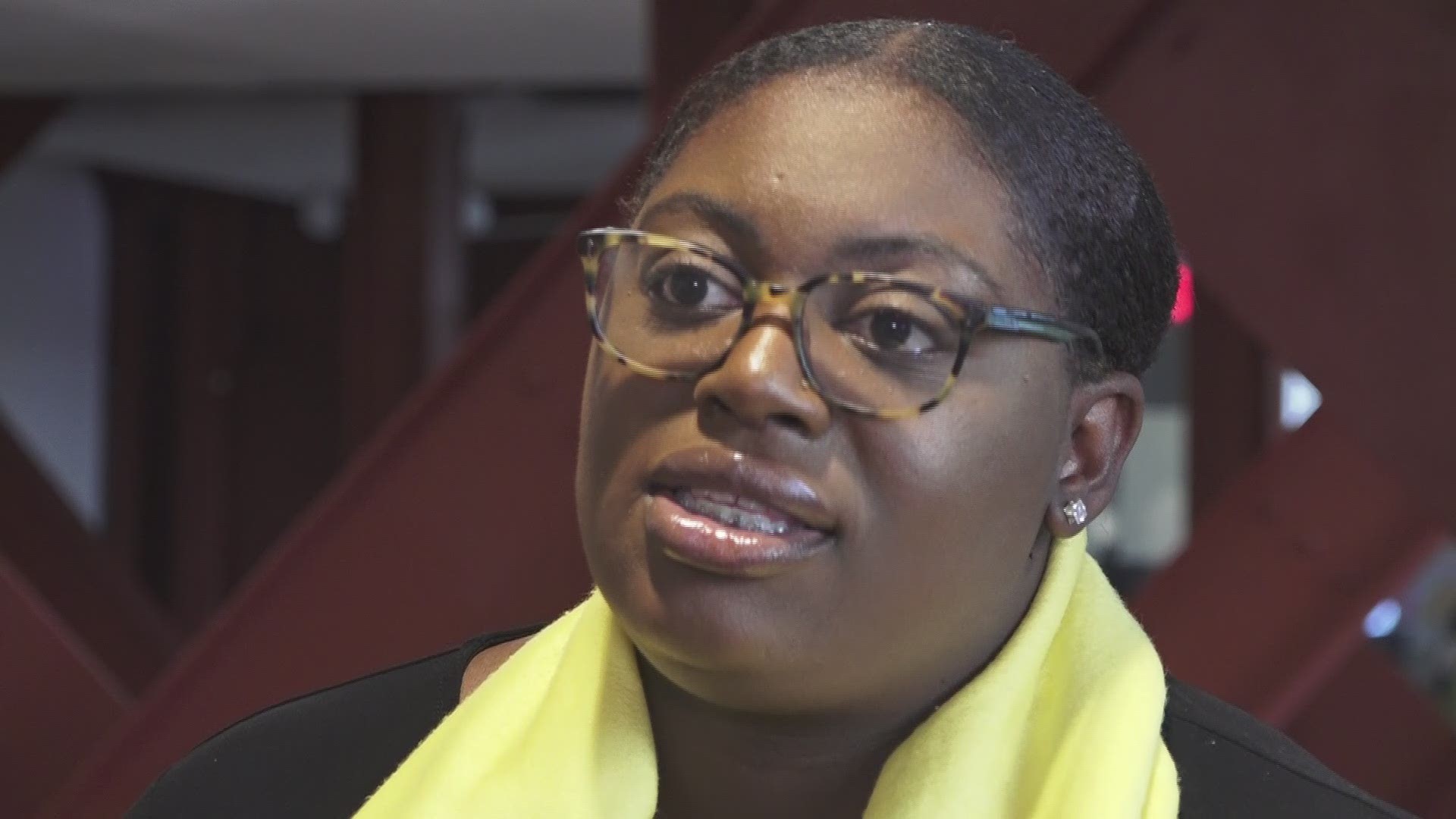 The program was birthed out of the Tax Cuts and Jobs Act of 2017.

D.C. Mayor Muriel Bowser nominated 25 census tracts to be opportunity zones, and the U.S. Department of Treasury certified the tracts in May 2018.

According to the city’s website, the District views opportunity zones as a chance to help grow the local economy.

The D.C. Office of the Deputy Mayor for Planning and Economic Development set the following priorities for opportunity zone investment:

While there appears to be several benefits on the surface of the opportunity zones initiative, Akinbowale said some community members and housing advocates fear some people may be displaced in the process.

"I'm willing to bet that what we’re getting ready to see is communities that have already gone through gentrification experiencing yet another wave of that,"
Akinbowale said.

An interactive map provided by the city shows the approved opportunity zones are mainly located in Wards 7 and 8.

"I won't, on a blanket surface, say that opportunity zones are a bad thing," Akinbowale said. "I will say that we should consider the communities that are being invested in as a result of it."

RELATED: DC native creates fight song to cheer on the Nats in the World Series #ForTheCulture