The Chicken and the Egg is inspired by the history of the NoMa neighborhood, a playful comment on the conundrum of ongoing change. 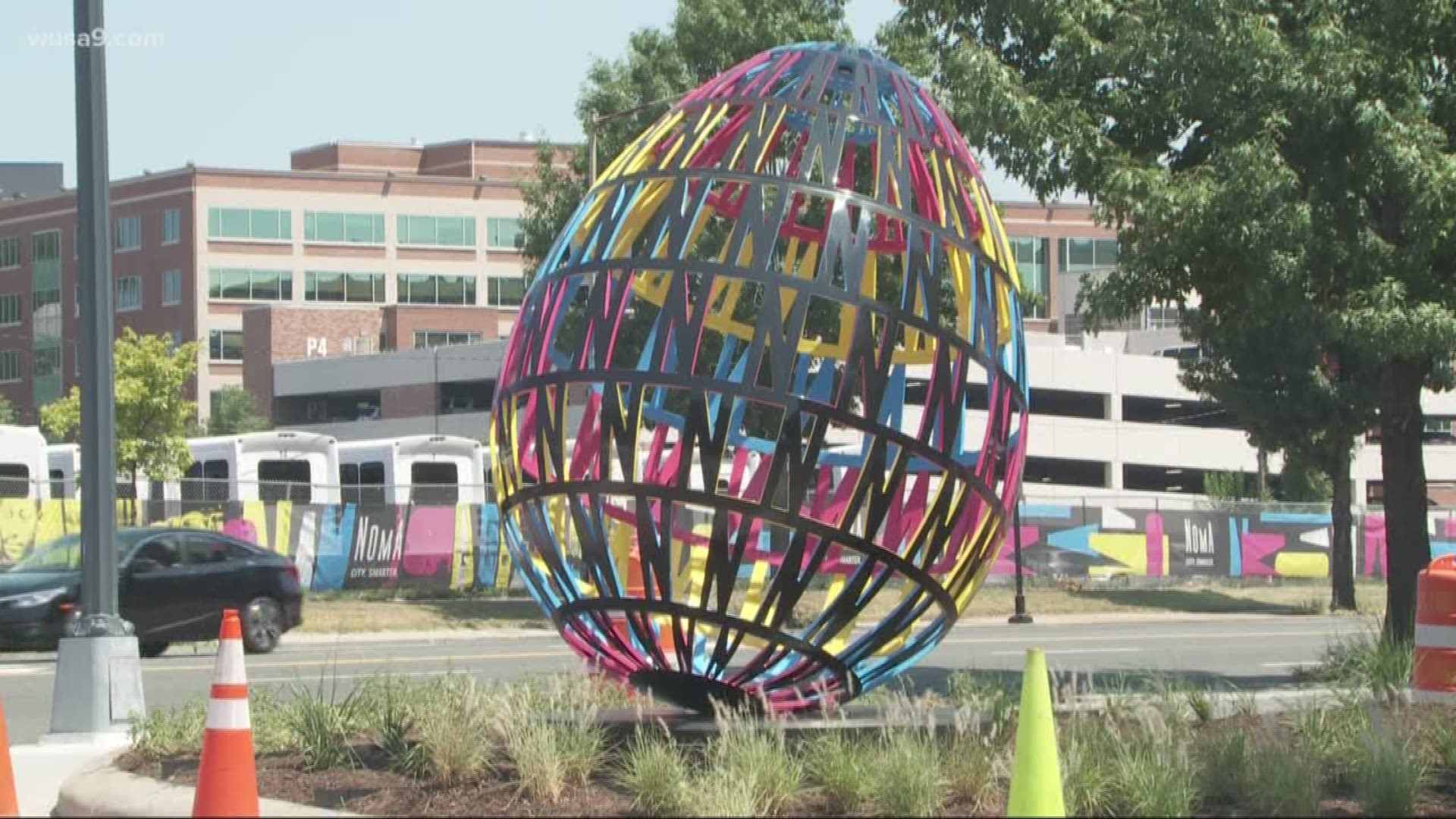 WASHINGTON — Which came first, the chicken or the egg?

In NoMa, they arrived simultaneously.

NoMa Business Improvement District (BID) installed a two-piece sculpture this week, named The Chicken and the Egg, at the southeast corner of the North Capitol Street and New York Avenue intersection.

The public artwork is the first part of the BID's Gateway Project, a long-term effort using art to transform key intersections around NoMa. The goal is to turn NoMa's spaces into signature streetscapes and create positive experiences for people while celebrating the neighborhood's history and character.

“We are always excited to bring new public art to NoMa and brighten the neighborhood with color,” said BID President Robin-Eve Jasper. “The Chicken and the Egg will help connect the two neighborhoods and serve as an iconic destination point.”

Credit: NoMa Business
The public artwork is the first part of the BID's Gateway Project, a long-term effort using art to transform key intersections around NoMa.

RELATED: 4th annual DC Mural Festival will feature artists from around the world

The fiberglass farm bird stands on an existing utility box and is nearly four feet tall. Its porous partner across the street, however, is almost nine feet tall.

There is also a solar-powered light at the top of the egg's interior that will make the egg glow at night and cast shadows on surrounding sidewalks.

Designer Harry Mark, was inspired by the history of NoMa's neighborhood. The cyan, magenta, yellow, and black (CMYK) colors used in the artwork are indicative of the area’s history as a center of printing.

The ribbon-cutting ceremony for The Chicken and the Egg will be Thursday at 6:00 p.m.