She said it could cause first responders to have to deploy more doses of Narcan when responding. 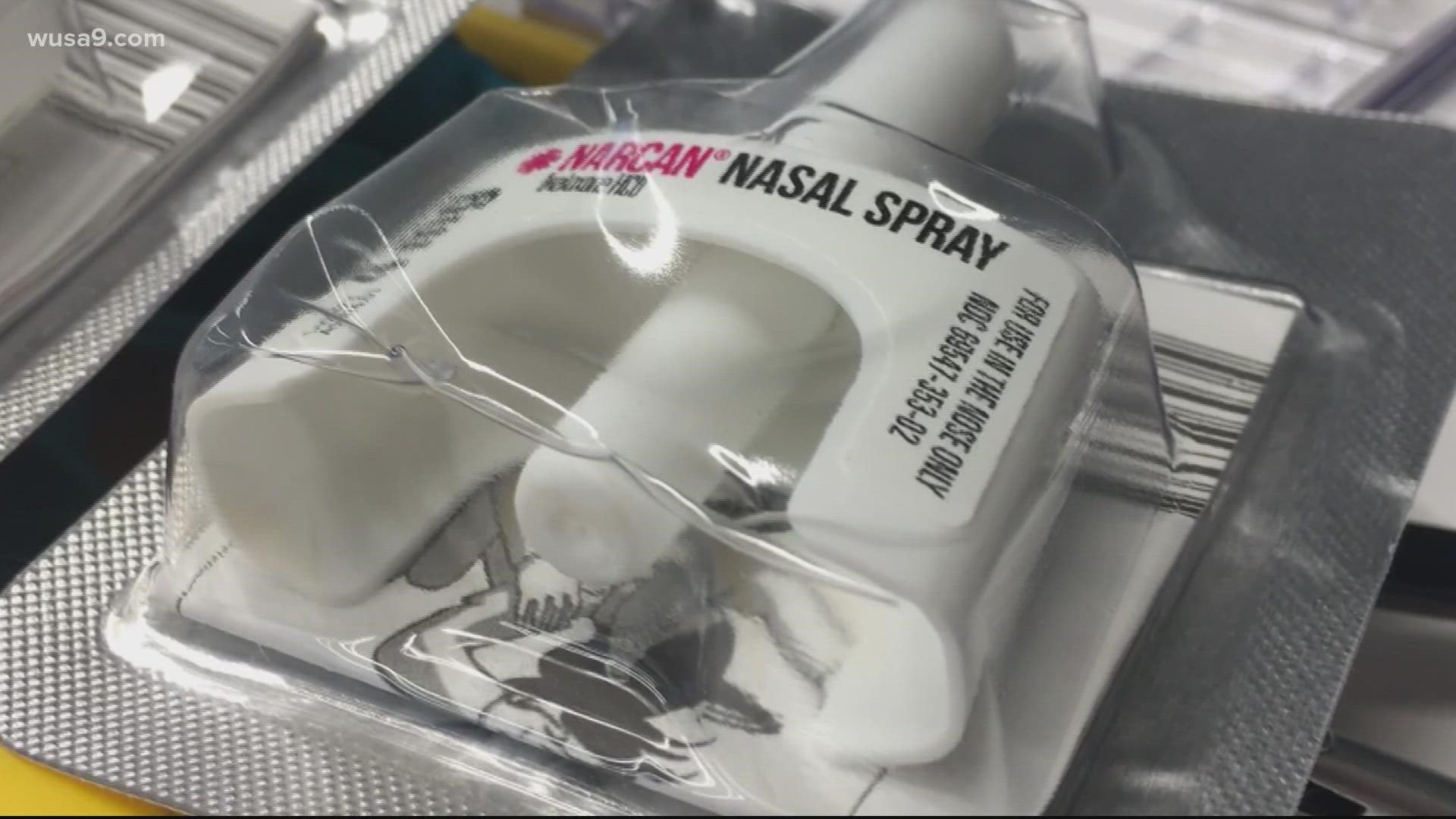 WASHINGTON — A D.C. chemist has discovered a drug on city streets that's more potent than fentanyl, which could impact how much Narcan first responders have to employ during an overdose.

“We actually discovered a compound called nitazene. It is new to D.C. And what we know about it is that it's more potent than fentanyl," Chemist Alexandra Evans said. "So we are a bit concerned about this.”

Evans works on a syringe surveillance program for the D.C. Department of Forensic Sciences.

She said they collect needles and substances their syringe exchange partners get from users throughout the city and test them to see what people are using in real time.

For a while, she and Supervisory Chemist Morgan Levitas said they were mostly finding fentanyl, but in September -- a year after this program was introduced -- they discovered nitazene, a family of opioids.

Evans said it's the first time they identified the compound in D.C., but some other cities have started to see it pop up in samples.

She said there are still studies being done to determine how much more potent nitazene is than fentanyl.

RELATED: Nationwide spike in overdoses concerning officials ahead of holidays

Well, a #dc chemist is concerned, because she found a drug new to the city that's more potent than fentanyl.

Evans said one of the biggest concerns is how it will impact first responders.

Typically with heroin or fentanyl, they'll deploy Narcan, which reverses an opioid overdose.

Fentanyl is already up to 50 times stronger than heroin, according to the CDC, and she said nitazene is even more potent. So, she said someone who injected a type of nitazene could need multiple more doses of Narcan to reverse the effects.

“We could be on the precipice of something devastating," Evans said. "We've already seen mass fatalities because of fentanyl overdoses. Since this is more potent than fentanyl, we do expect an uptick in overdoses.”

Provisional data shows that D.C. saw an 11% increase; Maryland saw a 21% increase; and Virginia close to a 36% increase.

“It just shows that this opioid epidemic is not going anywhere," Levitas said. "There's constantly new drugs that we're seeing, and they're changing, and they're evolving. And we have to keep up with that.”

She said this nitazene discovery proves you never know what is in the powder substance you buy, and everyone has to be prepared.

In the meantime, there are community clinics that offer trainings on how to spot overdoses and deploy Narcan to help.