DCPS says 10 schools that have a prior partnership with the Washington Nationals got the parade invite. 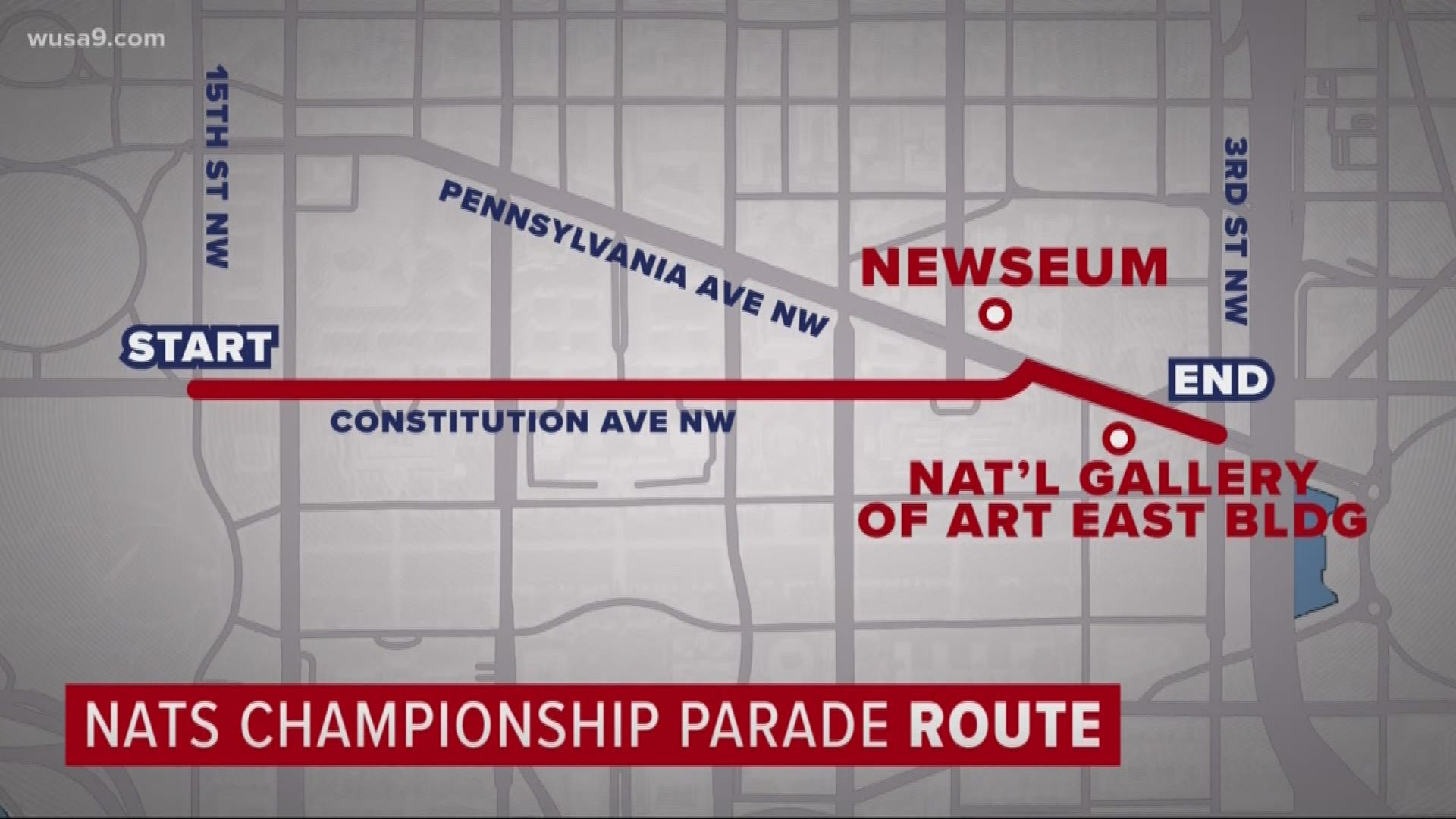 WASHINGTON — Some lucky D.C. Public Schools students will get the chance to march in Saturday's Nationals championship parade.

A DCPS spokesperson said the Nationals invited their "Grand Slam" partner schools to walk in the parade.

The Nationals' Grand Slam Schools initiative is designed to engage students throughout the year to participate in baseball-themed STEM curriculum.

The principal of Ketcham Elementary, Maisha Riddlesprigger, tweeted Friday that her school is "super excited" to participate in the event.

The parade to celebrate the Washington Nationals' first World Series championship will start at 2 p.m. on Saturday. The march will begin at Constitution Avenue and 15th Street NW and head all the way to Pennsylvania Avenue and 3rd Street NW.

This is not the first time that a D.C. school has been asked to participate in a victory parade for one of the city's teams.

In 2018, both the Eastern and Ballou High School marching bands performed in the Washington Capitals' Stanley Cup parade as well.

Other organizations around the DMV are also expected to march in Saturday's parade.

The Arlington Public Library recently revealed on its website that it would select some families and kids to join it to walk in the parade. The library took applications for the offer through Friday evening. Participants will be selected through a random drawing.

WUSA9 has reached out to the Washington Nationals to learn more about the other groups that have been invited to march in Saturday's parade.