Montgomery County is out of snow days. Is your county?

At least one area school district is now making changes to it's 2018-2019 calendar. MCPS is out of snow days with a storm headed for us on Wednesday. 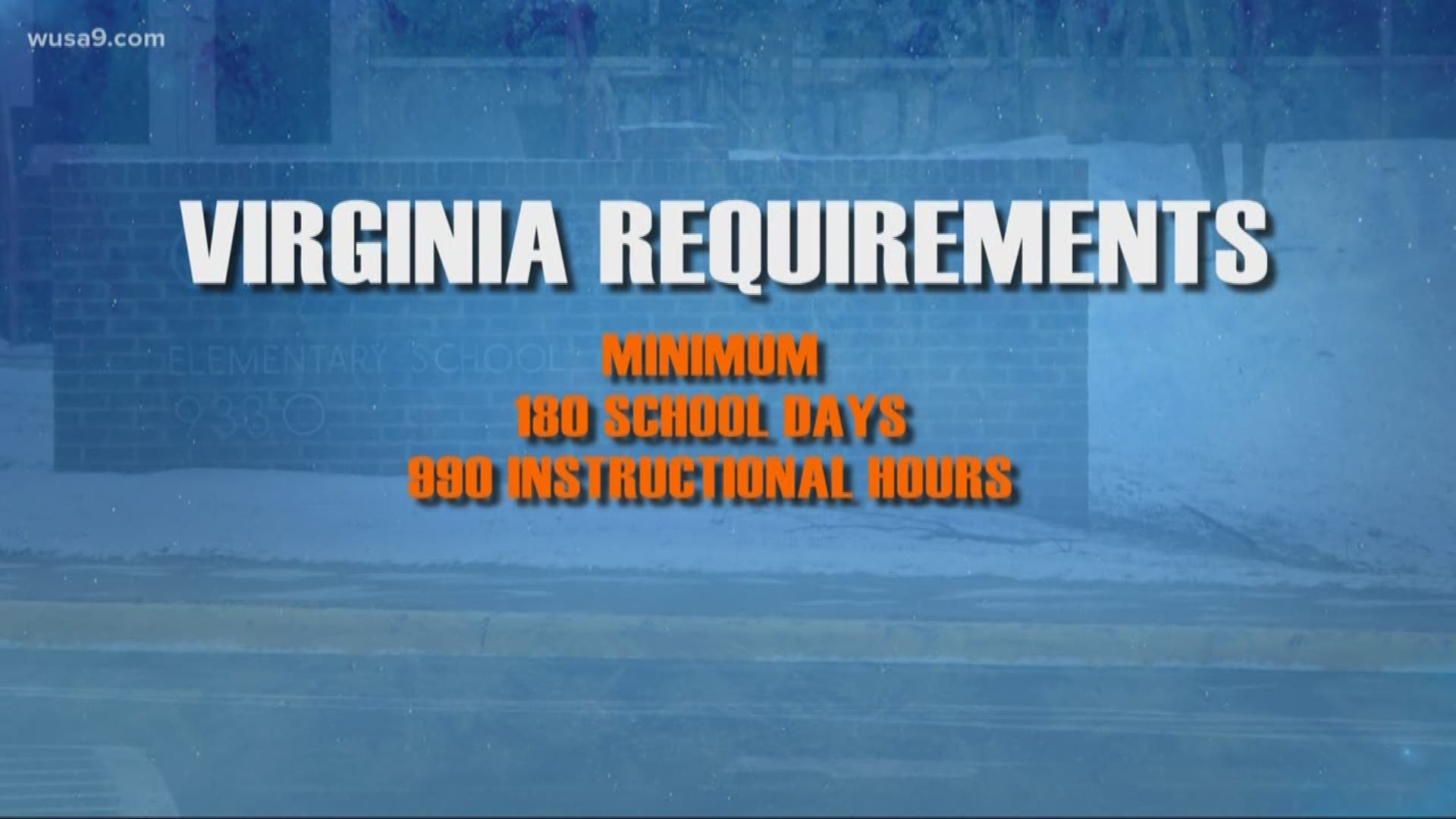 WASHINGTON — Montgomery County is out of snow days with a storm headed right for us on Wednesday.

Montgomery County students won’t be forced to still have school if they are snowed-in at home. However, the school calendar is already starting to change.

Montgomery County Public Schools has already used it’s 3 snow days for the 2018-2019 school year. This means the school year will be extended one day.

A MCPS Spokesperson tells WUSA 9 if they close for snow on Wednesday, the next make-up day will be June 5th. They’ll work their way back into the calendar and even look at their Spring Break, if need be.

Prince George’s County is safe. A Prince George's County Public Schools official tells WUSA9 the school system has three built-in days and has only used one.

PGCPS has been utilizing more delayed openings and early dismissals this year, but that doesn’t mean they’re off the hook. They still have to keep track of hours lost in the school year as well.

The Commonwealth operates a little differently when it come to snow days.

Virginia requires school have a minimum of 180 school days each year  or a minimum of 990 instructional hours. Some systems also have longer days to build-in for the snow day they need to take.

An Arlington County Public Schools Spokesperson tells WUSA9 they have 10 built-in days and has only used two.

As of last week, Prince William County Public Schools has 19 days with only seven closures so far.

On their website, Fairfax County Public Schools allows for at least 18 days off. On the 19th missed day, April 5th will be considered a make-up day.

A SCPS Spokesperson tells WUSA9 they missed 8 days so far. SCPS also added 3 and a half days by making up time during exam days or early dismissal days. This brings us to 6.75 missed days.

This means SCPS has three to four days left this school year. SCPS could possibly use Memorial Day or teacher work days as a make-up day if needed.

DCPS is off this entire week.

WUSA9 is still waiting for updates from other area school systems.