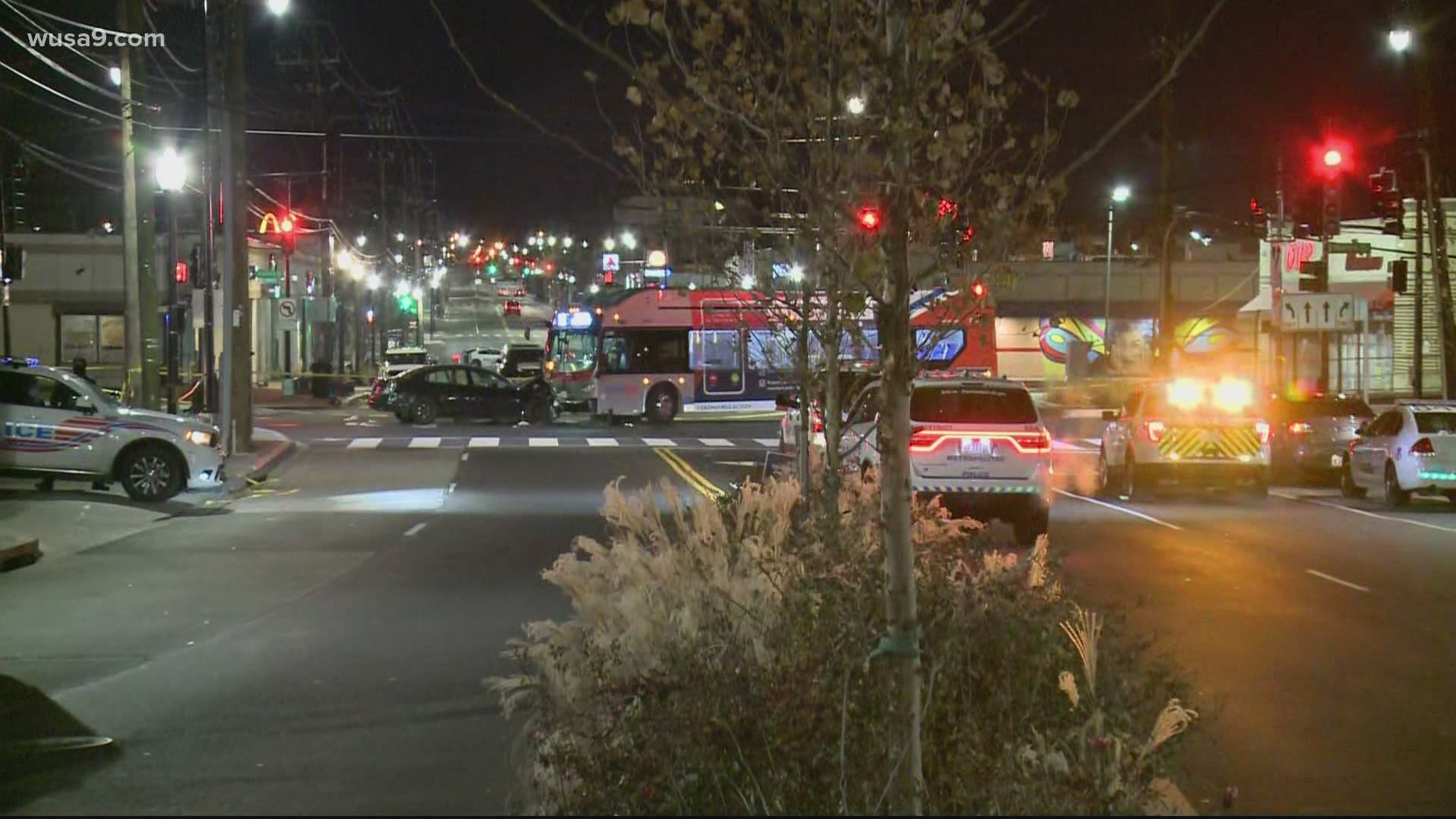 WASHINGTON — A 24-year-old Maryland man is dead after the car he was driving collided head-on with a Metrobus early Friday morning.

According to the preliminary investigation, MPD reports the bus was headed eastbound on Benning Road, NE. As the bus was making a left turn onto Minnesota Avenue, NE, a Nissan Altima traveling in the opposite direction, westbound, swerved into the left lane and struck the bus head-on. The driver of the Nissan, identified as 24-year-old Marion Dante Fields of Clinton, Maryland, was taken to an area hospital where he later died. Two passengers in the Nissan were taken to the hospitals with non-life-threatening injuries, according to police.  Officers also reported seven people were injured on the bus, but those injuries were not thought to be life threatening.

Police did not say what caused Fields to swerve into the opposite lane. The investigation is ongoing.

RELATED: Greenbelt police officer dies after being struck by vehicle