One year after the violent and deadly protest in Charlottesville, organizers of the 'Unite the Right' rally are having another demonstration in D.C. on Sunday. 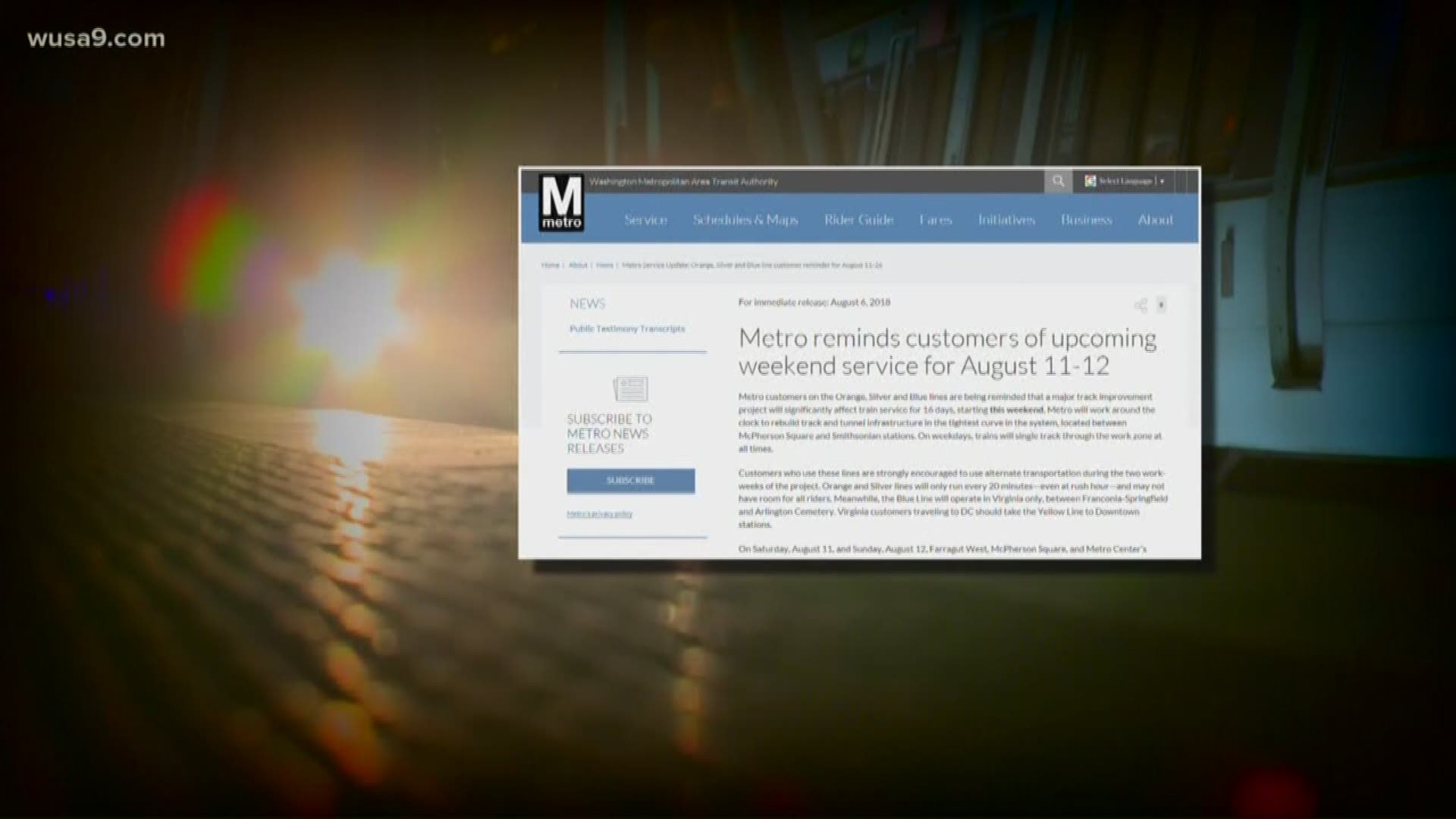 WASHINGTON -- On Monday, Metro confirmed in a statement that they will not offer separate trains for the so-called "White Civil Rights" rally -- called "Unite the Right" -- planned for the coming weekend in D.C.

This comes after union workers and Metro riders alike began to react to the controversial idea being tossed around last week.

Metro's statement on Monday read, “To be absolutely clear, Metro is not preparing a 'special train' for the private use of any group.”

The organizers of "Unite the Right" are the same involved in the violent and deadly protest in Charlottesville a year ago.

Last week, Metro Board Chair Evans said the agency was considering having special trains or cars to separate white nationalists from the public.

The goal was to prevent possible violence, but the idea caused outrage.

And on Friday, Metro’s Transit Union, Local 689, threatened to boycott this. The group issued a statement last Friday. “More than 80% of Local 689’s membership [are] people of color, the very people that the Ku Klux Klan and other white nationalist groups have killed, harassed and violated," the Union President said in this statement.

Some union workers said the decision would give special treatment to white nationalist groups, and others said it is a form of segregation.

Over the weekend, Evans responded to complaints and said Metro will no longer consider separate trains for the rally.

However, on Sunday, Metro said there is only one spokesperson for the agency and refused to confirm any security plans or discussions for the rally.

It was an upsetting Monday for many connected to the transit agency prior to the new statement coming out.

“Amazing … that we’ve come this far and it’s 2018 and still this type of stuff going on. I hope it turns out well but I don’t think it will,” said a man who commented on condition of anonymity.

The event organizer, Jason Kessler, still believes the group will get private transportation.

But on Monday, Metro officials put a firm brake on.

"As with any ridership-generating event (e.g. large sporting events, concerts, Fourth of July celebrations, and many First Amendment demonstrations), Metro will be prepared to add trains as needed to address crowding if necessary. Should platform crowding become a concern at any particular station, Metro Transit Police may temporarily restrict access for safety reasons, as they do routinely during large events," the statement said.

Metro added that they are working closely with DC police, Virginia State Police, Fairfax County Police, the U.S. Secret Service and others.

The American Civil Liberties Union responded to WMATA on Monday.

“We think it’s important for MPD to assure the public that communities of color and counter-demonstrators will be equally accommodated and protected in accordance with the First Amendment,” said Monica Hopkins, Executive Director, ACLU of the District of Columbia.