Officials said the teen pushed one of the officers after they questioned him and his friend about a fight. 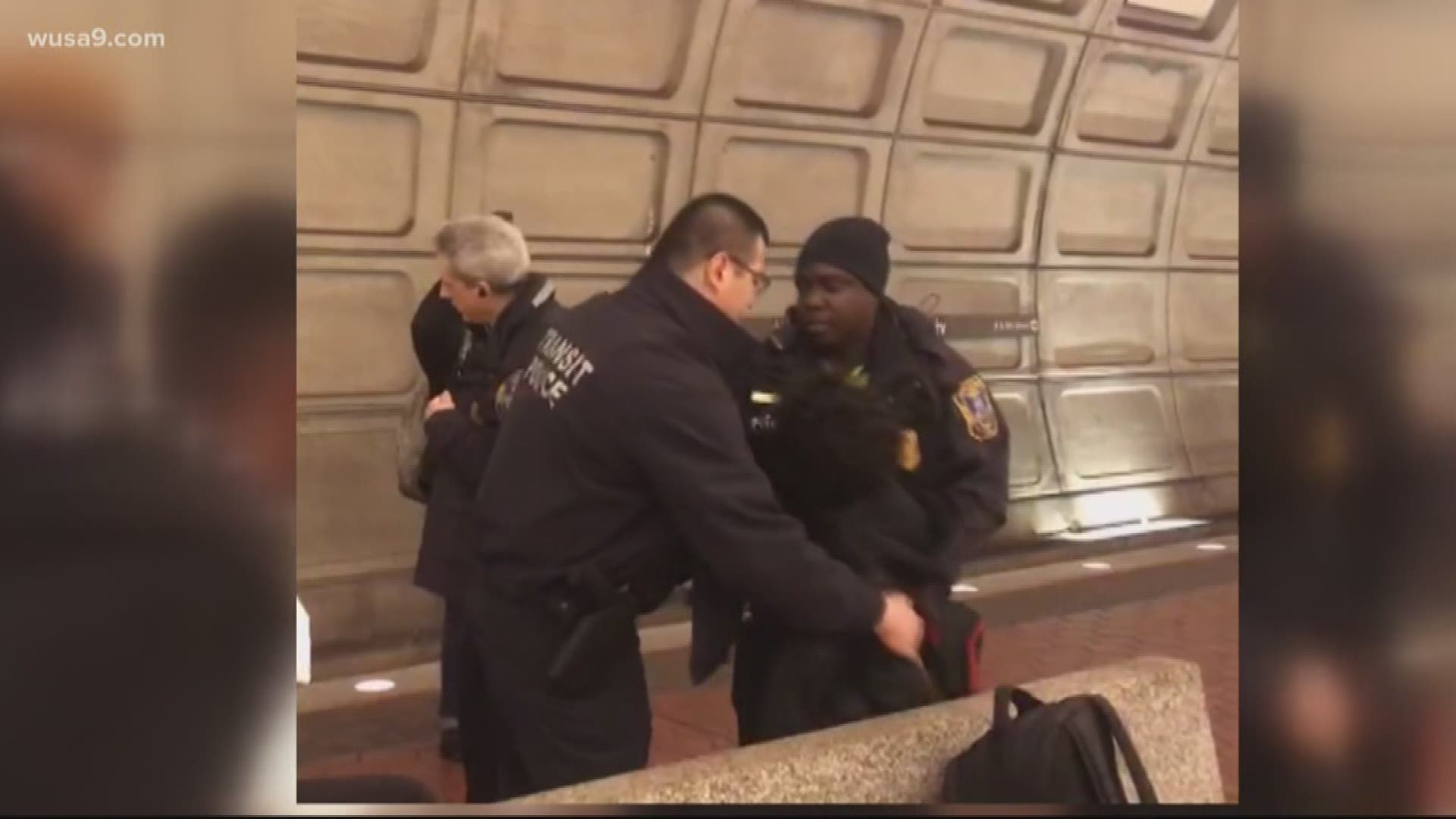 An incident report provided by WMATA confirmed that officers did arrest the teen Thursday night around 10 p.m. at the Shaw-Howard Metro Station.

The report said two Metro Transit Police officers stopped two boys that looked to be fighting at the Shaw-Howard Metro Station around 9:30 p.m. When the officers asked what they were doing, both said they were playing.

The officers told the boys they didn't need to be playing like they were, and asked for parent and guardian information so they could contact them about the incident.

One of the responding officers wrote in the report that he and a fellow officer were going to let both boys go, but one of them refused to provide a phone number for his parent. He said that when he asked for his mother's name, the boy responded "Mom."

Officials said later, the boy pushed a cop as he was approaching him, saying, "back up from me." That's when officers said they told him he was under arrest for assaulting an officer.

The report said he resisted, so officers "placed the respondent on the ground" and handcuffed him.

Two Howard University freshmen said they witnessed the aftermath and recorded a video, which has since gained thousands of views on Twitter. 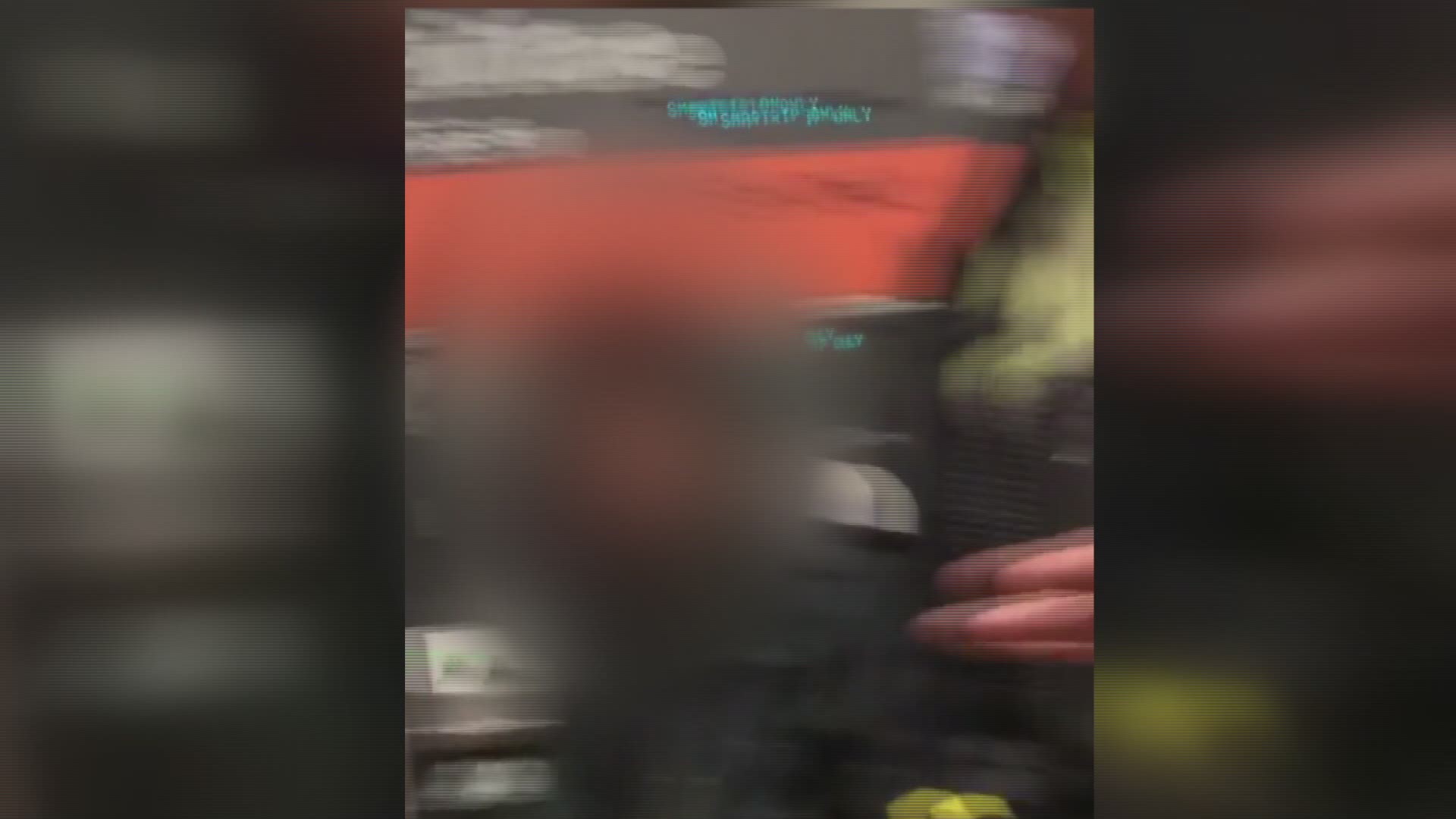 The young man who first shared the video, Donroy Ferdinand, said he couldn't believe what he saw.

"The first thing I noticed when we first walked up is that this kid was in tears and that he was handcuffed," said Ferdinand. "And, that was honestly heartbreaking to me to see a young black kid like myself in a situation like that. I can't imagine the pain and trauma he must have felt in that situation."

The report did confirm that the 13-year-old complained of pain to his hands and back, and was taken to Children's Hospital by a District of Columbia ambulance.

“I asked him, are you OK?" said Ferdinand. "And he couldn’t even come to words to answer me, which I thought again was tragic, and all he did was shake his head no, tears in his eyes.”

At the hospital, Metro Transit Police said the boy was disorderly and didn't follow instructions, and that the boy also kicked an officer while at the hospital.

Eventually, police were able to contact the boy's parents about his arrest.

Ferdinand said he hopes Metro Transit Police will adopt a de-escalation policy similar to the one DC Police announced a couple of weeks ago.

“It was excessive to have that 13-year-old boy in handcuffs and terrify him," he said.

RELATED: DC police will no longer handcuff children ages 12 and under unless they are a danger to themselves and others

The new DC Police policy calls for training on how to respond and de-escalate situations that can have lasting effects on a young person's life. The new rules outline that a child under the age of 12 can only be handcuffed when they pose a danger to themselves or others. The officer must call a supervisor before making an arrest. The parent must be notified immediately after an arrest.

As of Saturday night, WMATA could not confirm details about their policy for arresting juveniles.

A spokesperson said that the MTPD Office of Professional Responsibility and Integrity has reached out to the person who tweeted so that they can collect additional information. She said that MTPD will then follow the process for investigating a Citizen's Complaint.

So far, they said neither the family nor any witnesses have submitted an official complaint. 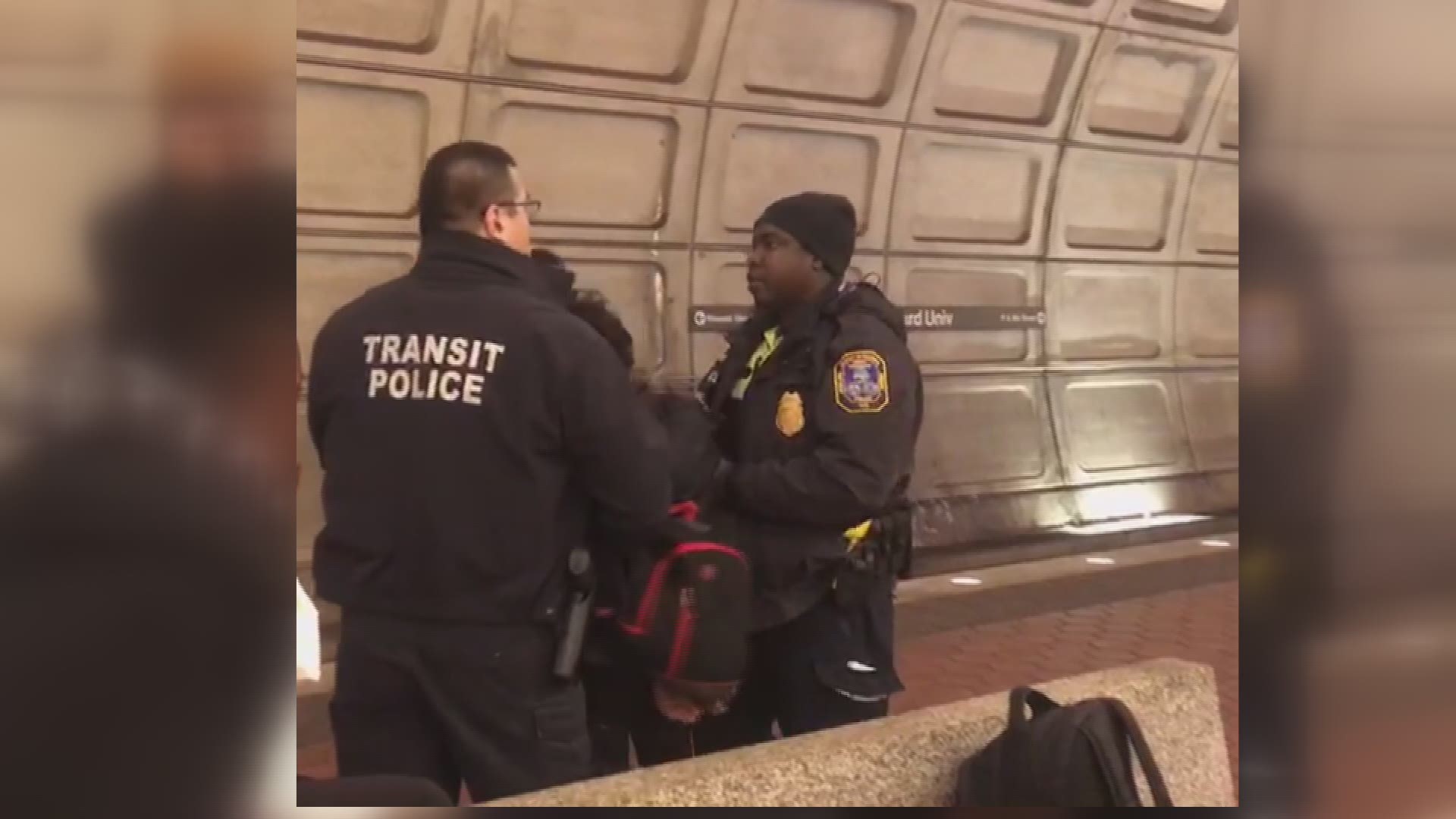 RELATED: DC AG defends 10-year-old’s innocence after he was handcuffed by police in viral video

RELATED: 'Nah, I'm not a hero' | Postal worker rescues barefoot missing toddler from side of I-95