Metro's union said they were lied to after WMATA said they would not provide special arrangements for rally participants, but then closed down Vienna station to the public. 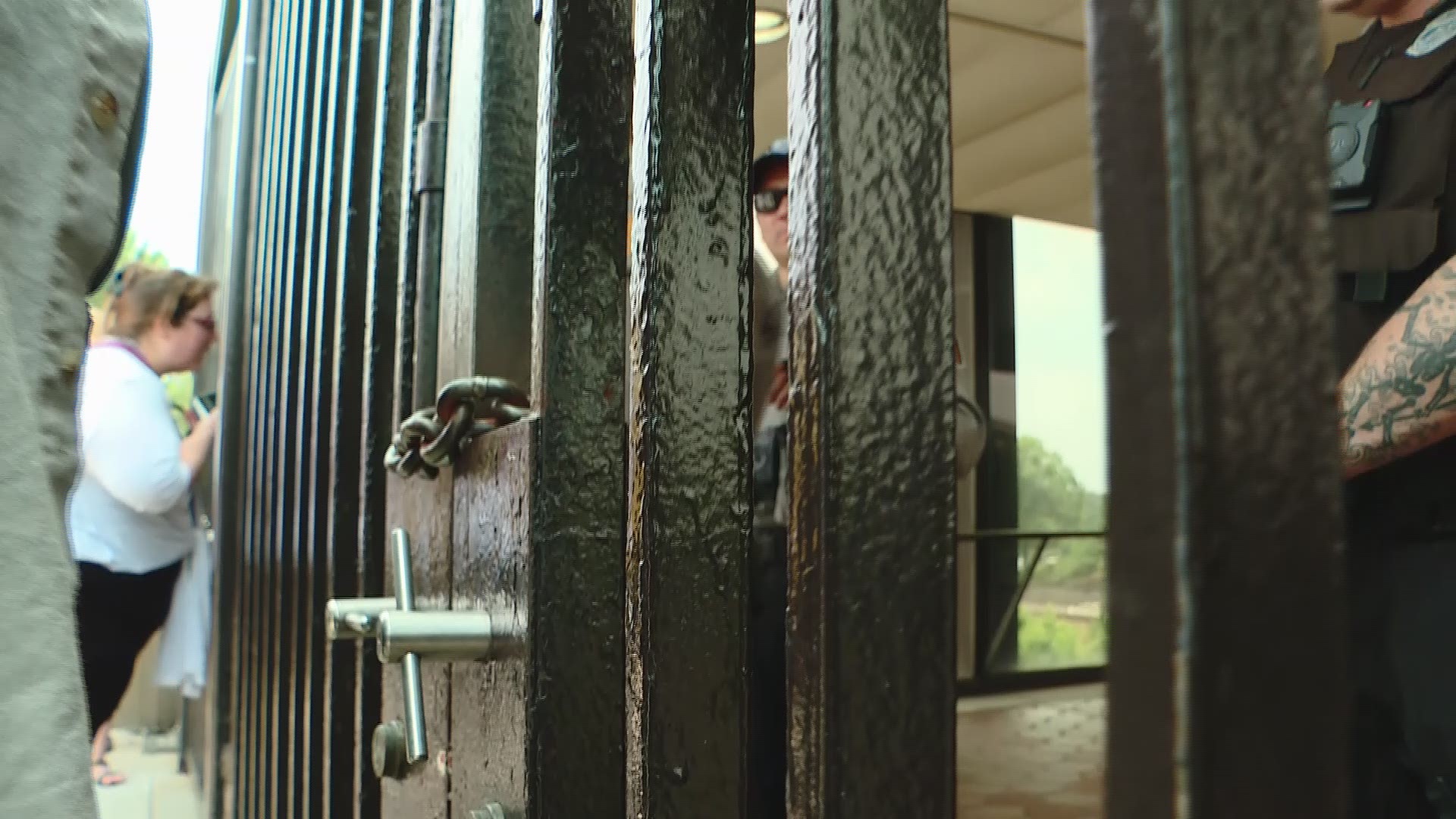 WASHINGTON -- Metro closed down a gate at the Vienna station to the general public on Sunday for the "Unite the Right 2" rally participants to have police-escorted access onto a train car, drawing anger from Metro's union, saying they were lied to.

A few weeks ago, Metro Board Chair Jack Evans said the agency was considering having special trains or cars to separate white nationalists from the public.

After union workers and Metro riders began to react to the controversial idea, Metro said in a statement that they would not offer separate trains for the rally.

RELATED: Metro will not offer separate trains for the Unite the Right rally

Metro's largest union, ATU Local 689, called out Metro on Twitter saying the agency lied to riders and the public with the decision to close down the gates to the general public after the agency had said that they would not offer separate trains for the rally.

The union said Metro General Manager Paul Wiedefeld lied to the public "when the truth was more convenient."

DC, now you see who was telling the truth about the racist marchers being escorted onto Metro and who lied. Wiedefeld lied to riders and public when the truth was more convenient. The fallout of today will be on him.

KESSLER GETTING ON TRAIN TO DC #UniteTheRight2 @WUSA9 - only media and his entourage are allowed on this train. Ther https://t.co/qAvQ0IIUHF

The north entrance of the station was closed to the public and the gates were only opened for Unite the Right participants Sunday after noon between approximately 1:20 p.m. and 1:40 p.m.

One of WUSA9's photographers was among those denied access to the station as rally organizer Jason Kessler and his group purchased SmarTrip cards and boarded the train bound for Foggy Bottom.

Many took to Twitter to ask Metro why the decision was made to close the gates.

According to Metro, the gates were temporarily closed for "crowd control."

On Sunday, the Vienna Metro Station gates were closed off to the public around 1: 20 p.m. when Unite the Right participants began arriving at the station.

Metro reopened the gates around 1:40 p.m.

VIDEO - Police in riot gear enter @wmata Vienna station - north entrance was just closed to general public. We’re being told by police that ONLY #UniteTheRight2 protesters will be allowed in this entrance - NOT the general public @WUSA9 pic.twitter.com/tLUQfuWCtF

"Today, the public was lied to by WMATA General Manager Paul Weidefeld the same way he has been lying to this union for the last two years. The special accommodation for a hate rally in Washington D.C. was dishonest, unprecedented, and not a reflection of the principles of ATU Local 689 or "DC Values." We are asking the public to join us in contacting the Northern Virginia Transportation Commision (NVTC), DC Mayor Muriel Bowser and Maryland Governor Larry Hogan to order the Metro Board to fire the general manager immediately."

However a spokesperson with Metro said the following Sunday:

"The Kessler group traveled from Vienna to Foggy on a regularly scheduled train, together with other passengers, media and law enforcement. They were escorted by police onto the rear of the train and police rode in that rail car and others to protect the safety of everyone onboard the train. The train stopped at every station to allow any customers to enter and exit. Vienna station remained open to the public at all times. Any changes to traffic patterns were directed by police for crowd management.

All stations and all trains have remained open to the public today. Any decisions regarding crowd control and safety is a law enforcement matter and should be directed to the joint operations command and MPD the lead agency on the event."