Parents beware: Here are the 17 playgrounds in DC with toxic levels of lead

The number of confirmed schools with elevated lead levels expands by more than a dozen in a report released Friday. 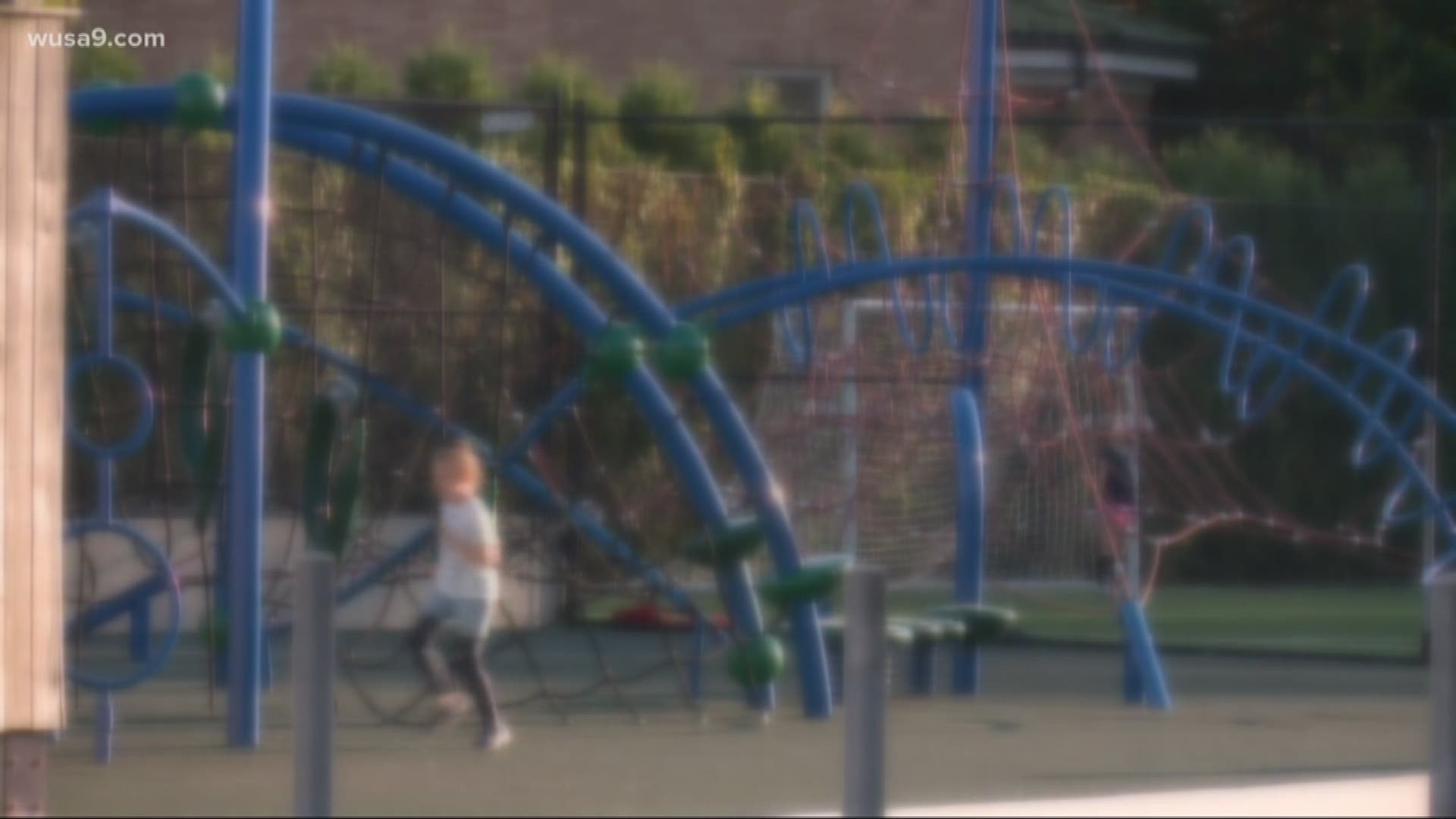 WASHINGTON — Dozens of playgrounds were found to have "actionable levels" of lead, according to a report released Friday afternoon by the District's Department of General Services.

Schools rated as having the highest levels include Aiton, Janney, Thomas, Thomson,Turner Elementary schools as well as Cardozo Education Campus. D.C. DGS says it pressure washed and vacuumed up all 17 sites.

ANC Commissioner Evan Yeats has two children at Thomson Elementary, "In my school, in the report, they specifically said they aren't done testing yet. The final report said we did this thing, we think it works, we reopened the playground, but we haven't tested it to figure out whether or not it works."

DC DGS wrote in a letter to parents, "We take seriously any concerns for safety at District facilities and will continue to use sound, scientific methods to assess risks to reinforce that safety."

The Department pressure washed, vacuumed and covered exposed rubber crumb it says removed the danger. But independent testing contradicts that, as in Takoma Education Campus, where the Ecology Center found toxic levels of lead in larger rubber pieces.

"We're concerned the report that DC does not fully characterize the hazards that are present there. We've analyzed individual rubber crumbs both on the surface and in the fill material underneath these fields and we found levels of lead," said Jeff Gearhart, director of the Ecology Center. "We’re concerned with not just lead in these materials. We and other public health advocacy organizations are looking at this material for a range of chemicals of concern including polycyclic aromatic hydrocarbons."

Independent labs and environmental groups tell parents to be extremely cautious letting children lay on recycled tire playgrounds concerned rubber getting on children's clothes could get in their mouths and cause lead poisoning, leading to brain impairment. DC government however says all playgrounds are now safe.

After parental meetings and several rounds of tests, Yeats is afraid this problem keeps getting bigger, "It was one school in private testing. It was two schools. It was three schools. Now we're looking at one out of every five schools they tested?

This is a developing story. Stay with WUSA9 for the latest updates.