This was the first year Juneteenth was federally recognized as a holiday. 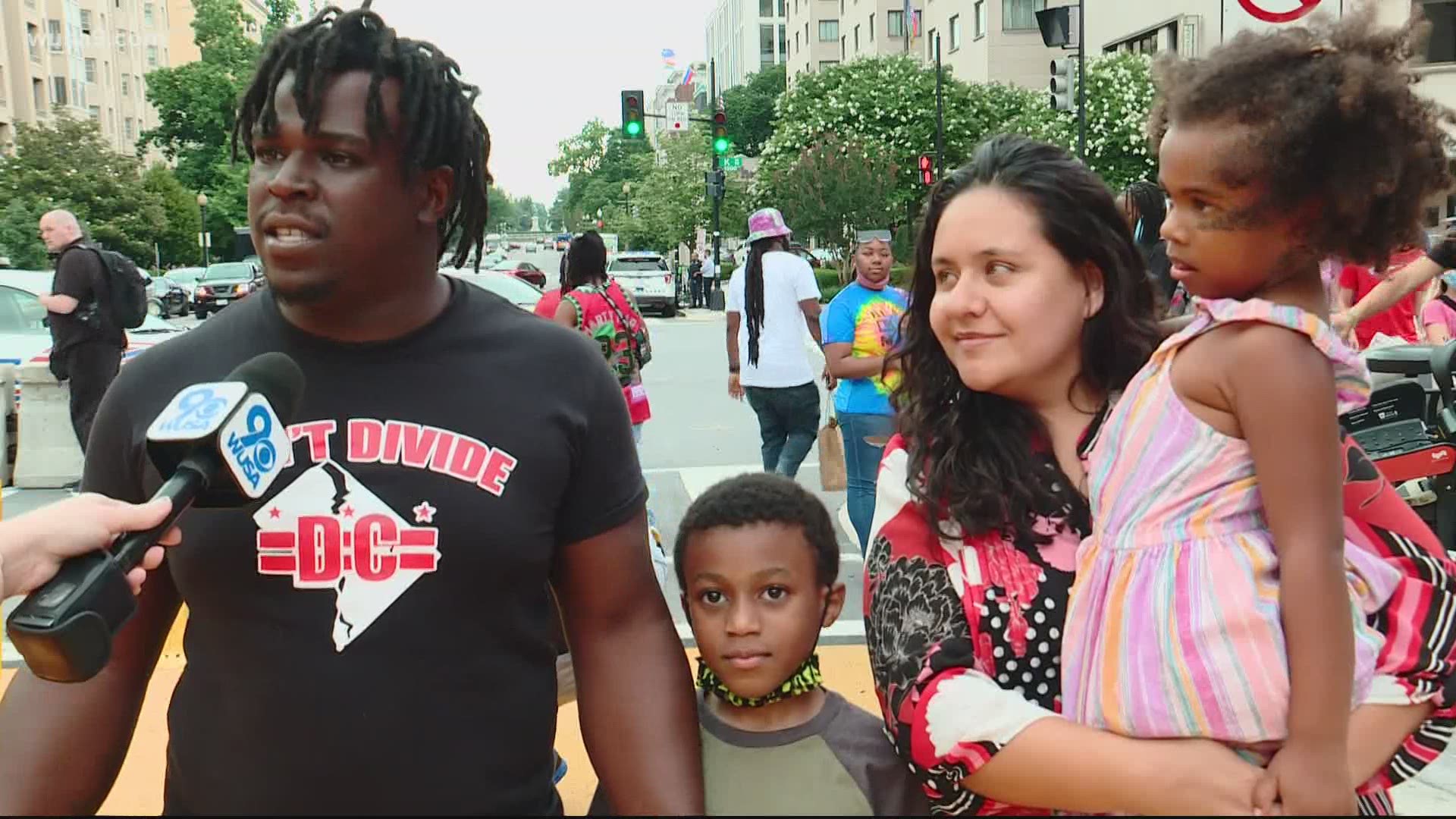 WASHINGTON — There were Juneteenth celebrations across the D.C. region Saturday as people commemorated the day, and the first time it was federally recognized as a holiday.

“I mean the difference is that it has finally been made a legal holiday, other than that the purpose that we come out to do this is the same,” James Williams of Charlotte said. He came to D.C. to commemorate the day with his family at Black Lives Matter Plaza, as he did last year.

Williams said the federal government deeming Juneteenth as a holiday was long overdue.

“Too long, too long, and I mean it's a step in the right direction but there's a lot more work to do," Williams said. "But you know you got to take every victory, big or small, with a grain of salt.”

On Saturday, celebrations in the region spanned from Loudoun County to U-Street. With a Go-Go band playing at Black Lives Matter Plaza before making its way to 14th and U Street.

RELATED: Juneteenth is a federal holiday. What comes next?

“I always celebrate it every year because my great-great-grandfather and great uncles fought during the Civil War for the Colored troops and alongside the Africans who were enslaved and freed,” Kent, a local self-proclaimed historian said.

“This is definitely something that we have to do," Devin said of spending Juneteenth with his family. "It’s iconic and historic and is a day that we have to celebrate, and the kids have to know what it's about."

Juneteenth commemorates June 19, 1865, when Union soldiers brought the news of freedom to enslaved Black people in Galveston, Texas, two months after the Confederacy had surrendered. It was about 2 1/2 years after the Emancipation Proclamation freed slaves in Southern states.

Biden on Thursday signed a bill creating Juneteenth National Independence Day. Since June 19 fell on a Saturday, the government observed the holiday Friday. At least nine states have designated it in law as an official paid state holiday, all but one acting after Floyd, a Black man, was killed last year in Minneapolis.

In Galveston, the birthplace of the holiday, celebrations included the dedication of a 5,000-square-foot mural titled “Absolute Equality.”