'This is not a typical police department' | J. Thomas Manger sworn in as US Capitol Police Chief

Manger sat down with WUSA9's Mike Valerio to discuss the new position and what he hopes to bring to the Capitol. 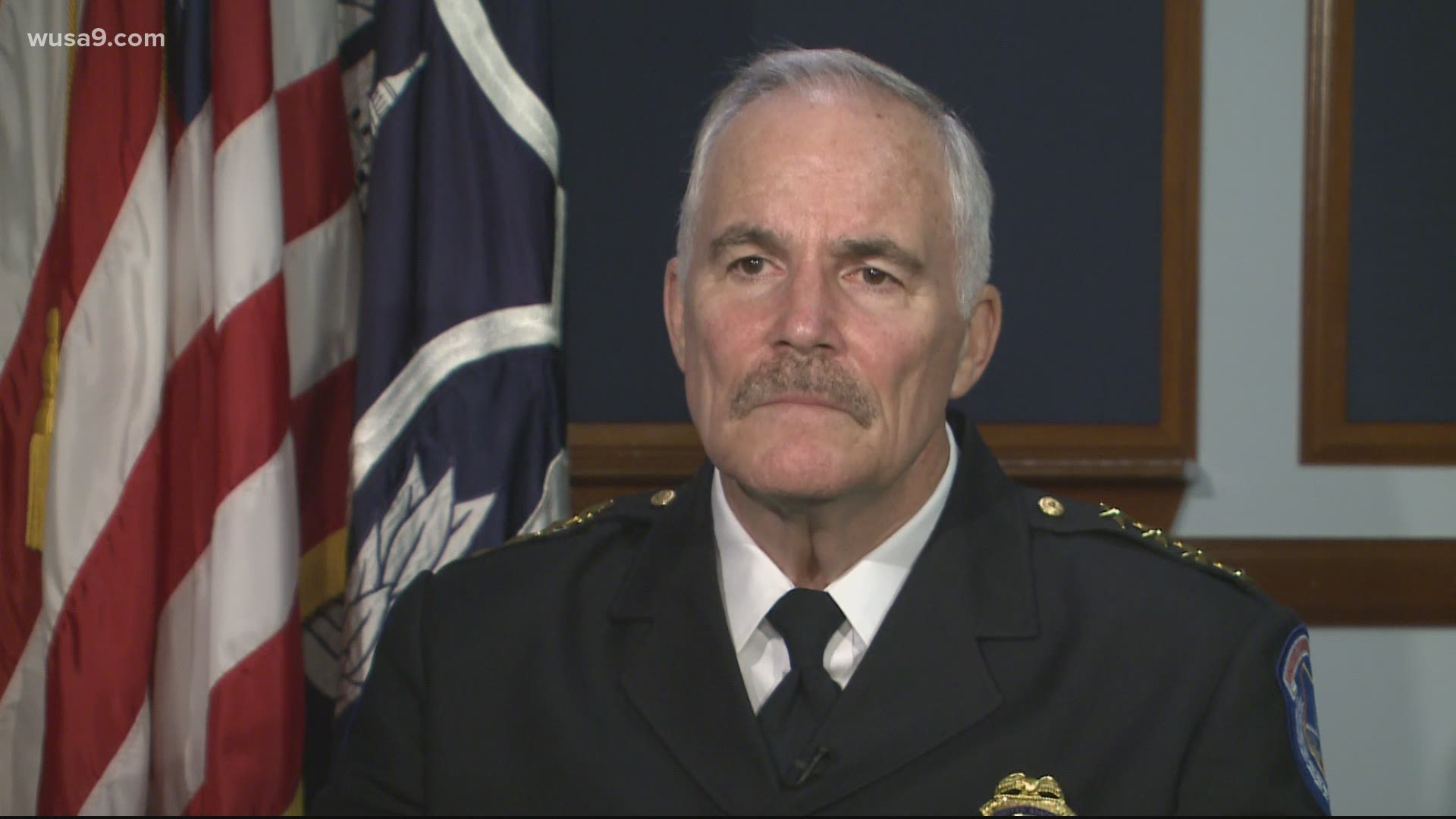 J. Thomas Manger most recently served for 15 years as chief in Montgomery County, Maryland and previously led the Fairfax, Virginia, police department. Those jobs, as well as a leadership position in the Major Cities Chiefs Association, have made him a familiar face in Washington law enforcement circles and on Capitol Hill.

He sat down with WUSA9's Mike Valerio to discuss the new position and what he hopes to bring to the Capitol.

Manger was retired when events unfolded at the Capitol on January 6. He said watching everything happen made him wish he wasn't retired.

"I wasn't interested in just coming back anywhere, I wanted to come here because I think I could help," said Manger.

He believes that you could look at any police department in the country and make a list of things that need to be improved upon but January 6 presented a good opportunity to take a closer look at the department.

The new police chief said he plans to spend the first few days on the job meeting people and getting up to speed but when it comes to top priorities he wants to focus on four main areas: training, policy, equipment and staffing.

"There is a lot under each category but those are the four that stuck out to me," said Manger.

RELATED: 'We did not budget for an insurrection' | Senator says Capitol Police salary fund will run out next month

Manger explained that Capitol Police have been working on these areas over the last six months but there is still a lot that needs to be done. He hopes to tackle staffing levels and equipment needs, calling those issues "very fixable problems."

In April 2021, the U.S. Capitol Police union leader warned of a mass exodus and called on Congress to increase security recommendations. The head of the union said the department is struggling to meet mission requirements with, at the time, more than 230 unfilled positions and said around 500 officers are eligible to retire in 3 to 5 years.

"Look, I may be naive but I think we can make a compelling case and Congress will listen to it, said Manger. "These men and women risk their lives to protect the Capitol."

Manger explained that he doesn't plan to ask for the world of Congress but he will make very specific requests.

"I have to have faith that they'll come through," he said.

However, if Congress isn't able to fulfill what Capitol Police need, Manger said he will do everything he can to make sure the level of services will not be impacted.

"We will put together a plan to make sure we won't miss a step," he said. "This is not my first rodeo and I will give it my very best effort to maintain what we need to do our jobs."

Manger has been a police officer for over 40 years and comes to the job with more than two decades of experience as a chief of police. He said he has a lot of experience running a police agency and dealing with issues of morale.

He plans to work to inspire his team in order to accomplish good things.

"This is a team effort, if I'm the only one making decisions, it ain't going to work," he explained.

Coming from the area, Manger said he has a lot of relationships with every chief in the beltway. He intends to do everything he can to make sure all departments are working together.

"My cops, every one of them, deserves to have their story told," he said. "Their voices need to be heard."

• MANGER: My cops, every one of them from 1/6 deserve to have their story told @MarkSZaidEsq @WUSA9 pic.twitter.com/NHGkviWHeG

Manger said he may not agree with everything his officers may say but he fully supports their right to say it.

When it comes to success in the role, ultimately, Manger believes Capitol Police are better prepared today to handle big protests and challenges than the agency was six months ago but he expects people may not believe it until they see their officers face another test.

"I think when folks see how we respond to those challenges, the public, hopefully, will say, 'gee they did better' and maybe that will be the only way to measure this," Manger said.