The Washington Lawyers' Committee found more than 90 percent of people cited for fare evasion between 2016 and February 2018 were black. 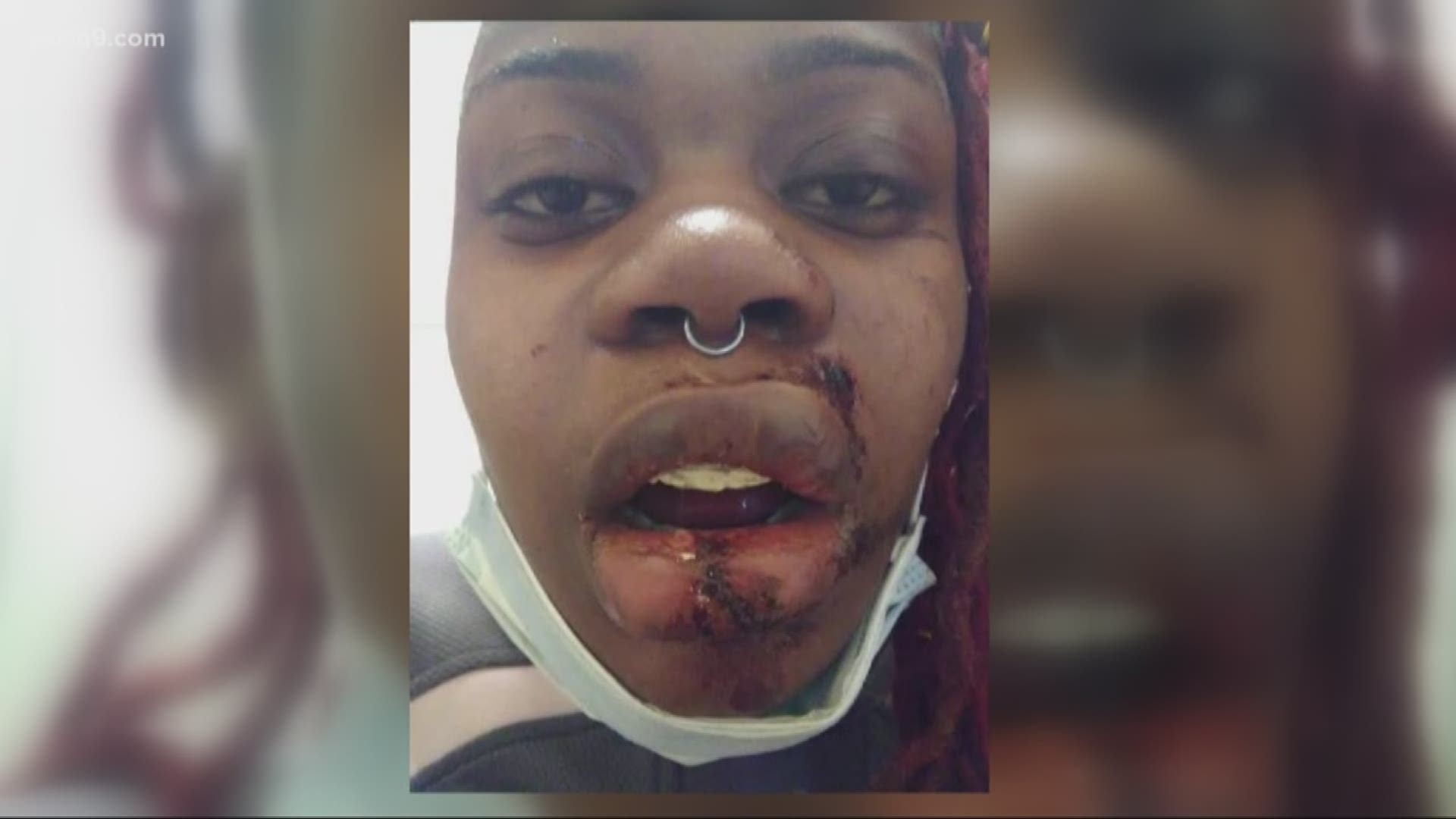 WASHINGTON -- #ItsNotFare is the name behind a new campaign to decriminalize fare evasion on DC Metro buses and trains.

It comes on the heels of a new report that revealed more than 20,000 citations were issued for fare evasion in a two-year period.

More than 90 percent of those riders were black.

With wheat paste and a piece of paper, Jessica Raven was hoping to make a statement.

“No one should be in jail because they can’t afford to access public transit,” Raven, with Collective Action for Safe Spaces, said.

At the center of this new “It’s not fare” campaign is a woman WUSA9 first reported about in February: Diamond Rust.

Metro Police slammed Rust to the ground and arrested her in Southeast DC seven months ago.

Four of her teeth broke, her face was burst open, and her knee was fractured.

The incident happened in front of her two small children because police said she did not pay to get on the bus and resisted arrest.

Rust was a student at Ballou STAY High School who owned a DC One card – which allows students to ride for free.

However, Rust did not have her student card with her on the day of the arrest.

“I was really glad that you had already highlighted the issue,” Raven said about WUSA9’s exclusive report. “People were outraged when they saw her story. I don’t want people to forget that she and so many other black women have this experience all the time.”

The Washington Lawyers’ Committee found more than 90 percent of people cited for fare evasion between 2016 and February 2018 were black.

Nearly half of those riders who were cited were black people under 25-years-old.

“These acts aren’t harming anybody and yet police are — metro transit police are taking advantage of these opportunities to further criminalize marginalized communities,” Raven claimed.

CASS is working with the ACLU to throw support behind a bill to decriminalize fare evasion in the District.

If passed, it’ll make fare evasion a civil offense instead of criminal and also reduce the fine from $300 to $100.

Metro previously announced it loses up to $20-million every year from fare evasion.

The criminal charges against Diamond Rust were dropped and she told WUSA9 that she is doing better.

WUSA9 reached out to Metro for a comment on this story, but a spokesperson never commented on this issue.