"At some point, people entering the perimeter may be subject to screening and asked what their essential purpose within the inauguration perimeter is." 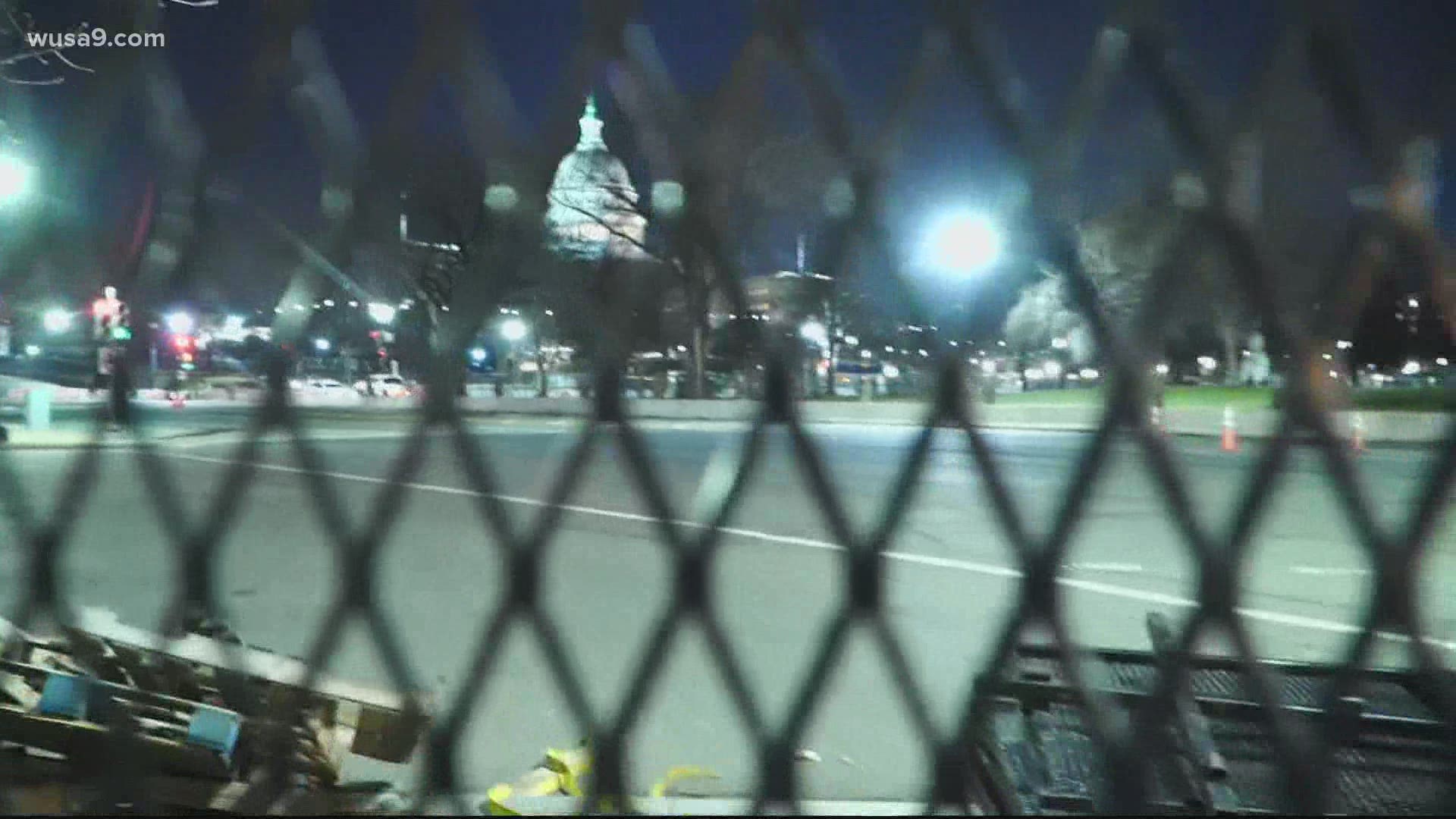 WASHINGTON — D.C. officials are working to get the word out about street closures ahead of Inauguration Day 2021 on Jan. 20 and giving the public an idea of what to expect in the next week.

DC Police put out a Tweet on Tuesday about traffic and parking restrictions that have already started near the Capitol area of the District.

"This is the beginning of the installation of the inauguration perimeter around the White House, the Mall, the Capitol and parts of downtown during the Inauguration," Susana Castillo, Mayor Bowser's press secretary, said.

D.C. officials and its federal partners are in direct conversation with one another about the setup for the inauguration, according to Castillo.

People who want to be alerted about Inauguration Day by the city can do so by signing up for text alerts: text INAUG2021 to 888-777

DC officials have said that the following streets are closed for Inauguration Day until further notice:

The road closures are subject to change on the surrounding streets around the White House, the National Mall and the U.S. Capitol and other parts of the city including Downtown D.C, according to officials with DC Police and government officials.

WMATA will close 13 Metrorail stations ahead of Inauguration Day on Jan. 20, according to the transit authority in a statement to WUSA9.

RELATED: Metro closing 13 stations ahead of Inauguration Day in DC

Traffic Advisory: On Tuesday, January 12, 2021, at approximately 6 am, morning commuters should be aware of parking restrictions & potential street closures in the downtown area. Stay tuned for additional updates.

The head of the National Guard says at least 10,000 troops will be deployed in Washington, D.C., by Saturday, and an additional 5,000 could be requested from other states.

There are currently 6,200 Guard members in the city from D.C. and five nearby states. The increase in requests for Guard members on Monday comes as officials brace for more, possibly violent protests surrounding the inauguration of President-elect Joe Biden.

The National Park Service (NPS) has suspended tours of the Washington Monument through Jan. 24 after receiving "credible threats" following last week’s riots at the U.S. Capitol.

According to NPS, the groups responsible for storming the Capitol on Wednesday, Jan. 6 have continued to threaten the District and the setup prior to Inauguration Day.

RELATED: National Guard sending at least 10,000 troops to DC ahead of Inauguration Day