The business became known for their breakfast sandwiches, “ghetto iced tea,” and conversations with Kenny and other staff members. 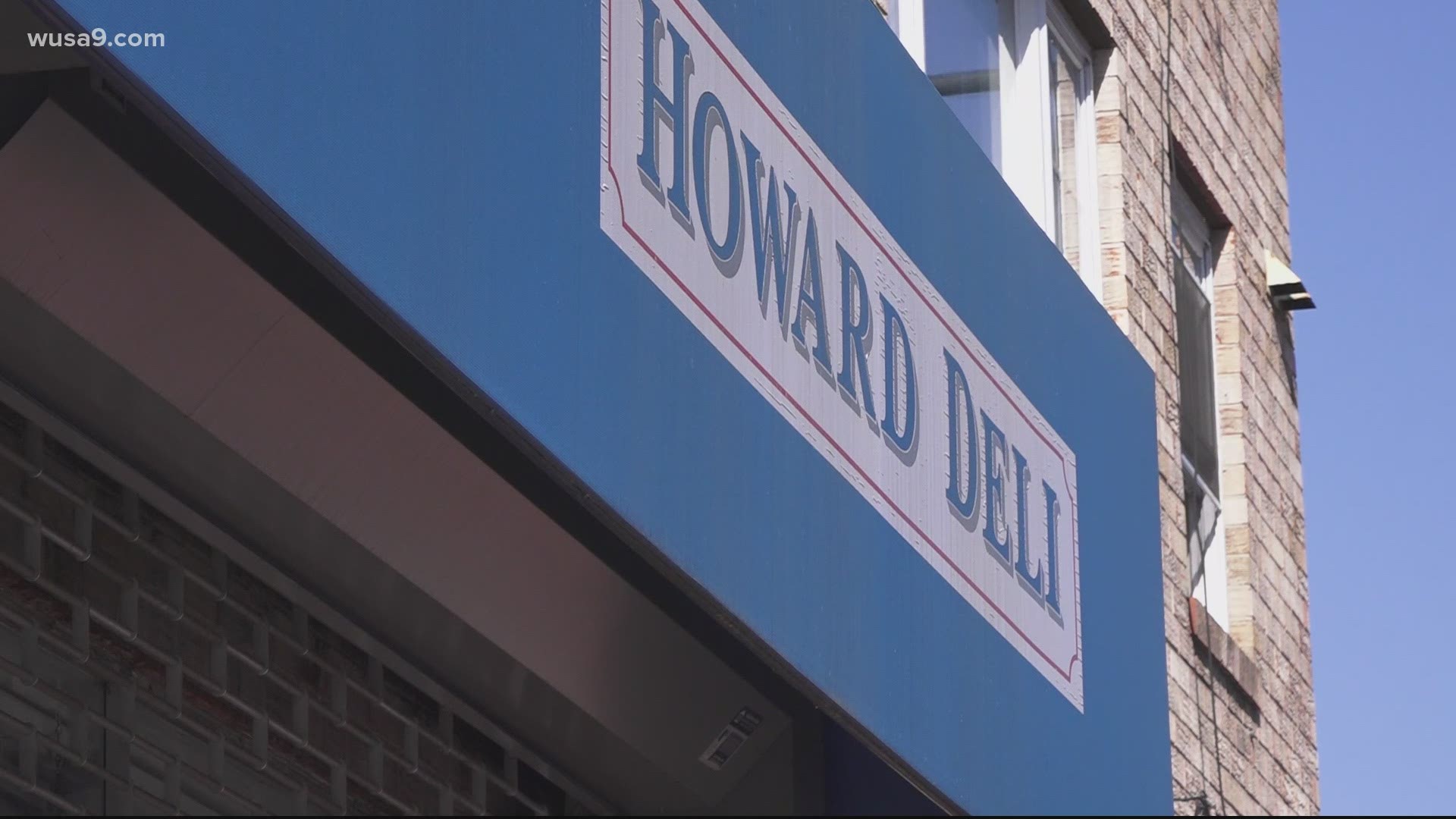 WASHINGTON — An iconic D.C. business was forced to close because of the coronavirus pandemic and the owner’s medical issues.

Howard Deli on Georgia Avenue Northwest had been open for nearly a century.

However, between a drop in business due to the pandemic and the owner facing a series of health problems, the family-run store made the difficult decision to close.

Things do not feel the same for Diaz and his family after closing the business they ran for decades.

“It’s not a good feeling for real,” he said.

Diaz and his brother Kent “Kenny” Gilmore, who is a 41-year Army veteran, were the owners of Howard Deli which stand across from Howard University.

“When people would come back to the city, their first spot – they would come in the store and see Kenny and everybody and reminisce about the old days,” Diaz recalled.

The business became known for their breakfast sandwiches, “ghetto iced tea,” and conversations with Kenny and other staff members.

ICONIC BUSINESS CLOSED: Howard Deli was forced to shut down because of the COVID-19 pandemic and the owner's health problems.

It's likely you've been here if you went to Howard U, Banneker High School, or lived in the area. This place will be missed. @wusa9 #GetUpDC #HowardDeli pic.twitter.com/L8GvvYSuDw

Howard Deli was first opened in 1924 by Mary and Frank Guerra. It was located where Howard University's Business School building currently stands.

Diaz said he and his brother lived near the store and used to work there as kids.

“As they got older, they decided that they’ll – well let’s let -- they gave us the business – let us run the business,” Diaz said.

The brothers inherited the deli in 1988 from the Guerra family and ran it with pride up until last year when Kenny suffered several strokes.

“He hasn’t been back here since Nov. 10. They had to keep him. He went to rehab after Howard University then went to rehab. Then, [he] went from rehab to the nursing facility,” Diaz said.

And on top of that, Diaz explained the effects of the coronavirus pandemic meant that students and staff were not on Howard University's campus or attending neighboring high schools.

The deli’s business showed a sharp decline in sales with fewer customers coming in the door.

RELATED: This Black-owned restaurant hopes to fight food insecurity in the DMV. Here’s how you can help | For The Culture

With accumulating bills, it became hard to survive and to eventually make the heartbreaking decision to close their gates for good.

“I’m really going to miss the deli and the customers,” Diaz said.

Family members said Kenny is doing better but still has a long road to recovery.

Supporters have begun donating to a family-run fundraiser to assist with Kenny’s medical bills since he will no longer be getting income from the store.