Less than 72 hours out of prison, Momolu Stewart spoke to fellow Hoyas at Georgetown University, giving thanks to the professor who transformed his life. 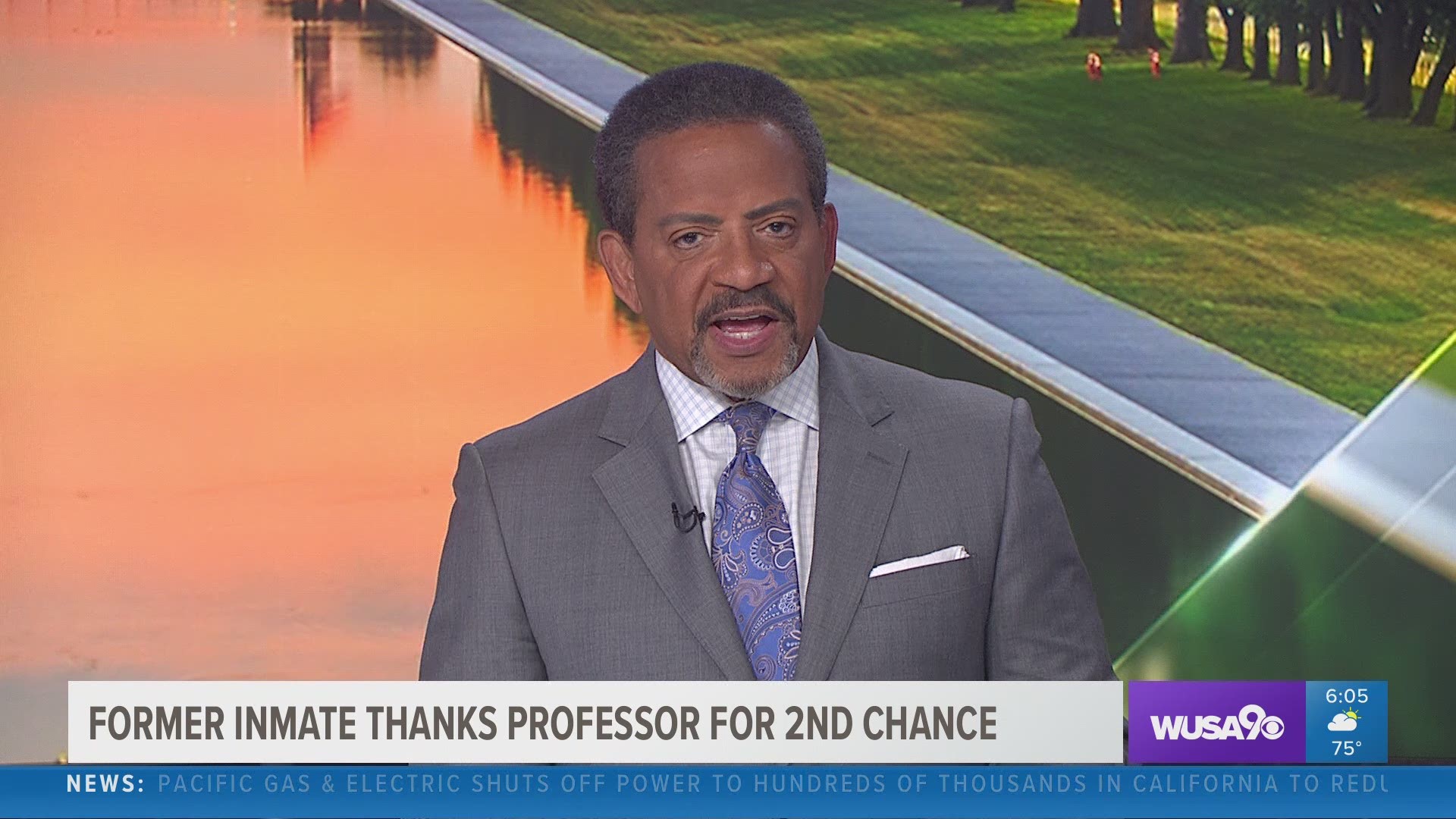 WASHINGTON — A former D.C. inmate, who was incarcerated for murder, spoke to students at Georgetown University less than 72 hours after leaving prison.

Georgetown University's Prison and Justice Initiative offers an array of credit and non-credit classes in philosophy, government, personal finance, and others, to inmates held in D.C.'s jail.

"Really there’s no words to describe it," Stewart said. "I try to describe it as epic and phenomenal, but that’s all an understatement."

Stewart became somewhat of a celebrity thanks to Kim Kardashian-West, who wrote a letter petitioning for his early release. Stewart is starring in Kardashian-West's documentary on Oxygen.

But she is just one piece of the puzzle.

"It’s impossible to know exactly what led to the favorable decision," Marc Howard, the director of Georgetown University's Prison and Justice Initiative, said. "I think there were a lot of factors, but it certainly didn’t hurt....ultimately, the credit goes to him."

Under a D.C. law called the Incarceration Reduction Act of 2016 (IRAA), a person who committed a violent crime, while they were under the age of 18, who has served at least 15 years of their sentence and has shown to rehabilitate, can petition for early release.

Stewart is only one of a handful of returning citizens out on IRAA.

But not everyone’s celebrating his return. Stewart and another man shot and killed Mark Rosebure in 1997.

We reached out to Rosebure’s family for comment. They have not responded.

Rosebure's niece wrote on her Facebook page that she can "forgive" but she will "never" forget what happened to her uncle.

"I pray that one day [Rosebure's family] will be able to forgive me," Stewart said. "My penitence is real."

Stewart's homecoming is in large part thanks to classes held in prison led by Georgetown Professor Marc Howard.

"There's a lot of evidence and research that's shown that people who are incarcerated get higher education, they don't go back to a life of crime," Howard said. "So we feel like we're doing a great public service to the community by taking people who have struggled, and have made mistakes in the past, and giving them a new course where they're going to succeed."

Howard was also instrumental in connecting Kardashian and Stewart.

"Kim's producers called me....she was looking for cases of human transformation, people who have come a long way since their incarceration and might have a chance to come home," Howard said. "When I told [Momolu Stewart and Joel Caston] that Kim Kardashian was coming to the jail and was going to be filming them and featuring them for a documentary, they almost fell to the floor."

Ultimately, his scholastic success helped Stewart demonstrate he was preparing for a better future, and helped him convince a judge that he should get early release on parole.

That’s why Stewart spent his third day out of prison sharing his story with his fellow Hoyas at Georgetown University, giving back to the community that gave to him.