'Enough is enough' | Siblings take frustration to the streets, leading protest from Howard U to the White House

Ace and Aly Conyers said they've dealt with discrimination their whole lives, but the video of George Floyd inspired them to act. 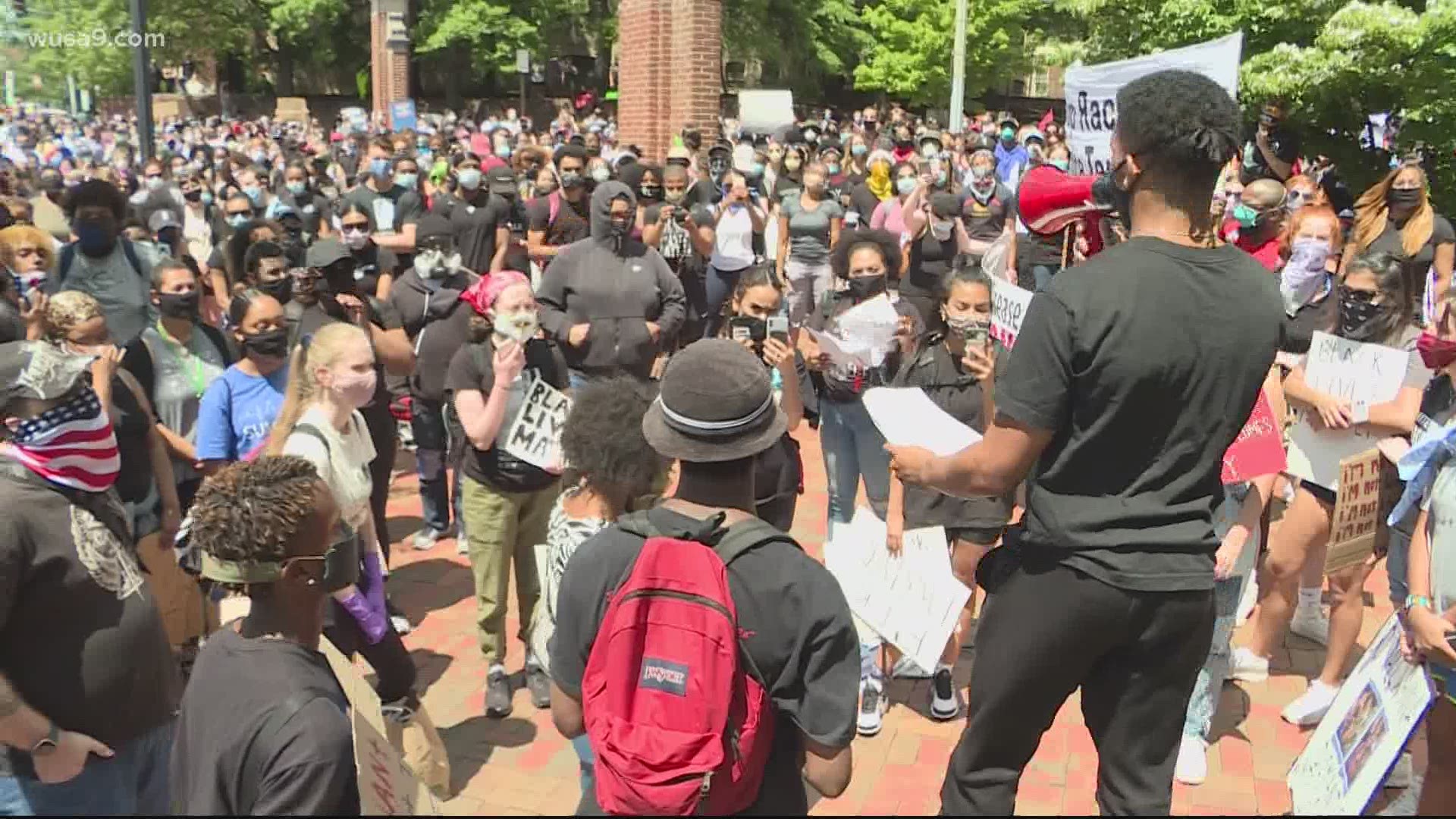 WASHINGTON — After seeing the video of George Floyd screaming "I can't breathe!" as a Minneapolis police officer knelt on his neck, siblings Ace and Aly Conyers felt compelled to act.

“Really the video of George Floyd was, it was traumatizing for us all to watch," Aly Conyers, a rising high school senior, said. "And when we saw the cop look at the camera and not change anything about his demeanor or what he was doing, it really made us angry, and we started to realize that this cop is doing this in the face of a camera, what else are they doing behind cameras?"

Aly said they wanted to make their voices heard, so the brother and sister worked with a couple of friends to stage a protest Sunday for Floyd and against institutional racism as a whole.

A diverse group of hundreds met at 2 p.m. at Howard University and marched down Georgia Avenue more than two miles to the White House.

Ace, who graduated from a high school in Lorton, VA but now is a rising sophomore in college, said he has witnessed too many instances of discrimination in his own life to sit back and do nothing.

“Enough is enough," he said. "It’s just tiring to see what my people have to go through every single day. It’s in the light now, but there’s been many cases that it’s still in the dark that it’s never ever gotten as much media attention, that people will never know, but as a black person in America you know. There’s discrimination everywhere, in your schools, from school resource officers to any type of authority. It’s just different when it comes to a black person.”

At the rally, his sister emphasized how this -- and so many other incidents -- violate basic human rights that are not afforded to black people far too many times.

Speakers led the group in chants of "Black Lives Matter" and "Say their Names!", as the crowd grew by the minute.

The siblings also urged action beyond this protest, encouraging people to take their frustrations to the ballot box.

Aly said as a senior she plans to set up an initiative with other schools in the area (she lives in South Carolina) to work with local government leaders, in the hopes of creating real change together.

One special moment happened as the protesters walked down Georgia Avenue toward the White House. A small group of nurses from Howard University Hospital ran outside to cheer them on. In response, the demonstrators applauded them, presumably for their efforts to help patients during the COVID pandemic. 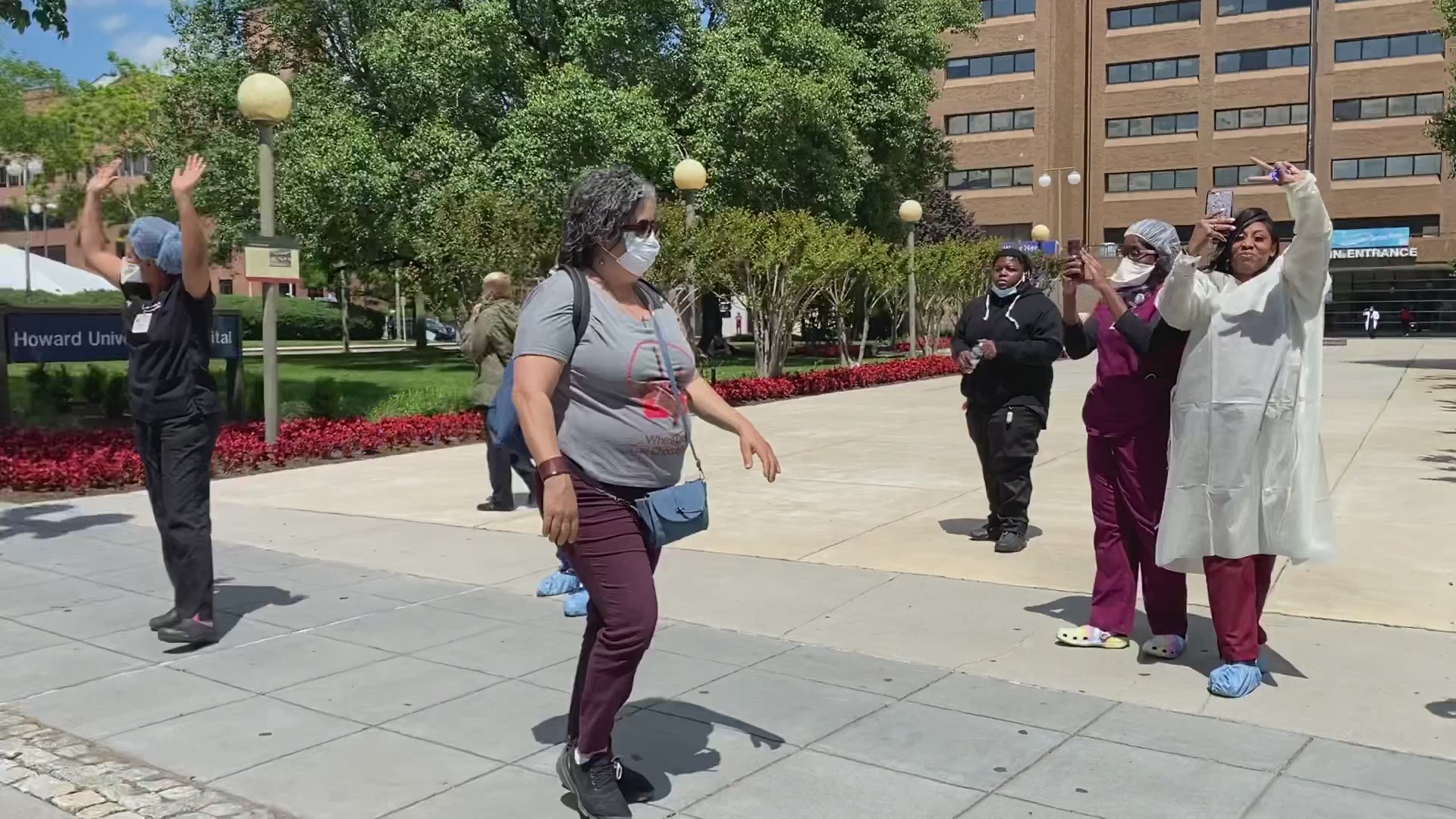 That's the sentiment Aly Conyers ended on -- reminding the group that a pandemic was still going on. She talked about how data has shown that the coronavirus has disproportionately and negatively affected the black community.

She urged everyone to be as safe as they could while demonstrating, even though social distancing was near impossible.

The group made it to the White House about an hour later, where other people joined the protest steadily throughout the night.