The 18-year-old was killed in September 2020 after an encounter with officers in Southeast DC. Video appeared to show Deon Kay had a gun when he was shot. 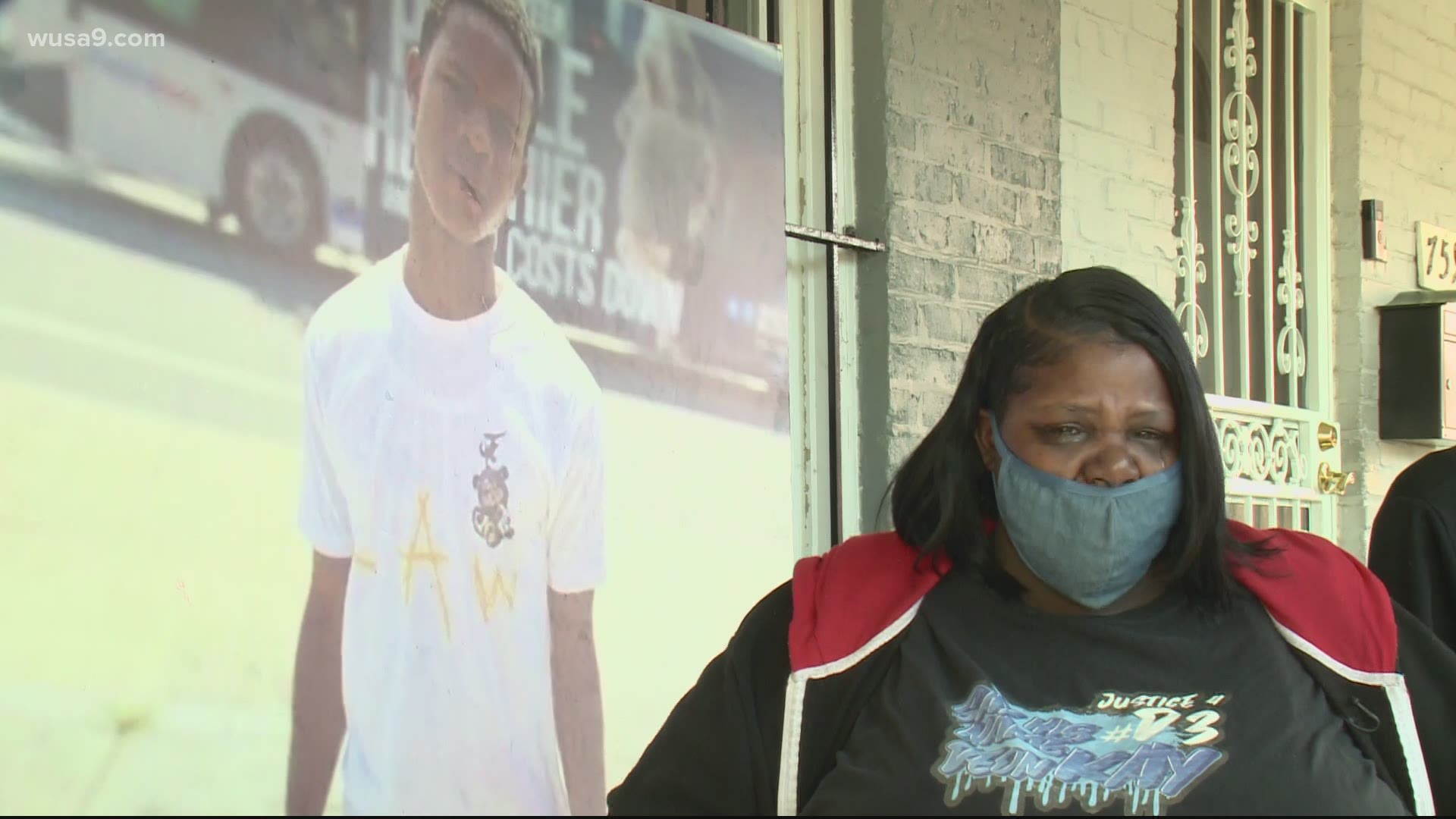 WASHINGTON — The family of an 18-year-old man killed at the hands of D.C. police is suing the department for allegedly withholding footage from the day he was shot.

Deon Kay was killed on September 2, 2020 after an encounter with officers near the 200 block of Orange Street in Southeast D.C.

Video from D.C. officers appeared to show Kay had a gun when he was shot.

However, loved ones are now publicly calling the footage released last year into question.

It has been more than six months of hurt, pain, and sleepless nights for Deon Kay’s mother, Natasha.

“I’m up half of the night thinking about him,” she said.

Natasha Kay’s life changed in a matter of seconds it took a D.C. police officer to open fire on Deon last year.

“He was not no bad person at all. He loved everybody,” she told WUSA9.

Natasha expressed frustration in the negative picture painted of her son by police.

RELATED: Everything we know so far about the fatal police shooting of 18-year-old Deon Kay

“I know that he’s a validated gang member from the area, and I know that he’s had multiple touches with the criminal justice system,” Former D.C. Police Chief Peter Newsham said during a press conference in 2020.

“It’s like every child. They do things and get caught by the police,” Natasha Kay said. “It’s little things that kids do – steal out the gas station, run and take a bike. It’s stuff like that.”

Though police said he was a known gang member, WUSA9 could not find anything on Deon's public criminal record in the DMV.

Police showed body camera video to the family the day after the shooting.

“We asked for it not to be released out. The man said it’s up to Mayor Bowser,” Natasha Kay said.

However, she said the mayor publicly released the video despite her wishes within less than an hour of her seeing it.

In the video, D.C. police showed and explained Deon Kay had a gun in his hand when Officer Alexander Alverez shot him.

Police said the gun left Deon’s hand and ended up some 98-feet away from where he was shot. It has not been determined if the gun was tossed from the 18-year-old’s hand before being shot or if the gun might have fallen out of his hand from the impact of being hit by the bullet.

“There appear to be some conflicts in what was told to the public and what we saw on the native footage,” Yaida Ford said.

Ford is representing Kay in her fight to get copies of all the body camera footage from when Deon was killed.

After federal prosecutors decided there was not enough evidence to criminally charge Officer Alverez, they met with Kay and Ford to break the news.

According to Ford, the U.S. Attorney’s Office allowed them to view raw footage from several body-worn cameras at the scene. She said the video was more than what was released publicly and from multiple points of view.

“There were some concerns that we had when we watched the native footage versus the footage that we saw through the media,” Ford told WUSA9. “For example, we saw Deon grab his chest with both hands -- open palm, and there was no gun. No gun hit the ground. We didn’t see him throw a gun. So, that definitely raised my tentacles.”

Ford requested footage from several officer’s cameras on November 20th in 2020 through a Freedom of Information Act (FOIA) request.

The lawsuit filed in March 2020 asks for a preliminary injunction requiring D.C. Police to hand over, what Ford called, unlawfully withheld records.

Those records specifically pointed to the footage from officers’ body-worn cameras at the scene where Deon Kay was killed.

KILLED BY POLICE: #DeonKay, 18, was killed by DC Police near Orange & 2nd Streets in SE.

Police were responding to reports of people in the area with guns. Officers chased Kay and one shot him after observing a gun in his right hand. He appeared to be tossing the weapon @wusa9 pic.twitter.com/7YCEajMuZg

Emails within the lawsuit show Ford went back and forth with some city employees, and the FOIA office eventually wrote it was dealing with backlogs.

An MPD FOIA office employee detailed the deadline extensions afforded to it under the current public health emergency, according to a lawsuit exhibit.

“The only thing standing between Ms. Kay and the truth is the footage,” she said.

D.C. Police refused to comment on the FOIA request because of the lawsuit.

Regarding the video footage, a spokesperson wrote, “the family of Deon Kay was shown the same BWC footage that was provided to the public in the community briefing video and the full BWC video.”

Ford and Kay are hoping to get the video professionally analyzed after seeing what they believe to be a different version of events from the footage seen in private.

Ford said seeing and exploring more about what happened to Deon might help his grieving mother and siblings begin to find some peace.

“He was everything to me. Period. I love all my kids, but it was something about him,” Natasha Kay said.

The D.C. Auditor is preparing a case study on Deon Kay’s killing and hopes to present the findings in 2021.