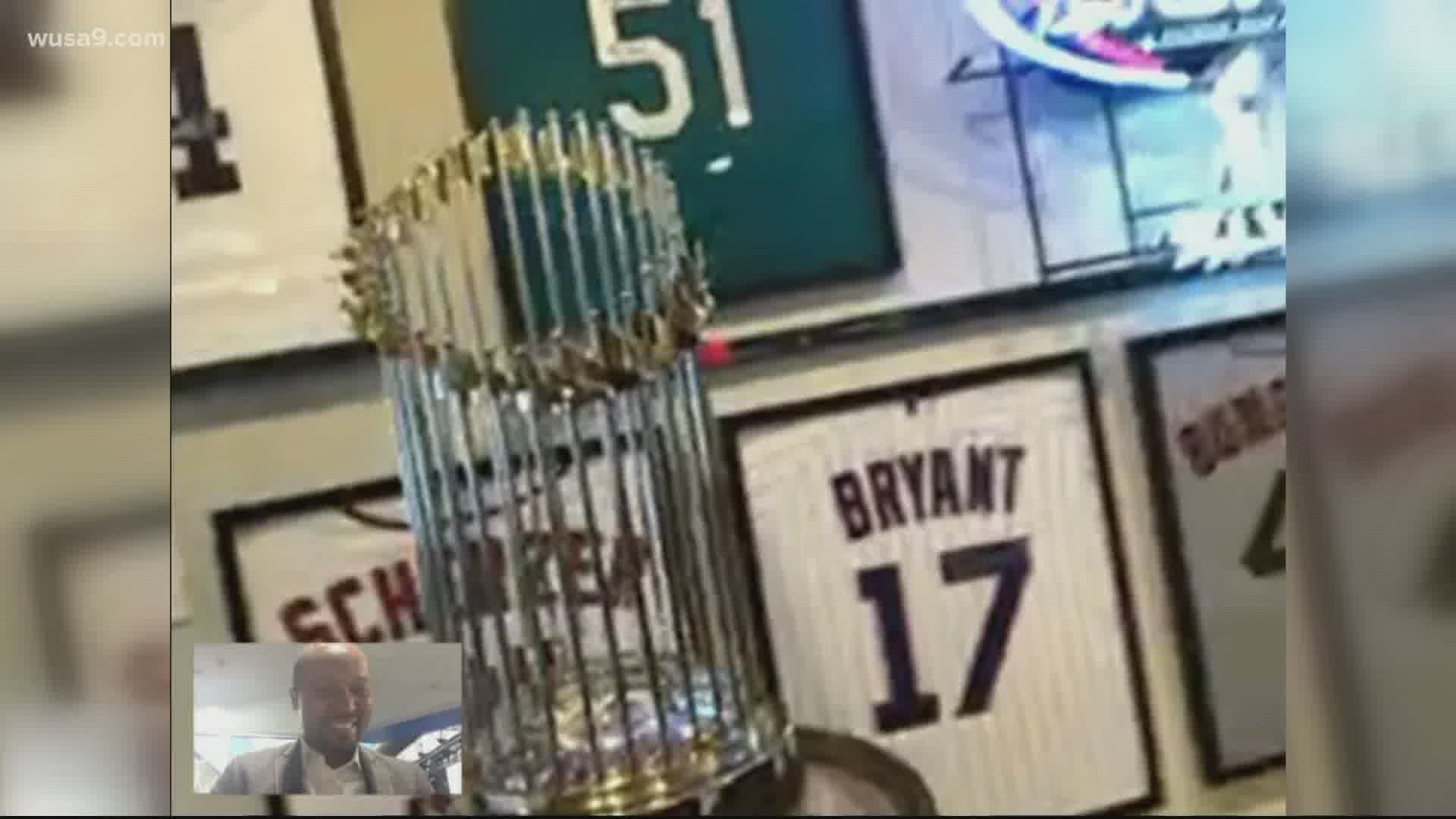 WASHINGTON — Nationals star Adam Eaton has spent a lot of time in his house during the quarantine. During an interview with WUSA9 Sports Director Darren M. Haynes, the World Series champion started to show off the sports memorabilia in his house.

Eaton has pitcher Max Scherzer's stolen base. It was Scherzer's first career stolen base, which took place in a 2-0 win over the Atlanta Braves during the 2018 season. "I'm not sure why he gave it to me," said Eaton. With the performance, Scherzer became the first pitcher at the time to pitch a complete game shutout with 10 or more strikeouts and a stolen base since Nolan Ryan did it on May 16, 1984.

Eaton has a signed picture of Hall of Fame hockey player Bobby Orr.

The former Bruins defenseman is widely regarded as one of the greatest hockey players of all time, visited Nationals spring training before the 2019 season.

Speaking of hockey, Capitals star Alex Ovechkin is also one of the greatest to ever play the game. Eaton has a hockey stick from the Great Eight. Only one problem, Ovechkin didn't sign it. "I always feel weird to ask players to sign things but I'll take some stuff."

Eaton has been with the Washington Nationals since 2017.

RELATED: MLS to restart its season with tournament starting July 8