Hurricane Florence could mean a first for D.C.: erecting a huge levee to protect downtown from catastrophic flooding. 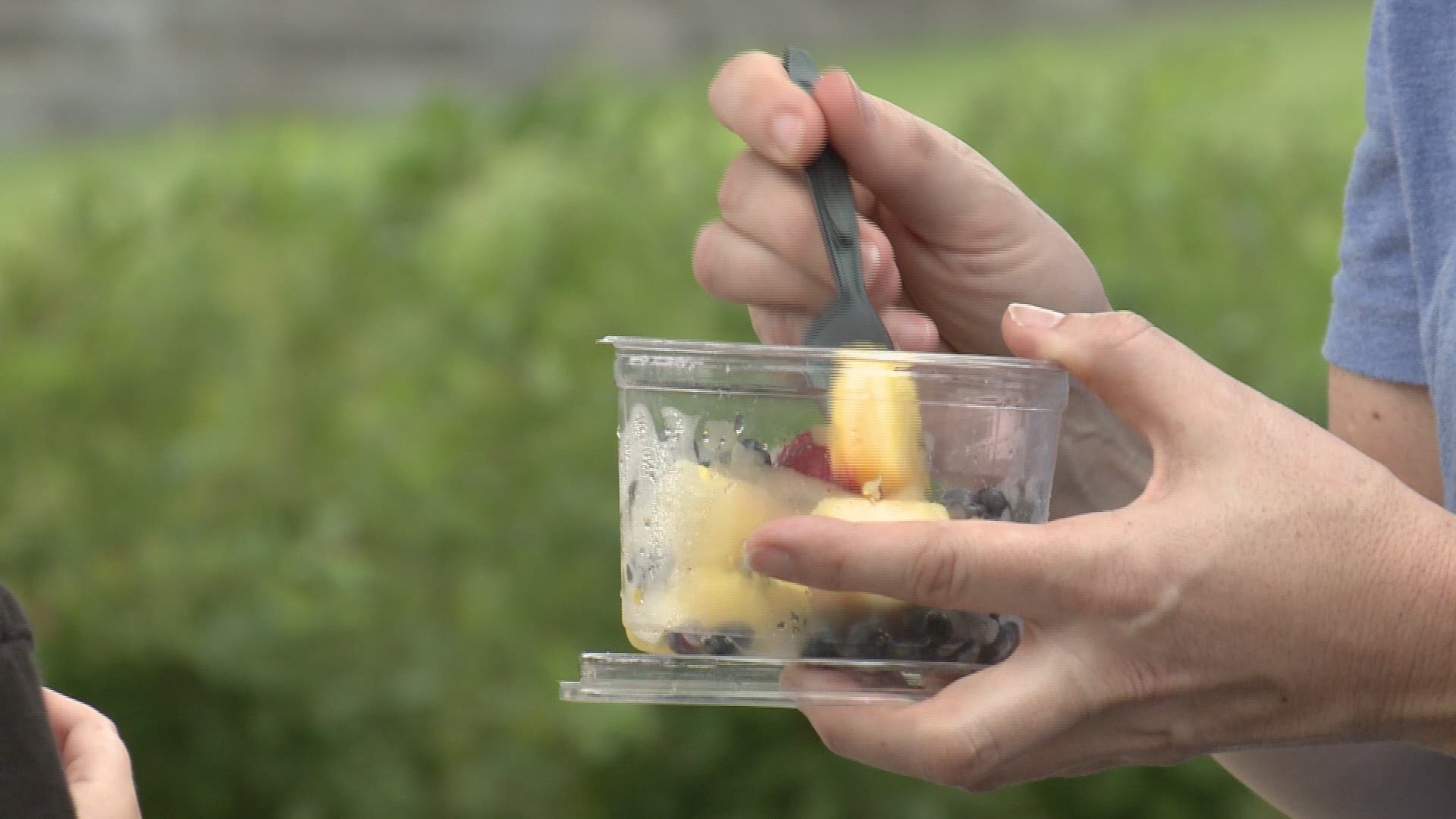 WASHINGTON - Emergency preparations continue along the east coast with Hurricane Florence’s uncertain track. Due to the storm, officials could erect a huge levee to protect downtown D.C. from catastrophic flooding. It would be the first time the 17th Street levee would be used.

The family stopping for a bite on their way to the Air and Space Museum, knowing it’s the water city leaders are focused on.

“I don’t like to imagine it underwater,” Knox said. “It’s so incredible and historic.”

The 17th street levee was designed to make sure that doesn't happen. Built in 2014 in response to flooding that made it all the way to the Federal Triangle Metro stop, the levee has been tested once a year by the National Park Service in dry conditions.

It has yet to face a real-world challenge, like the one that could develop from Hurricane Florence, to see if the levee will hold during an actual flood.

Tuesday, Dr. Christopher Rodriguez, D.C.’s Director of the Homeland Security and Emergency Management Agency, said he is confident it will.

Rodriguez said the park service is ready to trigger that levee if river gauges along the Potomac River hit a critical point.

“When those gauges start to move up, we will have 24 hours’ notice of any potential flooding that would happen in that area,” Rodriguez said.

The levee is 10 feet tall at its highest point. If it is needed, huge steel beams will come up out of the sidewalk and the street along 17th to hold concrete slabs into place.

Those concrete slabs would be responsible to hold back millions of gallons of flood water from the Potomac River, at the base of 17th Street.

National Park Service spokesman Mike Litterst said those concrete barriers are loaded on flatbeds and ready to go on a moment’s notice and would take around three hours to get into place.

That timeline is critical with the tidal basin along Independence Avenue already appearing raised and on the verge of overtaking its banks Tuesday.

The levee is designed to protect the downtown business district from floods rushing up 17th Street by pooling the water over the National Mall.

Carley Knox said her family isn’t sticking around to see if that levee is needed, or if it works.

“We are excited to get out of town tomorrow and beat the rain,” Knox said with laugh.

Litterst said the National Park Service will let the public know if it decides to put up the levee because of the traffic headaches it will cause.

WUSA9 is following the latest on Hurricane Florence as the storm comes closer to landfall. We will have the latest updates on how the storm could impact our area every three hours online, on our app and on social media: Facebook: facebook.com/pg/WUSA9 Twitter: @wusa9.