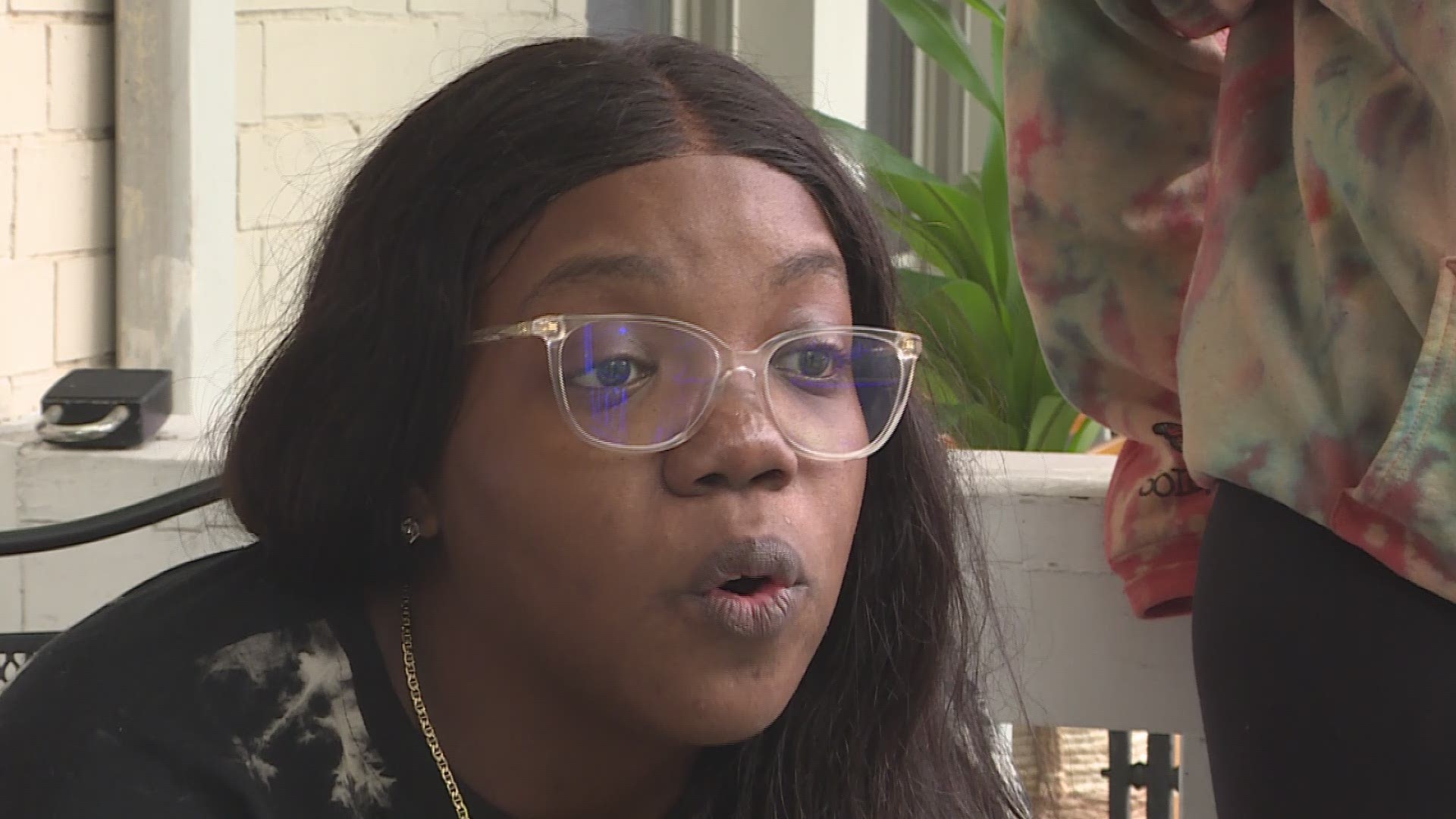 WASHINGTON — Two days after her 16-year-old son was shot and killed in broad daylight, a D.C. mother of six is calling for accountability from the community and its leaders.

“I have to plan my 16-year-old son's funeral," Juanita Culbreth said. "I can't quite make sense of it.”

Shortly before noon Friday, D.C. Police responded to reports of gunshots at 3570 Warder St NW. When they arrived, they found an unoccupied Mercedes with gunshot damage. Officers were then flagged down for a car crash involving a Honda Civic and a parked car in the 600 block of Upshur Street.

Once on scene, police found a 16-year-old boy and a man both suffering from gunshot wounds. D.C. Fire and EMS declared the 16-year-old dead at the scene, and the man, who was shot in the left hand, was transported to a hospital for treatment of non-life-threatening injuries. He was in stable condition.

The 16-year-old has since been identified as Kassius-Kohn Glay.

“That’s my baby. He was such such such such a good kid. Such a blessing," his mom, Juanita said. "Kassius was an honor roll student. I just opened up his report card Friday night. Kassius got all A’s and one B minus.” 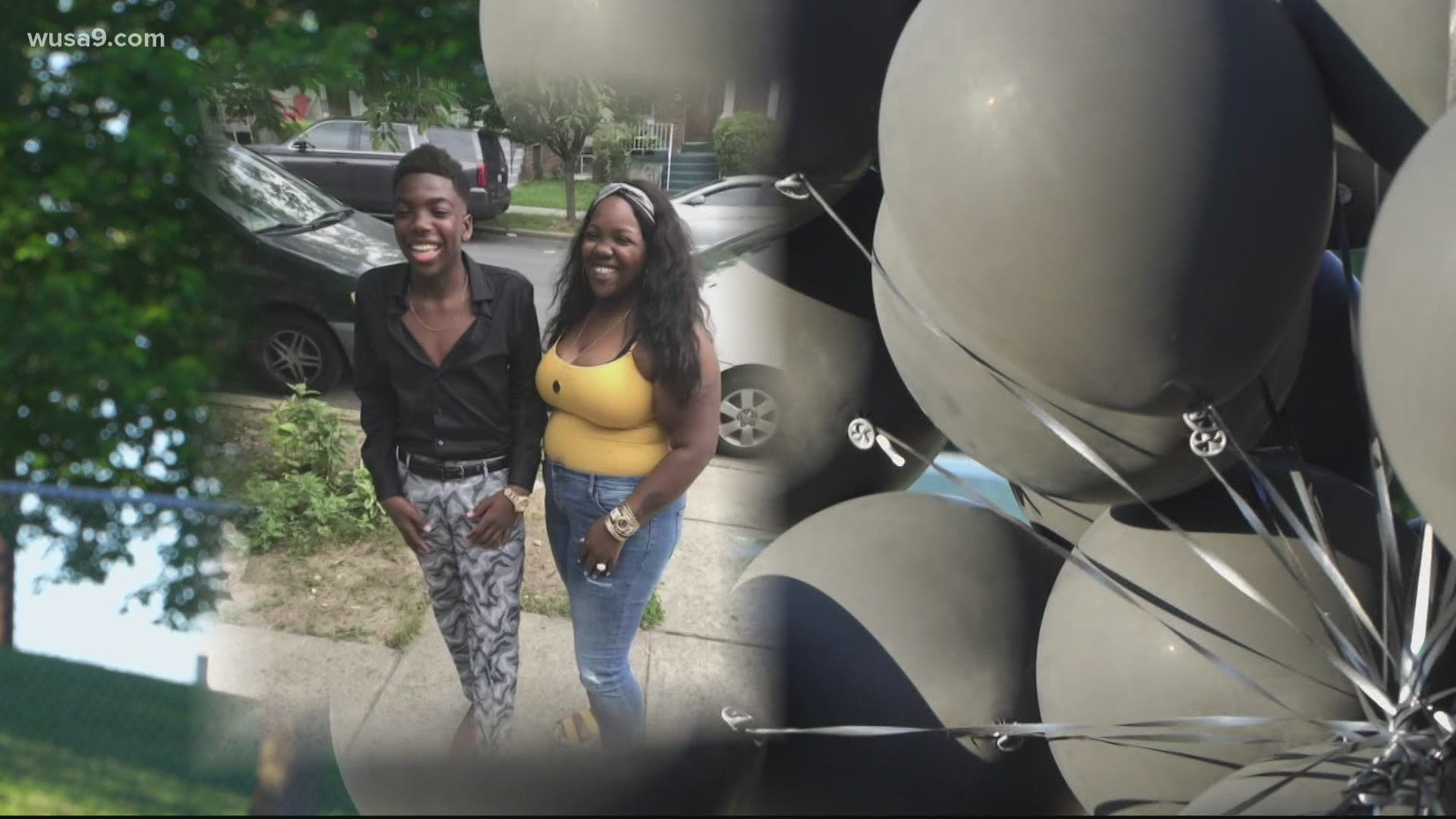 Juanita called Kassius, the second of six children, a tech whiz, who had dreams of starting a business with his older sister, Juanna. She said he was in eleventh grade at Bell Multicultural High School.

“That was my best friend. We was really close," 20-year-old Juanna Culbreth said. "And I really just want everybody to know that he had a family, and he did have people that loved him.”

The family said almost stronger than any other feeling is anger and disappointment — with the community and its leaders.

She said she tried to get help from different organizations after her son watched his best friend, 17-year-old Taijhon Wyatt, get murdered in August 2020.

It's a tragically increasing trend.

“So many people have flooded my house now that my son is deceased. I wish my door was flooded like this when he was alive. He'd probably still be here with us," Juanita said. "I'm just one single mother of six. And I've been advocating for my kids from day one … I can't do it by myself.”

RELATED: 3 kids shot in as many days | DC crisis therapist who lost her own child to gun violence calls for change

Juanita wants to protect other mothers from this feeling of grief, anger, disappointment as she honors the life of her oldest boy.

“Anybody who encountered Kassius — they loved him. Everybody," she said.

Others have shared their memories of the 16-year-old on social media, including his former art teacher, Bryan Hill:

"I was his art teacher during school years 2015-2017 when he attended Truesdell Education Campus. He may not have been the best artist but he always gave his all and always wanted to be better. He was a role model to so many of the other students in the school including his little brother. He was a member of the Jr Elite Scholars which was a book club that promotes literacy among the young Black and Brown boys of the school. He often could be found reading to younger students to pass the time.

You will struggle to find anyone that will not be able to say anything positive about Kassius. This is a huge hit to both his family and the community.

The last time I saw Kassius was when he attended an Alpha Phi Alpha Community Day in 2018 that was held at Lansbugh Park in Southwest. He was there with his brother getting school supplies and books before the start of the school year. We shared pleasantries as if I hadn’t seen him in a while as I was no longer his teacher. I don’t recall the exact conversation I do remember commending him on investing in his future."