The report does find the shooting itself to be justified, however. 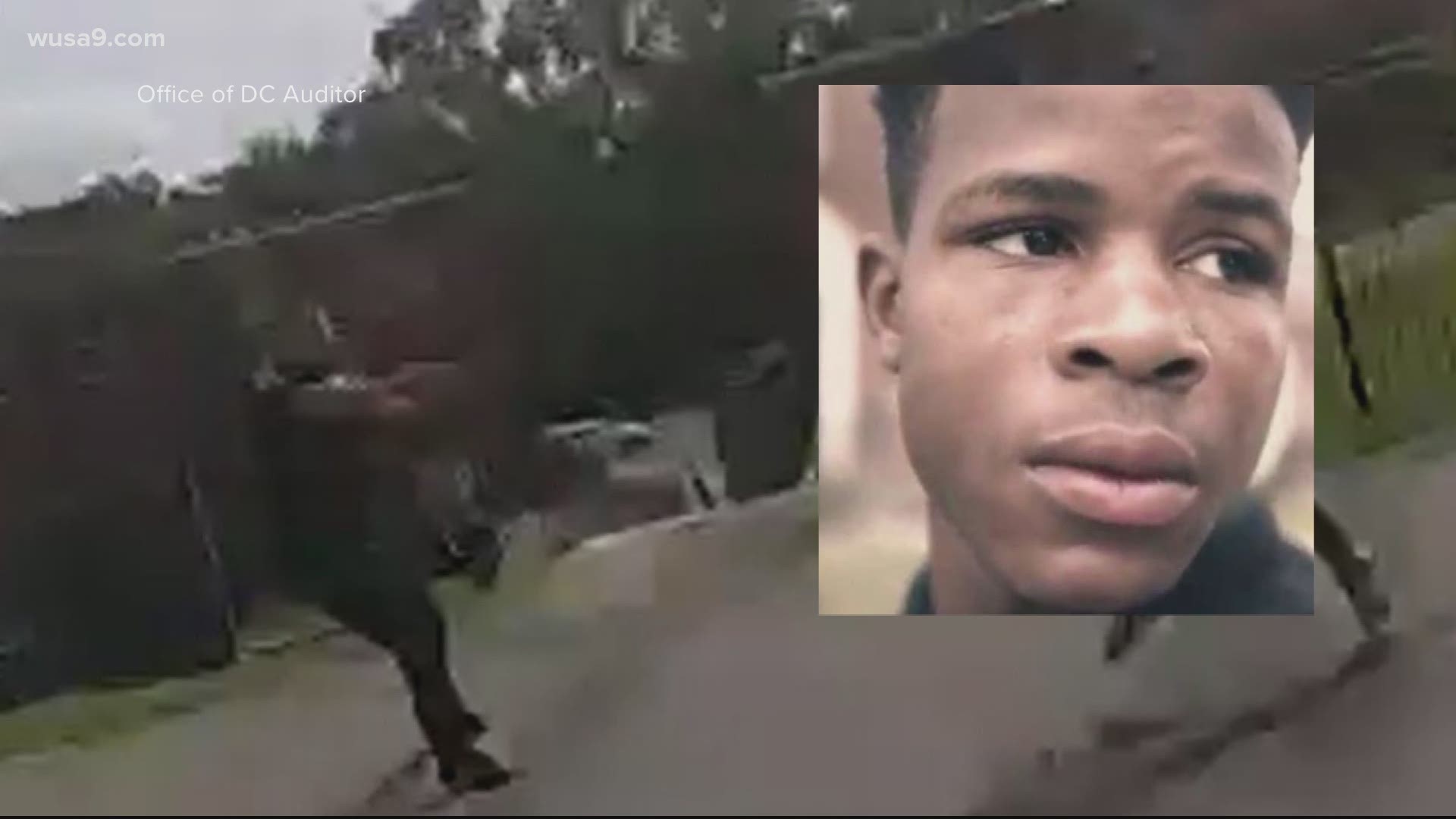 WASHINGTON — A damaging report from the DC Auditor finds the police shooting of 18-year old Deon Kay in September 2020 was justified but said: “officers acted recklessly and without a plan.”

The report said police were responding to an Instagram LIVE stream showing men flashing guns inside in a car. Additionally, the report said the officers sought out the car near 225 Orange Street, and when they got out of their cruiser saw another man running -- not Kay.

Officer Alexander Alvarez's body camera footage shows him taking off after this person, gun out. Then, it shows Kay getting out of the back of the car and start running.

The video shows a gun in Kay's right hand about a second before Officer Alvarez shoots him. Police said the gun was found about 98 feet away from Kay. There are still discrepancies in opinion on whether or not Kay threw the gun before he was shot or the impact of the bullet caused it to fly out of his hand.

According to the report, “The Seventh District Crime Suppression Team officers…squandered any opportunity to de-escalate the situation and that Officer Alvarez unnecessarily placed himself in the situation that led to Mr. Kay’s death.”

“We found that the shooting was justified. That the officer had reason to fear for his life. But beyond that, it was very badly managed, very badly handled," D.C. Auditor Kathy Patterson said. "The officers who arrived on the scene, where young men were in a car ostensibly with a gun. The officers that arrived in a parking lot had no plan, did not discuss what they were going to do, and just created a situation in which a young man died.”

The @ODCA_DC released its report today on the fatal @DCPoliceDept shooting of Deon Kay.

In it, the auditor says the shooting itself was justifiable but called the officers' actions leading up to that moment reckless.

Hear from the auditor & Kay's mom's attorney on @wusa9 at 7. pic.twitter.com/S4uHOUMFoc

Investigators determined that officers acknowledged they had no plan and did not consult a higher level of management on devising “anything that resembles a tactical plan…putting the officers at unnecessary risk.”

The report found when Officer Alexander Alvarez ran after Deon Kay, he put himself at “grave risk” that someone might shoot at him from inside the Dodge or emerge out of the car with a gun, which is exactly what happened.

“Officer Alvarez’s lack of awareness of the risks presented by running past the Dodge could have cost him his life," the report reads.

Since the report was released, community members have questioned how the auditor can justify the shooting itself and simultaneously condemn the officers' other actions.

“I think what the community, I think keeps facing in these situations is a split second moment, an officer, feeling under threat from bodily harm and fires pulls the trigger. And that's the narrow part where the action is deemed justified," Patterson said. "And we've got to make sure those moments do not arrive. And that's where the rest of the policy and the implementing that policy, like de-escalation comes in.”

“Because on the one hand, they're saying that Officer Alvarez's actions were justifiable. But then they said that he created this situation himself and that it could have been completely avoided," Ford said. "And that means to me that Deon would still be alive had Officer Alvarez not done what he's done.”

Patterson said the Crime Suppression Team, which Alvarez was part of, does not have a defined purpose and supervisors couldn't explain their team's tactics. So, one of their recommendations is to develop a policy.

“You can't be sworn members of a police department and act without planning," Patterson said.

Other recommendations include creating a policy for the use of social media in criminal investigations and revising the use of force investigations policy to include evaluating risk management issues, adequacy of training, and others.

“The people of the community have to be at the table when it comes to implementing these recommendations so we can prevent another Deon Kay," Ford said.

The auditor included a letter from D.C. Police Chief Contee in the report, in which the chief writes that he agrees with almost all of their recommendations. He said the goal is to implement them by the end of 2021.

Ford filed a pre-lawsuit Monday on behalf of the Deon Kay estate, alleging wrongful death against Officer Alvarez and the District of Columbia.

The report's full list of recommendations is as follows: