The district's city council approved a bid for a small plot of land using money from taxpayers' pockets. 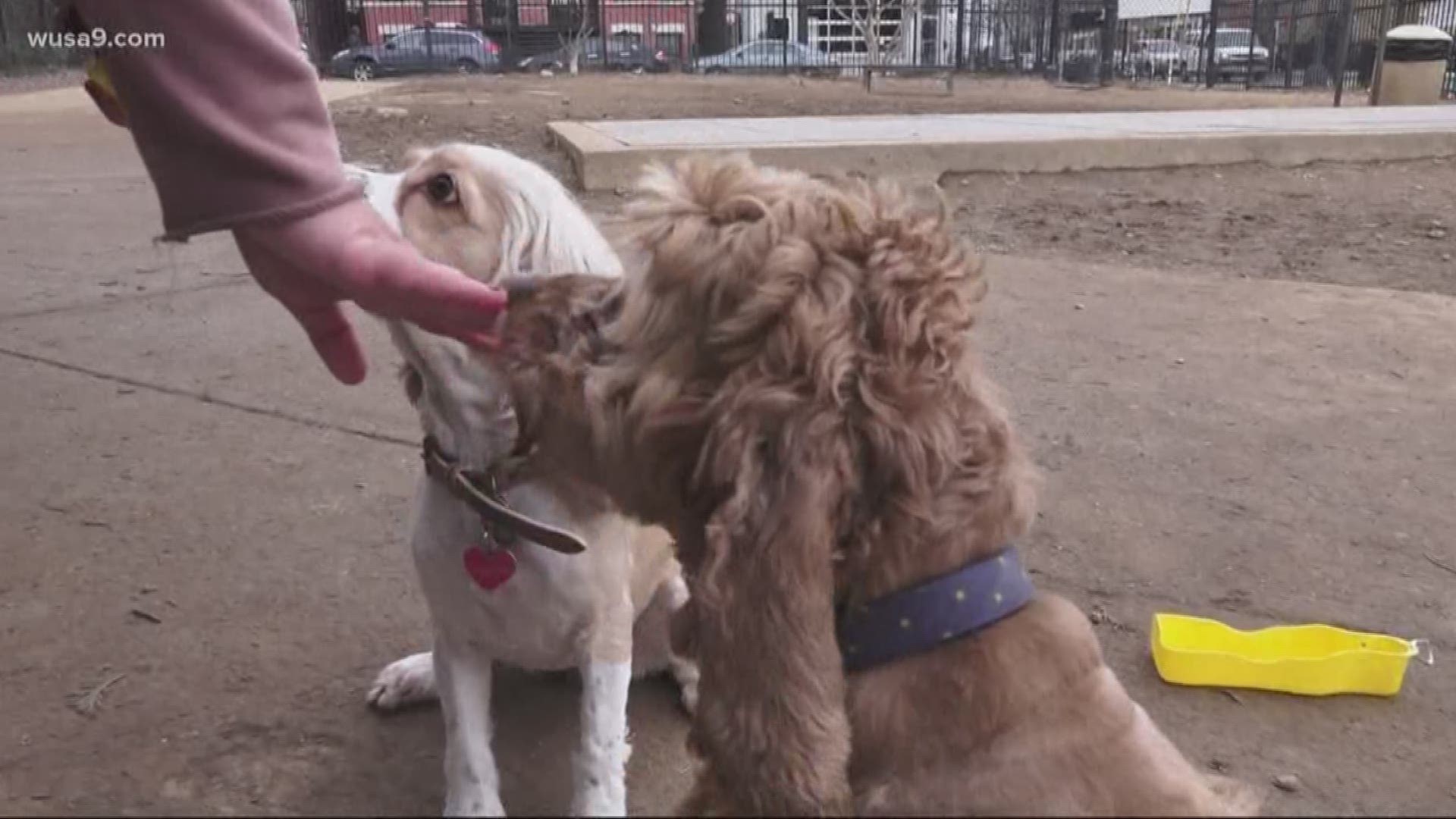 WASHINGTON — Is $2 million too much to pay for a dog park?

That is the amount of money D.C. is offering to buy a small plot of land for in Northwest, but critics said city leaders have bigger fish to fry and that the money could be better spent elsewhere.

“In the summer, it can be crazy here. Like crazy fun,” Shakira Lamberty told WUSA9.

The dog park at Park and 11th in Northwest is a big deal for dog lovers in the Columbia Heights neighborhood.

“Unfortunately, up on this side — Columbia Heights, Petworth-ish area, Mount Pleasant — there’s nothing here for us,” Lamberty explained.

Lamberty was shocked when she saw a for sale sign pop up.

“I saw that big for sale sign and I was devastated,” she said. “I was like *gasp* it’s moving forward. They’re going to sell it.”

WMATA owns the land but has let the community use it as a dog park for years.

When the transportation agency decided to sell the property, neighbors petitioned the city to buy it.

Eventually, the city council approved a bid for $2.1 million from taxpayers' pockets.

“I think it’s reasonable,” Lamberty said despite some people disagreeing.

Finio wrote an opinion article in Greater Greater Washington and called the city’s decision to place a multi-million dollar bid on the land for a dog park ‘unethical.’

“I just think it would kind of be a public policy contradiction to spend $2-million to preserve a dog park with the lot could be used to build additional housing, or the city could spend that money on another worthy project,” Finio explained.

“I wish that it cost less to acquire this dog park,” Ward 1 Councilmember Brianne Nadeau said. “To be honest with you, we might not even win the bid, but I do know it’s worth fighting for.”

Councilmember Nadeau sees the dog park is a valuable amenity in the community and said she has a plan in place that puts more than 500 affordable housing units in the pipeline for Ward 1.

“We have to be able to do multiple things at one time,” she said

Metro will be accepting bids on the property until the end of February.

If the dog park does not go to the city, Councilmember Nadeau said the community will search for another space close by.