75,000+ in DC could see unemployment benefits expire on Saturday

The Legal Aid Society of D.C. said Saturday that more than 75,000 people could lose unemployment benefits due to the delay in passing the pandemic relief package. 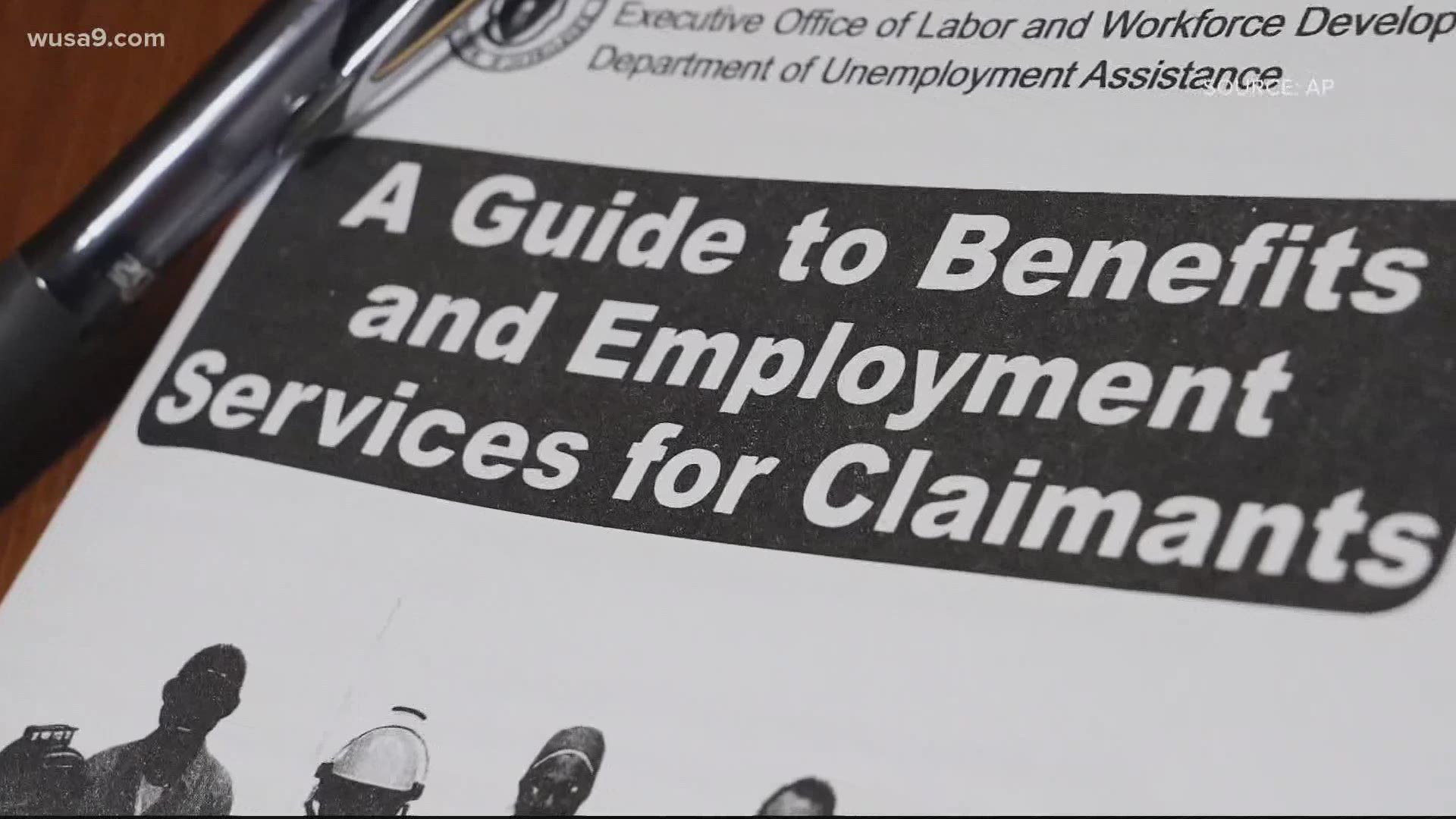 WASHINGTON D.C., DC — More than 75,000 people who once had jobs in the District are set to lose unemployment benefits on Saturday, according to the Legal Aid Society of the District of Columbia, as President Donald Trump refused to sign an over $900 billion pandemic relief package.

The stimulus plan was passed by Congress earlier this month and would extend the Pandemic Unemployment Assistance (PUA) and the Pandemic Emergency Unemployment Compensation (PEUC) programs, which assist people who had COVID-19 related job losses or reduction in incomes.

However, following the passage, Trump threatened to veto the measure unless direct relief payments to Americans who meet certain income requirements were more than tripled from $600 to $2000 each.

As a result, the Century Foundation, a "progressive, independent think tank," estimated that 12 million people around the country could lose unemployment benefits when they expire on Saturday.

Over the weekend, Legal Aid said the situation was leading to plenty of clients calling in and panicking over the possible loss of assistance.

"Just on the unemployment side, workers are going to be cut off from the only safety net benefits that many of them have access to," said supervising attorney Drake Hagner. "They will not be able to pay car payments. They will not be able to pay mortgage and rent. They can’t make financial plans. They don’t know whether they can afford to pay their bills due January 1.”

After the pandemic spread to the region in March, Hagner said Legal Aid was seeing a spike in people needing help filing unemployment claims and litigating appeals cases.

Some have been forced to wait in long food lines following their job losses, while others have lost their homes and are now living in their cars.

With some of the unemployment benefits coming to a possible end on Saturday, Hagner said the current uncertainty added on to the concerns for people whose jobs were impacted by the pandemic.

"It’s complete chaos. It’s extremely stressful for individuals and their families," she said. "We have people right now calling us at Legal Aid and we do not know where their next benefit check is going to come from. It just throws chaos into an already overburdened unemployment system that has had to work overtime in 2020.”

In total, Hagner estimated that 39,000 people who had jobs in D.C. could lose PUA benefits this weekend.

An additional 37,000 people could be impacted by the loss of PEUC benefits.

"Keep filing weekly claims to the best of your ability," she said. "Continue to file online for benefit programs you are in now. The safest thing to do is to continue to file and if you’re blocked from filing, take a picture of that pop-up message as proof you tried to file.”