The man arrested also had social media ties to the Pittsburgh shooter. 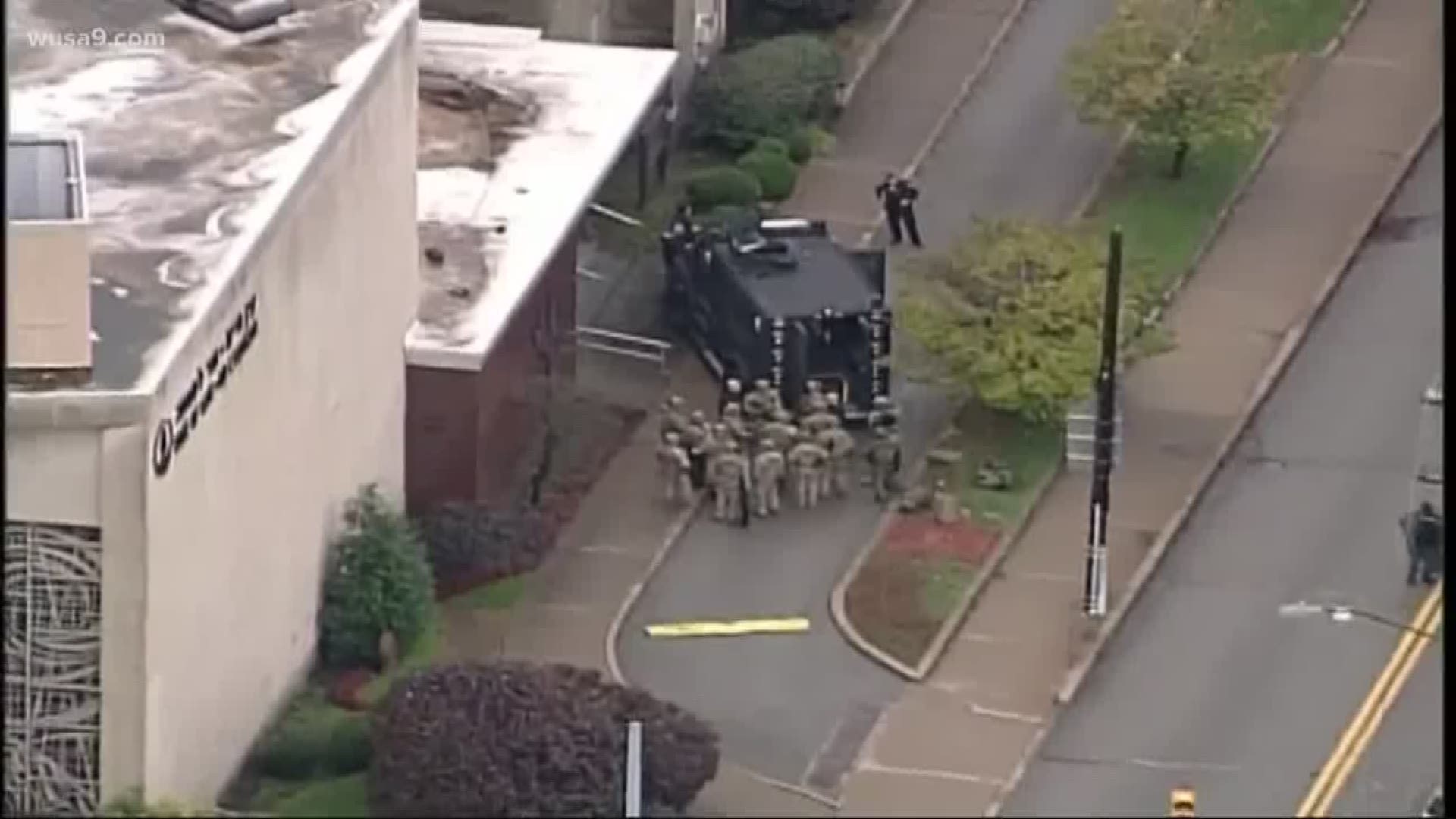 WASHINGTON -- A D.C. man who was arrested on Friday on gun charges allegedly had social media ties to the Pittsburgh synagogue shooter and told relatives that the victims of the shooting “deserved it.”

That’s according to court records on Jeffrey R. Clark, who resides in the Bloomingdale neighborhood.

Clark appeared in U.S. Court in D.C. on Tuesday where he was ordered held without bond. He faces two charges: one federal count of unlawful possession of firearms by a person who is an unlawful user of or addicted to any controlled substance and one District of Columbia count of possessing high-capacity magazines.

According to court documents, Clark was linked via social media to Robert Bowers, the man accused of killing 11 people inside a Pittsburgh synagogue in October, on the network Gab.

Gab has been the subject of much scrutiny since the shooting as Bowers was a frequent user of it and posted hateful messages on it.

Charging documents indicate that Jeffrey Clark called Bowers a “hero” in one of his posts on it and used slurs against Jewish people.

Relatives alerted authorities to Clark after the death by suicide of his brother, 23-year-old Edward “Teddy” Clark. Charging documents say Edward Clark killed himself on Roosevelt Island, on October 27, within hours of the deadly Pittsburgh massacre. Police recovered multiple rounds of ammunition at the scene. He did not leave a suicide note.

Relatives told investigators that Jeffrey and Edward Clark were involved in the “alt-right” movement and told them about the brothers’ connection to Gab and the Pittsburgh shooter.

After Edwards death, documents say Jeffrey Clark became more outspoken and “agitated” about his views, defending Bowers and telling relatives that he and his brother fantasized about killing “Jews and blacks,” documents say.

That’s when relatives called police out of concern and two relatives went to Clark’s house to confiscate his firearms. Investigators say of the four boxes Clark gave relatives, none contained firearms, but they did contain unregistered weapon pieces. Investigators wrote that these parts can be used to modify assault weapons.

Relatives would later tell investigators that the brothers had attended the 2017 “Unite the Right” rally in Charlottesville and believed they were pictured next to the man who allegedly drove a car into a crowd of protesters, killing one woman.

They also told investigators the brothers believed in a “race revolution,” that they wanted to take part in.

In another chilling detail in the charging documents: Relatives told investigators that they believed Edward Clark intended to commit an act of violence on the day he died as he had additional ammunition.

Between the brothers, charging documents indicated that they owned four registered firearms: two handguns, a shotgun and a rifle. Three additional unregistered guns, a handgun, a shotgun, and a rifle, were also recovered from Clarks’ home, as well as kits used to convert AR-15 rifles and four high-capacity AR-15 magazines, capable of holding up to 30 rounds of ammunition.

One of the registered handguns was used by Edward Clark when he died. None of these weapons could be modified by the pieces inside the four boxes relatives obtained.

Upon his arrest, Clark told FBI agents that he and his brother purchased the firearms because they believed there would be a “civil war,” documents say.

In the wake of the Pittsburgh shooting in October, nine faith-based organizations received nearly $1 million in funding from the Department of Homeland Security and FEMA for security. Meanwhile, one organization, Adas Israel, has made efforts to raise money for all synagogues in the area.