DC Police say the girl was unable to stop her bicycle when she got into the path of a van crossing an intersection. 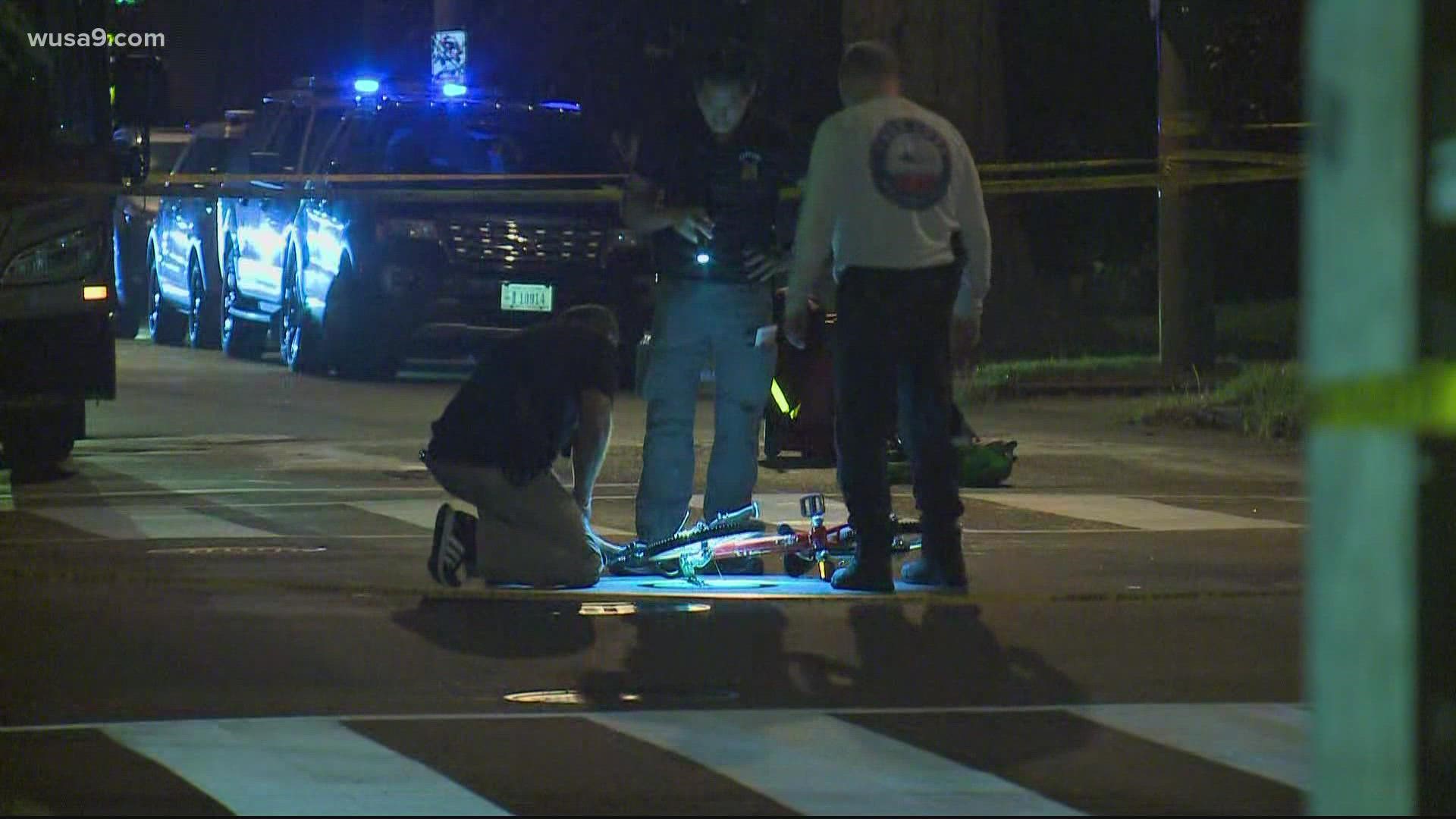 WASHINGTON — Residents in Brookland are demanding changes to traffic safety after a 5-year-old girl riding her bicycle was killed in a traffic crash.

Members of the neighborhood gathered to discuss traffic safety at a community meeting on Tuesday night, organized by Ward 5 State Board of Education member Zachary Parker.

"No longer can we accept mere talk about Vision Zero," Parker said in a tweet. "We need immediate, comprehensive action to make our streets safe for everybody. Incrementalism won’t cut it. Thank you to neighbors that came out to share your experiences. I hear you, and I will follow up with updates soon."

DC Police say Allison Hart was unable to stop her bicycle and entered the intersection of 14th & Irving Streets in Northeast around 7 p.m. on Monday. She got into the path of a Royal Cab Transit van crossing the intersection after coming to a complete stop, per police.

Kleppinger and neighbor Bridget Matzie live only two blocks away from the incident near 13th & Hamlin Street. Both of them have been advocating to have more traffic safety measures in place, especially at their intersection where they have seen multiple crashes over the last few months.

"I can't say surprised because we've been dealing with such difficult traffic situations here for the past several months and it seems to have gotten worse during the pandemic," Kleppinger said.

Emails sent to Councilmember Kenyan McDuffie and the District Department of Transportation (DDOT) in July showed their attempt to push for at least four-way stops to slow down drivers who speed and improve the possible visibility issue since the intersection sits on top of a hill.

Kleppinger began taking pictures of the incidents including one where a motorcyclist was thrown off and another where a vehicle knocked down a stop sign and crashed into a retaining wall. With the help of Advisory Neighborhood Commissioner Ra Amin, DDOT installed a new stop sign despite an initial longer timeline.

In an email on July 19, Matzie said, "I really am not exaggerating when I say that it’s only a matter of time before someone is killed here if there is not some change."

"The side streets that cross over the numbered streets, they're all dangerous and  I've seen close calls to almost all of them, so we need multiple traffic calming measures," she said.

Members of the community have criticized Councilman Kenyan McDuffie over his response to addressing pedestrian and traffic safety. On Tuesday, he sent a letter to DDOT Director Everett Lott to highlight the ongoing requests from residents to improve streets.

"The Brookland community, specifically the area that is within the boundaries of ANC 5B, has been heavily impacted by collisions involving vehicles," the letter read. "Within the 2021 calendar year, my office has been notified of several of these incidents. Within this number includes two (2) fatalities; both victims  were operating as cyclists at the times of their deaths."

In 2021, there are have been numerous requests made to DDOT:

“My thoughts and prayers are with the Hart family as they mourn during this incredibly difficult time," McDuffie said in a statement to WUSA9. "I sent Director Lott a letter yesterday requesting an update on a number of traffic safety solutions that my office and community leaders have demanded over the past several months. Those solutions require immediate improvements, including stop signs, high visibility markings, protected bike lanes, speed humps, and a comprehensive pedestrian and cyclist safety strategy that begins now."