Several buildings were evacuated and roads were closed near the U.S. Capitol following a reported bomb threat at the U.S. Department of Health and Human Services. 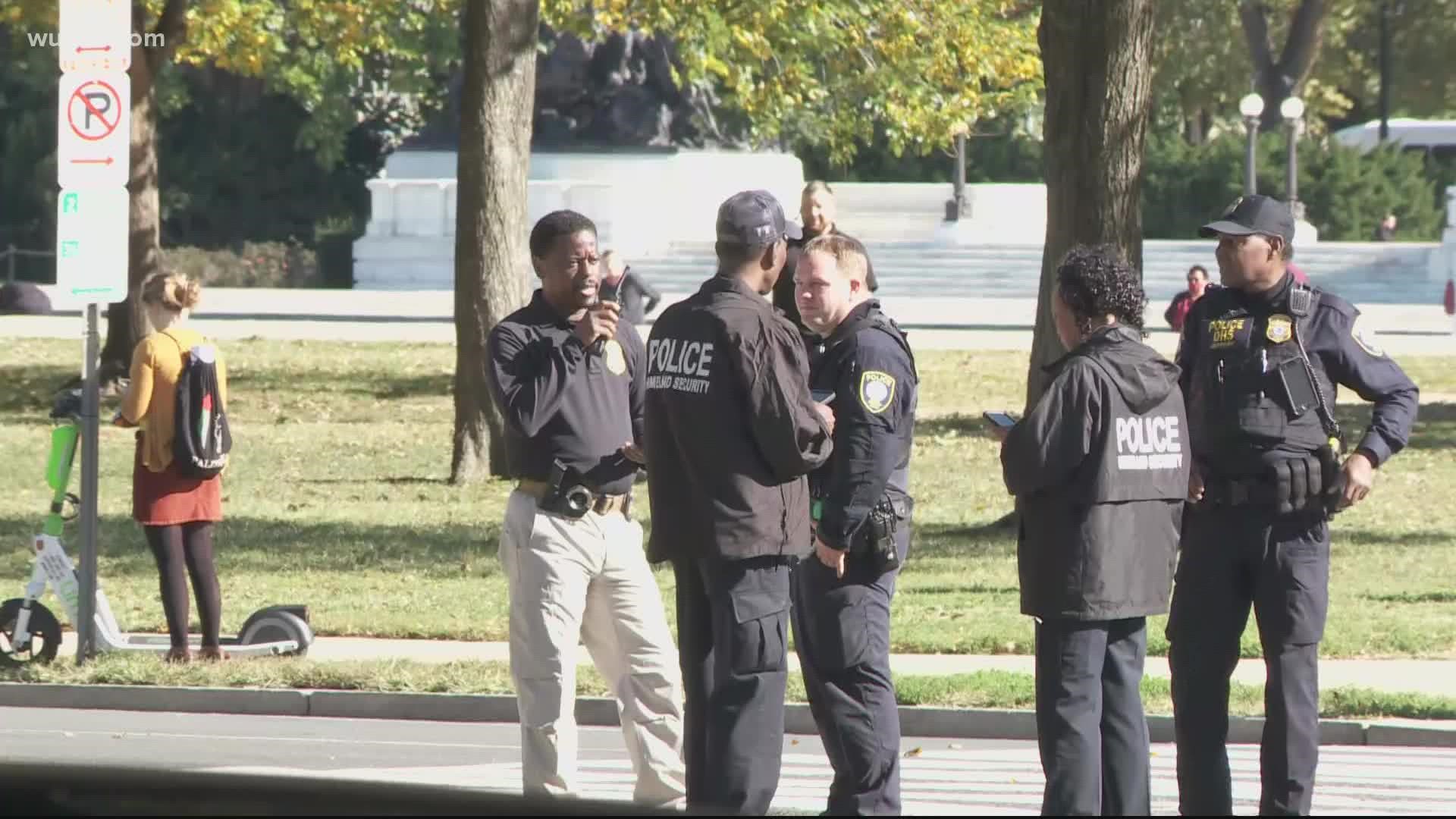 WASHINGTON — Police officials have given the "all clear" after a reported bomb threat at the Department of Health and Human Services forced evacuations and street closures for several hours Wednesday. Investigators say they found no evidence of a bomb.

According to HHS Assistant Secretary for Public Affairs Sarah Lovenheim, a bomb threat was received at the Humphrey Building around 9:30 a.m.

"Out of an abundance of caution, we evacuated the building and there is no reported incident," Lovenheim said.

Numerous streets around the Capitol were closed, including portions of Independence Avenue, 3rd and 4th Streets and C and D Streets. HHS worked with Federal Protective Service and DC Police's Explosive Ordinance Disposal Unit to monitor and evaluate the situation.

Evacuees say they were able to return to buildings around 2 p.m., including Major Ann Fant who has only worked in D.C. for months and has already dealt with multiple building evacuations.

"I believe that everyone that showed up today did everything that their trained to do, and wanted to make sure that we could go back into our work spaces safely and as quickly as possible," Fant said.

Fant reported being stuck outside for more than three hours.

USCP also ordered the evacuation of the U.S. Botanic Garden and the O'Neill Building. A number of museums were also closed while the threat was being investigated.

The Capitol complex has been the target of an increasing number of threats since January when a mob of thousands of supporters of former President Donald Trump assaulted a joint session of Congress.

Wednesday’s bomb scare came just three days after the latest incident – a “specific threat” against uniformed members of the Capitol Police. USCP and D.C. Police Department officers spent hours searching the Capitol complex on Sunday, but no suspect was found. USCP says the investigation into that threat remains ongoing.

>> Here’s the alert US Capitol Police just sent out about the bomb threat at Department of Health and Human Services, close to the Capitol… @WUSA9 pic.twitter.com/XPe6oTzCaw

Earlier this month, Capitol Police shut down roads near the U.S. Supreme Court building after a Michigan man illegally parked his car next to it and refused to move. Police said when officers approached, he told them, “The time for talking is done,” and then refused to speak further. A team of officers eventually removed him from his vehicle after crisis negotiators were unable to talk him out.

In August, multiple congressional staff buildings were evacuated as police tried to negotiate for more than 5 hours with Floyd Ray Roseberry – a North Carolina man who parked his truck in front of the Library of Congress and then demanded President Joe Biden and other prominent Democrats resign. In a live stream posted to his Facebook page, Roseberry claimed his truck was rigged to explode if the window was broken. He now faces a potential sentence of up to life in prison if convicted of threatening to use a weapon of mass destruction.

Not all of the recent threats to the Capitol have ended as peacefully. In April, USCP Officer William “Billy” Evans was killed when a 25-year-old man rammed his vehicle into him and another officer at a traffic checkpoint on Constitution Avenue near the Russell Senate Office Building. The suspect, Noah Green, was shot and killed by another officer when he lunged toward them with a knife.