Bill to regulate short-term rentals, such as Airbnb, passes unanimously, with exemption amendment 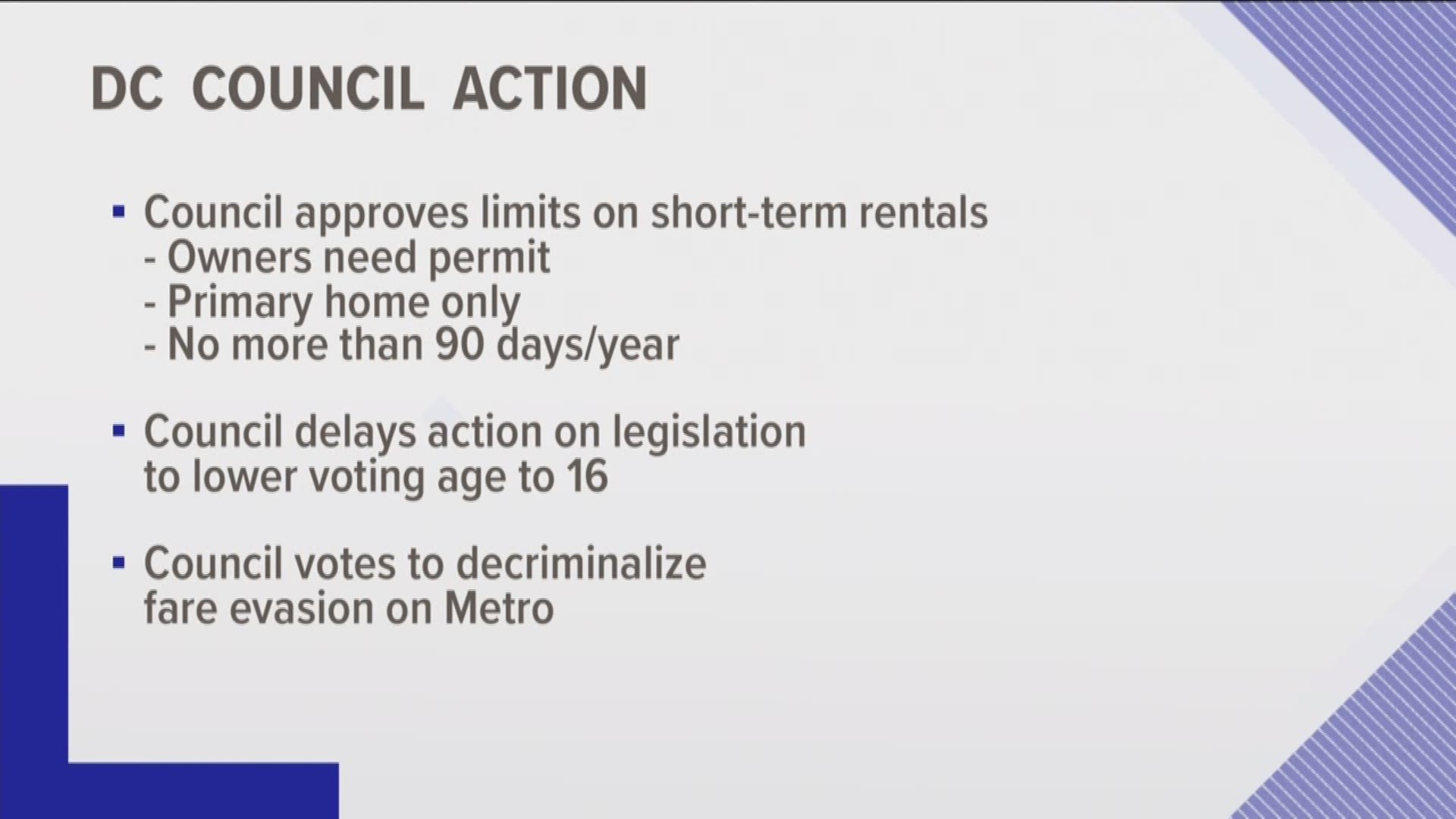 WASHINGTON -- A bill to regulate short-term rentals in the District of Columbia passed unanimously in D.C. City Council on Tuesday.

The bill, which Airbnb has vigorously campaigned against in recent weeks, requires people listing short-term rentals on platforms like Airbnb to obtain a license to do so.

Furthermore, residents may only list on their primary residences, but may list unit anywhere on their property. If the host is not present in their home, they may only list up for 90 days a year for renting. Hosts who are present may list all year.

An amendment offering a hardship exemption on the 90-day cap also passed on Tuesday, after Councilmember Silverman and others argued that servicemembers or diplomats who must travel on a moment’s notice would be restricted from taking part.

The D.C. Council's reckless vote today is the latest example of the misleading tactics used to pass fiscally irresponsible home sharing policy. This Council managed to accomplish the seemingly impossible today, simultaneously depriving D.C. residents of $64 million in supplemental income annually and then sending D.C. taxpayers a bill for $104 million. While our host community of 6,500 D.C. families hoped for a better solution, we remain committed to ensuring home sharing is protected in our nation’s capital.

“Protecting affordable housing options in D.C. is vital to our efforts in ending homelessness and helping low-income families find a stable, affordable home. We praise the City Council for pushing this important issue forward to not only safeguard housing for the families we serve in D.C. but also relieve the pressure short-term rentals cause on the cost of housing citywide,” wrote member Kelly Sweeney McShane, President and CEO of Community of Hope – DC.