The Red Hen DC has made it clear that they are unaffiliated with the Red Hen in Lexington. 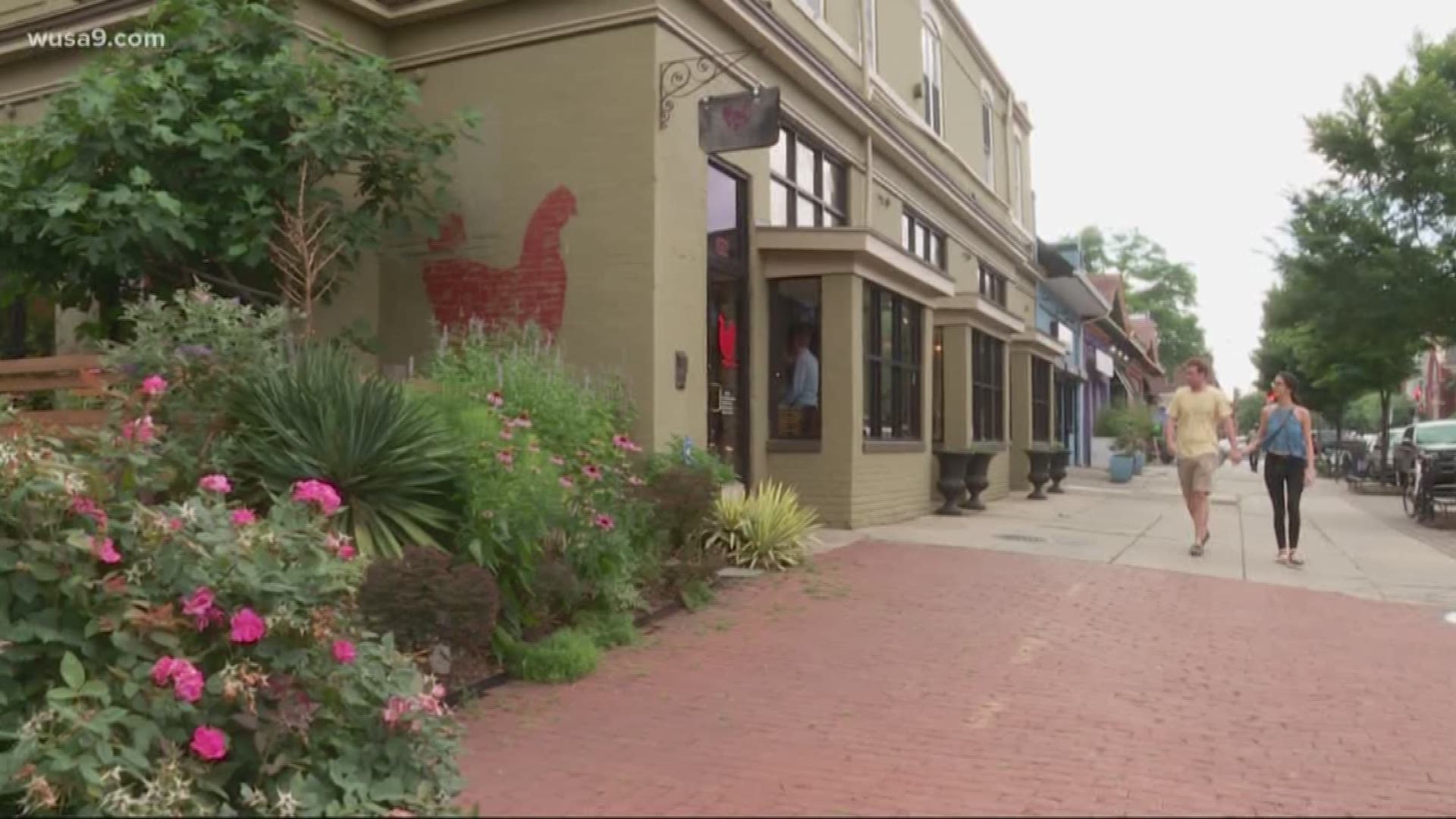 Good morning! @PressSec went to the unaffiliated @RedHenLex last night, not to our DC-based restaurant.

RELATED: Sarah Sanders says she was kicked out of Virginia restaurant by owner

The Red Hen in DC says the restaurant Sanders Tweeted about, the Red Hen of Lexington, Va., is unaffiliated with them.

"We're all about inclusion," said Mike Friedman, owner of the Red Hen in DC. "Everyone who walks through these doors at the Red Hen in DC is treated with the same dignity, respect and hospitality."

According to the Press Secretary’s Twitter account, she was asked to leave the Red Hen in Lexington on Friday night by the owner because she works for the president. “Her actions say far more about her than about me," Sanders said.

Last night I was told by the owner of Red Hen in Lexington, VA to leave because I work for @POTUS and I politely left. Her actions say far more about her than about me. I always do my best to treat people, including those I disagree with, respectfully and will continue to do so

While the Red Hen DC was quick to make a clarification within the hour that Sanders posted her message, both their Yelp page and Facebook page already got several posts by people confusing their restaurant for the Lexington one.

On Facebook, Lynne Kaliczak wrote “TERRIBLE PLACE THAT LET'S THEIR MANAGERS KICK SARAH SANDERS OUT FOR NO REASON OTHER THEN SHE WORKS FOR POTUS,” before giving the establishment a one star review.

On Yelp, user Thahn L wrote, “Heard they don't serve people they politically disagree with. Sad. Was going to bring our whole crew there. Maybe we will, just to protest outside or use their bathrooms,” along with a picture of a group of people wearing Make America Great Again attire outside of the White House.

Friedman said his Bloomingdale restaurant even had a few threats that included messages that "restaurants will burn."

He told WUSA9 that he contacted DC Police after the restaurant received those messages.

Friedman added he did hear from the Red Hen restaurant in Lexington. It called to explain what had happened with Sanders and that there was the possibility some backlash could head toward Washington.

Either way, Friedman said he was not surprised by some of the negative responses that were hurled toward his restaurant.

"We live in a political climate that is interesting at best and there's a lot of miscommunication that goes out there," he said.

This is the second time in recent weeks someone affiliated with the Trump administration has had trouble at a restaurant.

In D.C. on Tuesday night, protesters interrupted the dinner of Department of Homeland Security Secretary Kirstjen Nielsen's dinner at a Mexican restaurant. Videos of the incident show protesters chanting “shame” at the Secretary who had recently defended the administration’s controversial family separations at the border.

Since Sanders’ Tweet, the Red Hen in Lexington, the one she is referring to, has also been hit with negative social media reviews.