A Go-Go book club? The DC Public Library has you covered 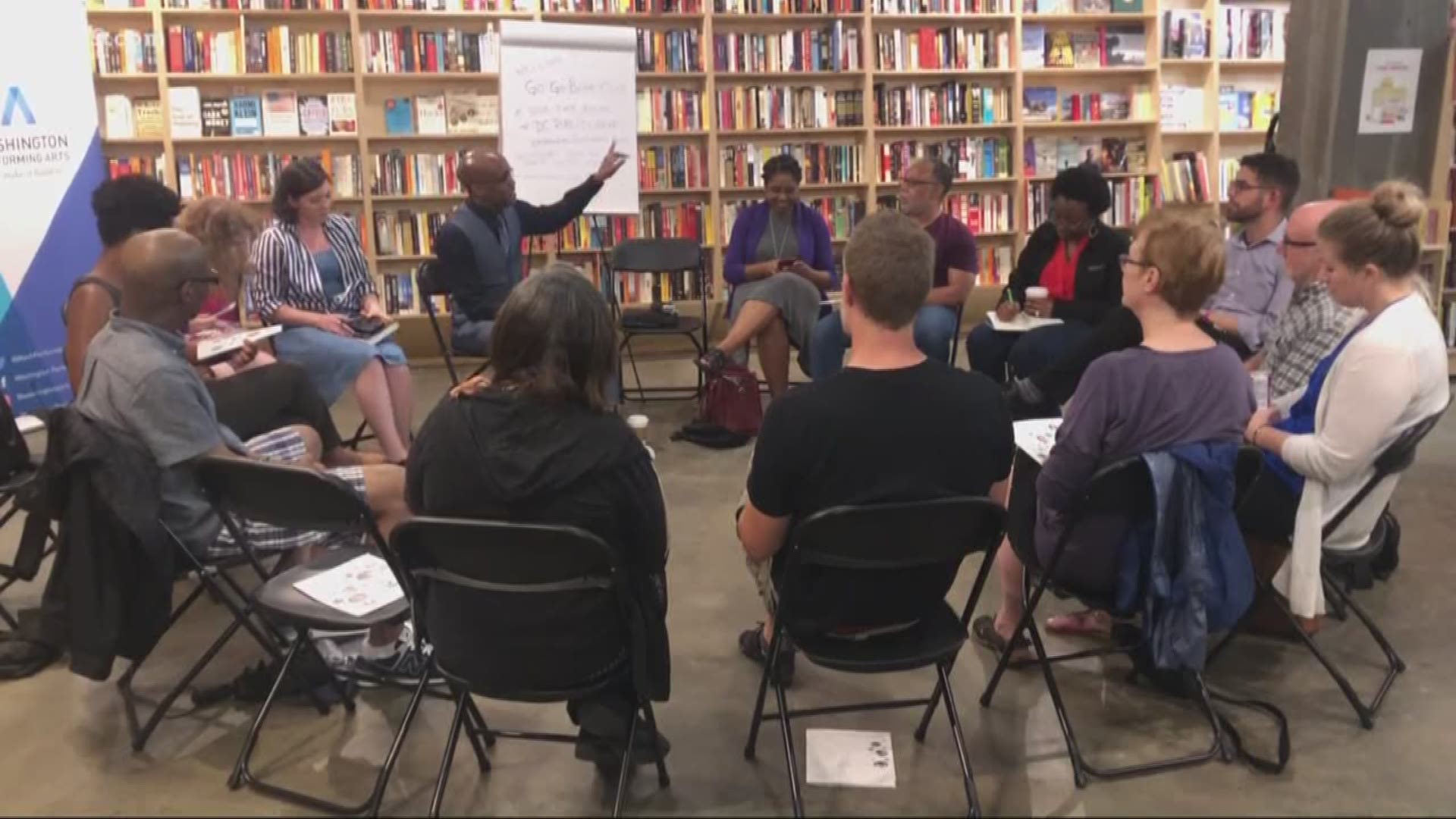 WASHINGTON - The D.C. Public Library is fighting to preserve D.C.'s Go-Go sound in its own unique way.

DCPL recently launched its own book club to discuss literature about the music genre and its culture pertaining to D.C.

Go-Go music's place in D.C. became a major topic in April when a resident in the Shaw neighborhood tried to get the MetroPCS store at the corner of Georgia and Florida avenues to stop playing the music outdoors.

The incident started a larger conversation about the effects of gentrification in the District.

However, DCPL's idea to start a book club started earlier than the #DontMuteDC movement that grew out of the Shaw incident.

"Some people actually will retain that information in a way that you might not if you are browsing through social media and looking at headlines."

DCPL plans to hold three discussions on separate books throughout the summer. The first discussion was held Tuesday at Solid State Books, on H Street NE, about the book The Beat: Go-Go Music in Washington D.C.

On Thursday July 18, the club will discuss Take Me Out To The Go-Go: the autobiography of Kato Hammond at the same location. The club will then end with a conversation over Go-Go Live: the Life and Death of a Chocolate City at Solid State Books on August 15.

Music Journalist Marcus K. Dowling was one of the moderators at the first book club discussion. He said the club gives Washingtonians an opportunity learn more about the city where they live.

"It's ultimately the best way to be a Washingtonian," he said. "Is to truly understand the history and heritage of Go-Go music."

Rachael Payton also attended the book club's inaugural meeting. She said she liked learning about the genre's cultural impact in a face-to-face setting.

"Having the older generation here, I can learn more about what their experiences were like."