6 Metro stations to reopen, but more shutdowns are coming to Maryland, Virginia

Metro's biggest-ever rehab project is barely half over. Now, the transit agency is eyeing how to best fix 14 more stations in 2020 and 2021. 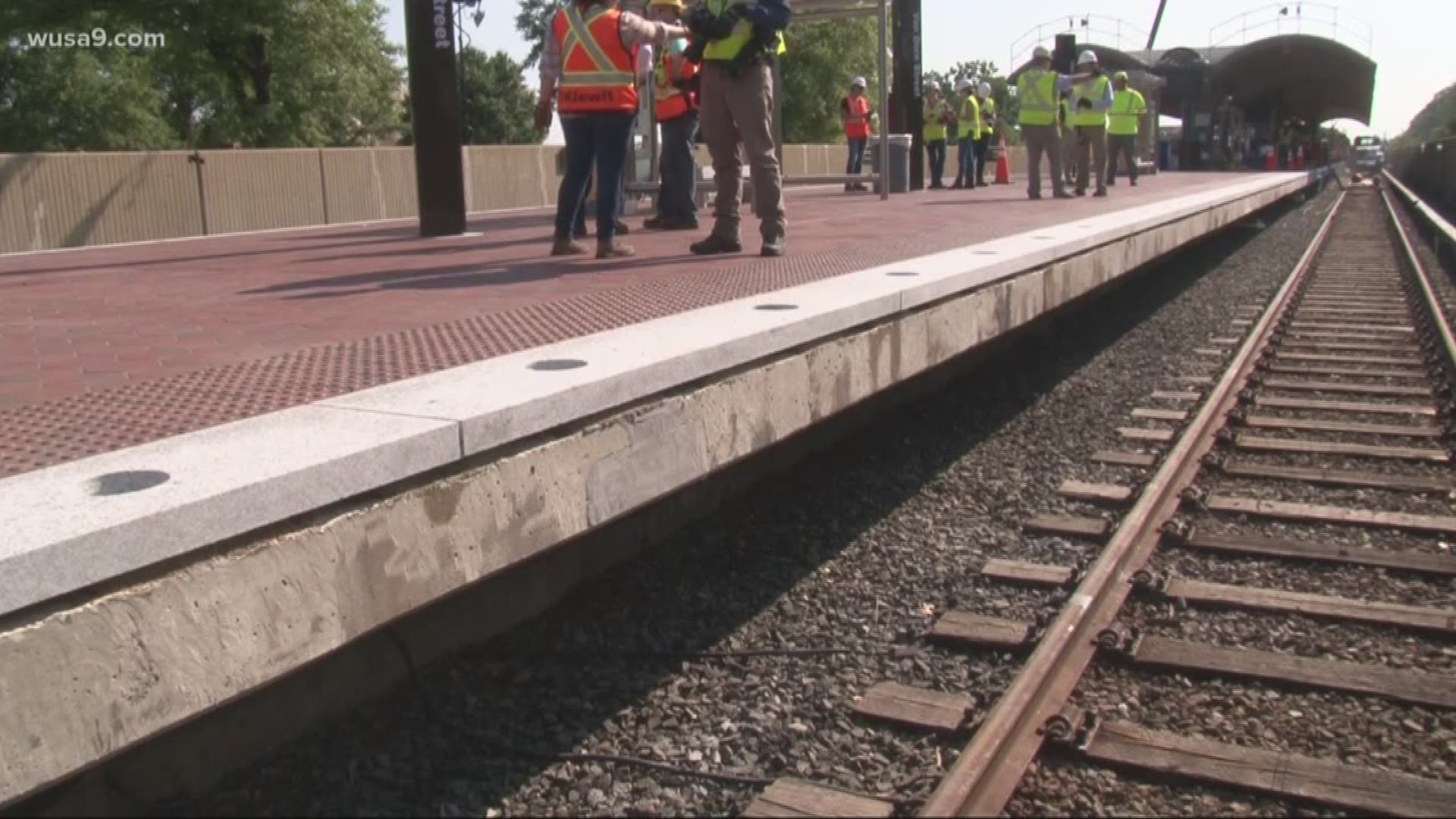 WASHINGTON — Alexandria-area Metro stations that have been shuttered for the summer are about to reopen Sept. 9, but more than a dozen more stations need the same work over the next two years.

Wiedefeld was at Van Dorn Street Metro, which has been closed since Memorial Day -- 800 workers have been hammering away at a half-dozen outdoor stations, but crumbling platforms still need to be fixed at 14 stations. Work blitzes will keep closing stations over the next two summers.

"If we were doing this the way we used to, we’d be maybe 20 percent done," Wiedefeld said.

RELATED: With no Metro for months, get a first look at fixes made at 6 Virginia stations

Wiedefeld said he’s meeting with local leaders with notes on the latest shutdown. Metro said it is possible that not all stations will close at the same time. Riders could also see changes to Metro’s free, shutdown shuttle buses.

"I understand that it’s painful when you do it, but then you’re done," Wiedefeld said.

Metro said the latest work impacted one in 10 rush-hour riders, but the lessons learned could affect even more.

"This is major, major work across the board," Wiedefeld said.

RELATED: Lower speed limits are coming to a neighborhood near you. How slowing your commute by 48 seconds could save lives

Metro said next year’s shutdown plan should be finalized by the end of this year. A spokesperson said travel alternatives such as shuttle buses will be announced in the spring.