1,000 + SE DC residents left without power due to downed powerline on Wheeler Road

Pepco crews are at the scene working to fix the outage. 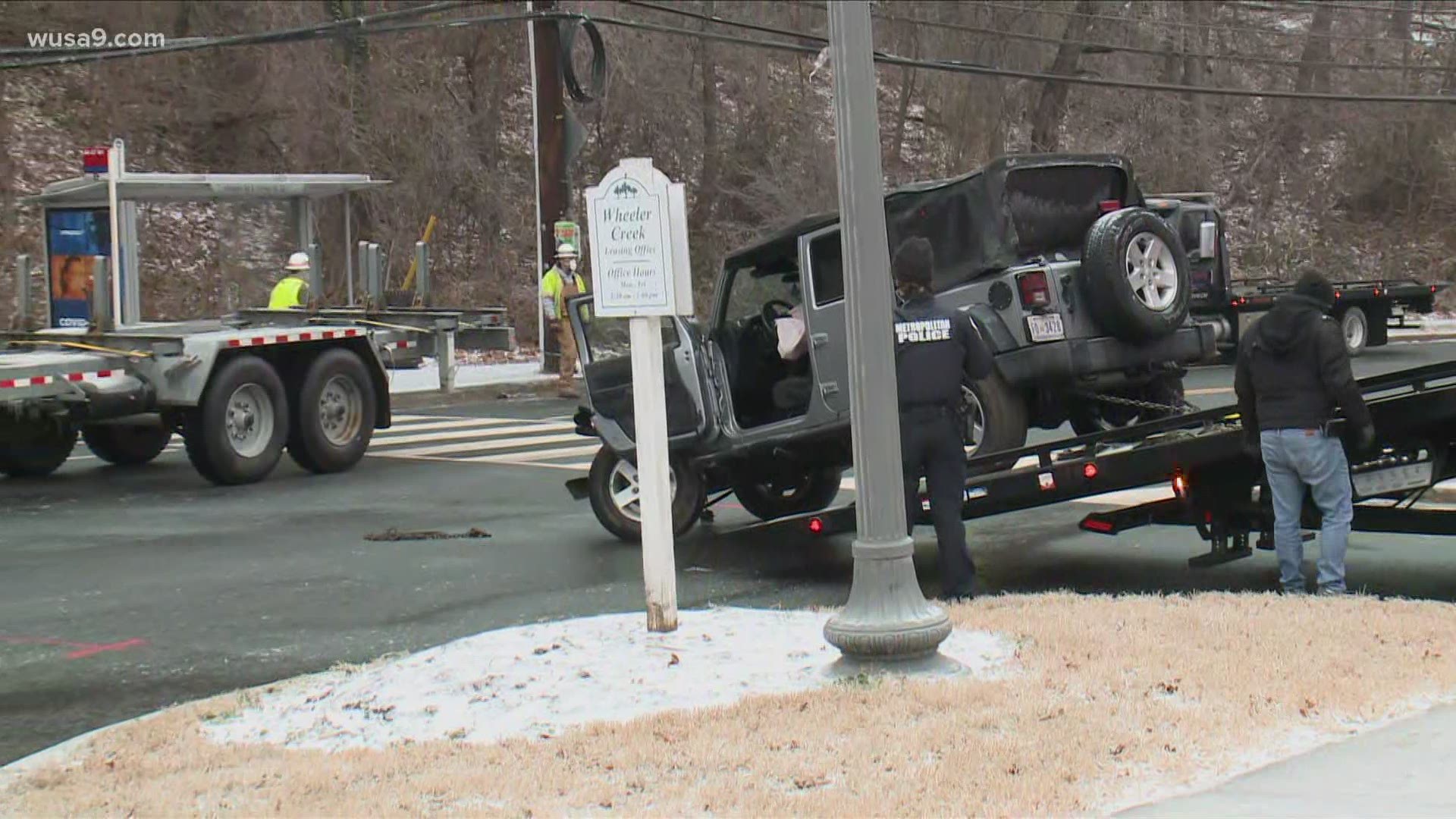 WASHINGTON — A downed utility pole in Southeast D.C. has left about 1,200 customers without power early Sunday morning, according to Pepco.

A car crashed into a utility pole around 3 a.m. in the area of Wheeler Road, officials said. The accident caused a power outage that impacted about 1,200 customers in the area.

D.C. Fire Department firefighters were called to the scene of the crash and said they did not transport anyone to the hospital.

Fire said they did respond to the scene for an accident but there were no transports.

WUSA9 Reporter Zach Merchant was at the scene and said it appears the airbag deployed in the crashed Jeep.

Pepco reports about 500 customers in the area are now without power@wusa9 pic.twitter.com/8fVpbDsUmt

It is unknown if the cause of the car accident was weather-related.

Around the time of the crash, there was freezing rain, slick spots and icy roads in the D.C. region.

This story is developing. We will continue to update this story as additional information becomes available.