One person died and two others are injured after being shot in the District Sunday night. 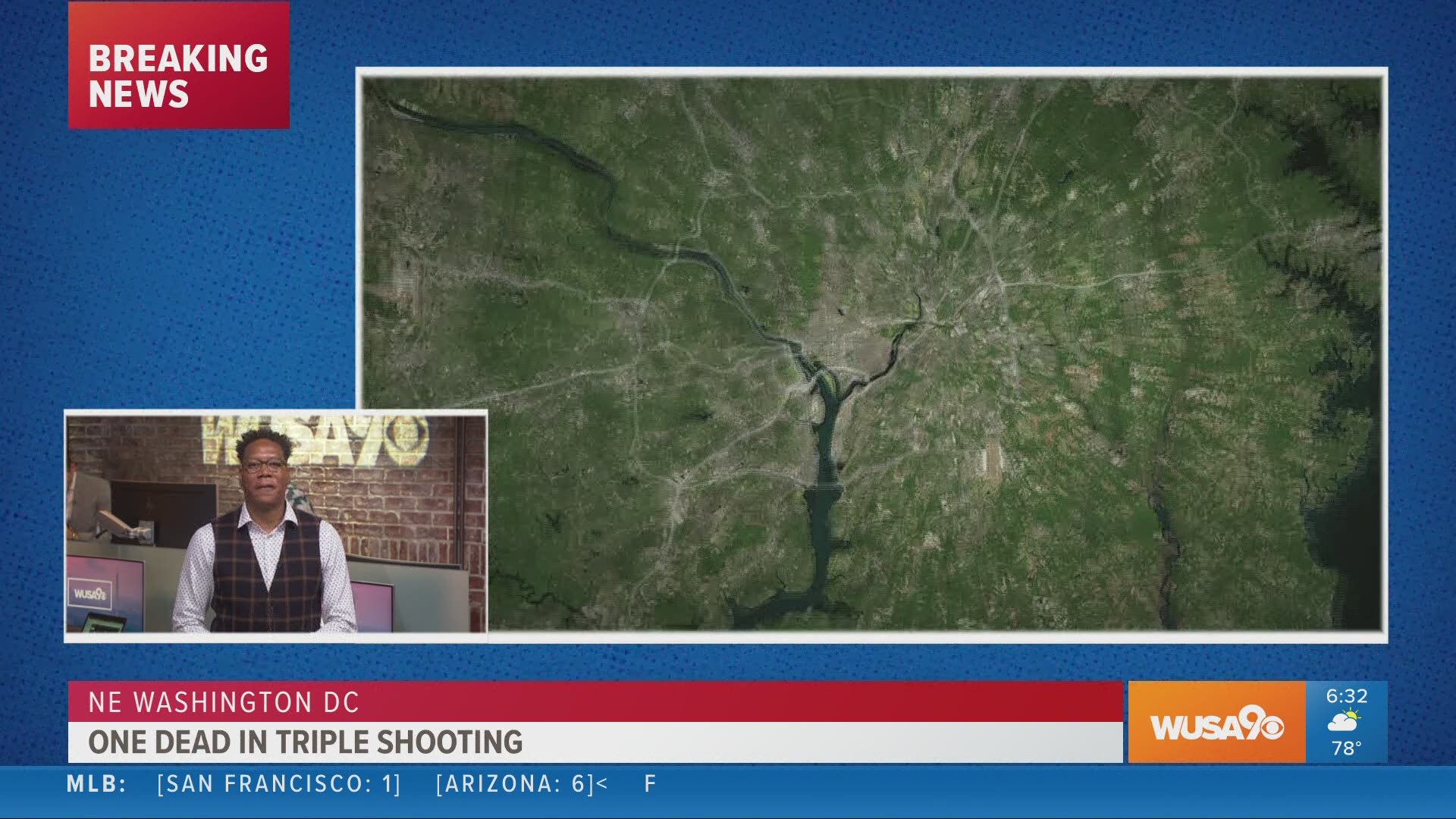 WASHINGTON — One person is dead, two others are injured after a shooting in the District late Sunday night, police said.

Authorities were called around 10 p.m., to the 1500 block of 45th Street in Northeast for reports of a shooting.

When they arrived, they found three victims suffering from gunshot wounds. They were all taken to a hospital, where one victim, who has not yet been identified, died.

RELATED: 2 dead after 3 separate DC shootings in less than 2 hours

The condition of the other two victims is unknown at this time. No suspect information or motive has been determined.

Anyone with information on the shooting is asked to call D.C. police.

No additional information has been released. We will update you as we learn more.

Just five days ago, 20-year-old Alonzo Hines, Jr. was shot and killed in the same block as Sunday's shooting. No one has been arrested for his murder.

Sunday's triple shooting marks the 104th homicide for the District. Last year at this time, there were 95 homicides. -- that's a 9 percent increase.

According to data from the D.C. police, it shows that there is a 2 percent increase, from last year, in all crimes, but there has been a decrease by 2 percent in all violent crimes.

Homicides, sex abuse, assault with a dangerous weapon and robbery fall under the violent crime category on the D.C. crime statistics.

Robberies and homicides are the two categories that show an increase from last year.