A mom says the principal sent a warning to parents that if they don’t pick up their kid on time, the Child and Family Services Agency will be called. 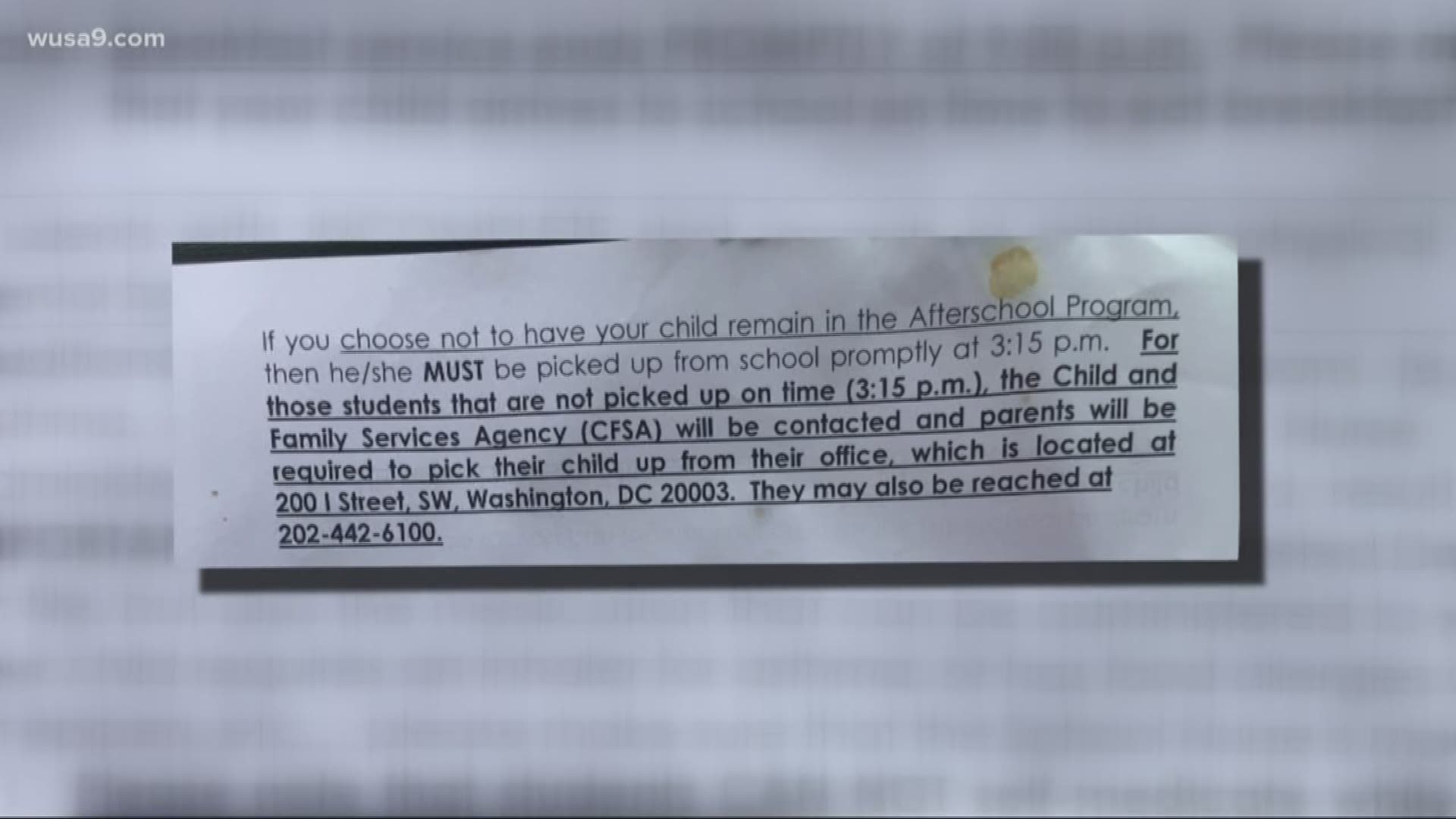 But a D.C. mom couldn’t believe the strongly worded letter she received from her child’s school. This mom said the principal sent a warning to parents that if they don’t pick up their kid on time, the Child and Family Services Agency will be called.

So, we wanted to get to the bottom of this one. Can schools call Child Protective Services on a parent simply because they’re running late? And what does that mean for the family?

The mom from Patterson Elementary received that "welcome back to school letter" that outraged her -- she said she even considered it a threat.

It states in bold and underlined: “For those students that are not picked up on time (3:15pm) the Child and Family Services Agency will be contacted, and parents will be required to pick their child up from their office."

"We all have an obligation to keep our young people safe," DCPS Chancellor Lewis Ferebee said.

Getting Child and Family Services involved is enough to make any parent concerned, the Deputy Director of CFSA said. In a statement he reminds parents that "situations like this do not automatically mean it’s a case of neglect or cause for investigation."

Deputy Director Robert Matthews said that in many cases, they call mom or dad to find out they’re just stuck in traffic. CFSA couldn’t tell WUSA9 how often this happens because they don’t keep records of that. But he said they work with schools to track families down.

"Collaborating with parents and the community to make sure kids have proper supervision when students are on campus and when they’re travelling to and from is something we’re always thinking about," Ferebee said.

So collaborating or calling Child and Family Services if a parent runs late is DCPS policy.  As for how Patterson’s principal expressed that policy in the strongly worded warning letter – we’re told she’s re-sending the letter with new wording and a little context.